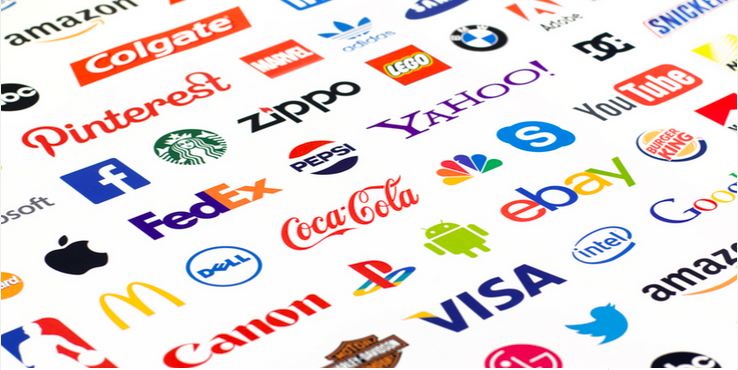 Shots fired. I mean, from an underpowered bb gun, but shots nonetheless https://t.co/acWMfUZRwW

…and was fair enough, I was being snarky. But, Josh’s jibe got me thinking. Do I really hate brands?

A couple of months back I wrote a piece about why brands trying to be your friends on social media is the worst thing about Twitter, Facebook and the other services. I stand by it. In fact, my stance has probably hardened.

The chummy, buddy buddy tone of a lot of brand accounts is horrible. It reminds me of the AI toaster in ‘Red Dwarf’ so eager to make a personal connection but ultimately terrible at getting its real job done.

Last week I found myself tied up in a minor Kafkaesque situation where EE, the mobile network, cut off my phone before my bill was due because my monthly spending was higher than usual.

Hey, @EE! Why are you ignoring @brokenbottleboy's tweets. Did he fail to RT you one time, or something?

The company also made it impossible to pay the bill online and, despite cutting my phone off, expected me to call it to sort out payment. Messages to its Twitter account, both as public replies and direct messages, got sporadic responses. It took days to sort out.

This situation with @EE not letting @brokenbottleboy pay his bills is REALLY STARTING TO GRIND MY GEARS! pic.twitter.com/VOGz3hfcZe

Yes, I know, it was a minor problem. It’s not landmines or childhood poverty, the European migrant crisis or the impending threat of bio-terrorism. But this is the trouble with brands in the social media saturated age:

They want to play at being your friends but the mask slips pretty quickly when things go wrong. It’s like discovering your new pal is actually a heartless robot with human flesh carelessly pasted on top.

When Josh sneers at me for being ‘edgy’ in my dislike of brands, I don’t bristle at it, so much as sigh with disappointment. There’s a problem with ‘brand love’ in tech journalism and tech culture as whole, one that’s rarely addressed.

We often give companies a pass by yoking their successes and products to our personalities and our own sense of worth. It’s worse in journalism, where seeming to be on side with Apple, Facebook, Microsoft, Twitter or any of the other ‘giants’ has a clear benefit: Patronage.

It’s not said out loud enough, but there is a direct correlation between tech press ‘exclusives’ and singing the right tune for companies and their PR teams. It’s not as direct as some commenters believe it is though.

The tech giants aren’t paying press cheerleaders to say nice things – at least, not directly. Traffic is payment in kind and traffic comes from access; the first look at a new phone, an early heads up on an interesting feature.

As a reader, you should be suspicious of the marquee exclusive on a new product or service, the extremely long long-form piece that’s ready minutes after Microsoft or Google reveals a new product.

There are always lots of great details in those pieces, but they are the product of access culture and, even if their writers believe otherwise, they’re not free from compromises. Tough questions don’t often deliver easy access. They never have and they never will.

I’m not saying you should exempt The Next Web from that kind of scrutiny or analysis either. We can and should be called out whenever something doesn’t pass the sniff test for you and we respond to those questions when they arise, as they inevitably do.

Here’s an example of the problem from my own past. Five years ago, I wrote a long piece for Wired about the resurgence of Kodak. I was given extensive access to its executive team and was really charmed by its then Chief Marketing Officer, Jeff Hayzlett.

The piece I wrote, while skeptical about the photography company’s future, angled towards optimism. That’s both a product of Wired’s general editorial tone – positive futurism over dystopian gloom – and of the fact that I was treated so well by the Kodak team.

There were no gifts, no bribes, no payments, but I liked the people and my article reflected that. Kodak today is in an even worse state, a busted flush, not a reborn giant.

I’m not saying that journalists should hate brands, but it isn’t edgy to distrust them and their motivations. It’s a service to readers. Taking what a brand tells you as gospel is always a mistake.

I believe that people at Apple, Facebook, Google, Twitter and Microsoft ultimately want to do good things, but that doesn’t always mean their collective decisions or corporate policies end up like that. Take Windows 10’s privacy problems as a recent example.

Look for the writers who are willing to question the brands whose products you enjoy using. And ask yourself why you love particular companies and not others.

We are all susceptible to marketing, however much we like to tell ourselves that we’re not. I just typed that on a MacBook while listening to Apple Music and drinking a Diet Coke, so believe me, I realise.

Read next: Vine’s toxic culture will take a lot more than 6.5 seconds to fix

Read next: DU Battery Saver gives you control over your smartphone's battery life