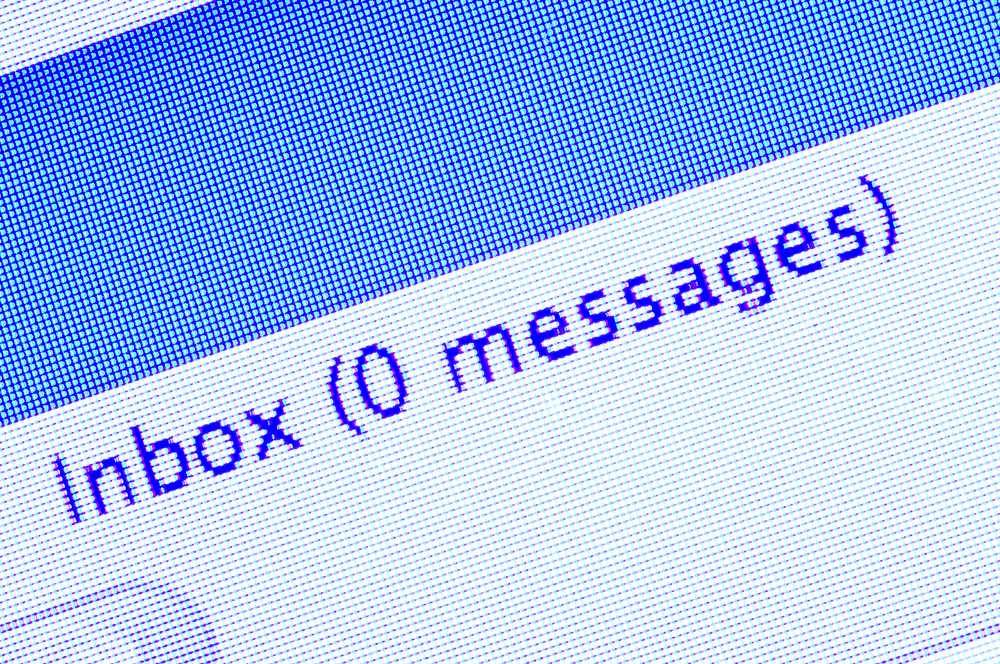 The point being that 'Inbox Zero' now is not what Merlin Mann was originally talking about. It's a pathetic kind of digital pudding contest

Autocorrect did me a disservice in that tweet. I wanted to say that Inbox Zero has become a kind of digital pissing contest but we can all agree that “pudding contest” sounds more appealing.

At the start, Inbox Zero was an interesting and useful idea. Here’s its originator, Merlin Mann, outlining it in a talk at Google back in 2007:

It’s worth watching, even if you’re now rolling your eyes and muttering about how you totally just use Slack now and email doesn’t matter anyhow.

Mann’s point wasn’t some obvious canard about winnowing the number of emails in your inbox down to zero. That’s what the most simplistic reading of ‘inbox zero’ ends up being. You’re just rushing to see the beaming sun that Gmail displays when you’ve removed every message.

The real point of Inbox Zero was to move you away from “living in your inbox.” Mann said the zero was about “the amount of time an employee’s brain is in [his/her] inbox.”

He suggested five things you can do with an email: delete, delegate, respond, defer and do. Apps like Google’s Inbox or Dropbox’s Mailbox, which allow you to to ‘snooze emails’, have made it easier to defer a message since Mann first talked about these ideas. Still, they remain relevant.

The key to his thinking was that you shouldn’t indulge your inbox as if it were a demanding toddler, allowing it to cry for your attention constantly. The arrival of things like Slack or Convo – the often-infuriating communications app TNW’s editorial team currently uses – hasn’t changed the problem, it’s inflated it.

I’m writing this article on a Sunday afternoon in Dublin. The rest of TNW editorial are off having lives. There are no notifications blooping into view, no distractions besides the sound of my fingers hitting the keys and the burble of my thoughts. That kind of peace is rare in our modern working world.

Most of us exist either in open plan offices or virtual spaces where team chat apps are mandatory and pump a constant feed of activity at us. Managing those distractions is the only way to get work done. You can’t simply ignore them but you have to avoid being ruled by them.

Inbox Zero is the CrossFit of tech.

One of the bits of “prior art” (as Mann puts it) beneath Inbox Zero is ‘Getting Things Done’ (GTD) by David Allen. Like any system, it’s not applicable to everyone. Despite the avalanche of articles every day suggesting there’s a magic way to make your work easy, it doesn’t exist.

Looking at GTD or Inbox Zero can only help you rethink the way you approach things, they’re not incantations to suddenly reframe it.

@brokenbottleboy Mic, why are you shouting? Is it because you can't reach inbox zero? It's all so zen and pleasant here.

When I say “fuck Inbox Zero,” I don’t mean the nuanced approach that Merlin Mann outlined. I’ve found listening to and reading the things he creates really useful in my work and personal lives. His ‘Back To Work’ podcast with Dan Benjamin is a wonderful thing to get into if you’re someone who thinks and overthinks about this stuff. But what “Inbox Zero” has come to mean? That pissing contest? Fuck that.

do you think strongbad ever got to inbox zero

Gleefully declaring that you’ve reached ‘inbox zero’ on social media, is nothing. It’s a hollow boast. It doesn’t mean you’re efficient or handling your work well. It doesn’t mean you’ve replied to what needs to be replied to or removed the mosquitos of mail from your daily duties. Fielding pointless notifications and awful newsletters is like walking through a cloud of biting gnats every day – a thousand itching irritations.

You just got to “inbox zero?” Good for you, buddy. Good for you. Now deal with all those Slack mentions you’re ignoring, all those notifications that are stacking up, all those real world conversations you’re putting off having. Tunnelling your way out from beneath an avalanche of email is great, but now what?

If you want to read another really useful thing from Merlin Mann, I heartily recommend his essay ‘Making the Clackity Noise.’

Read next: How Pornhub’s designers keep you coming…back