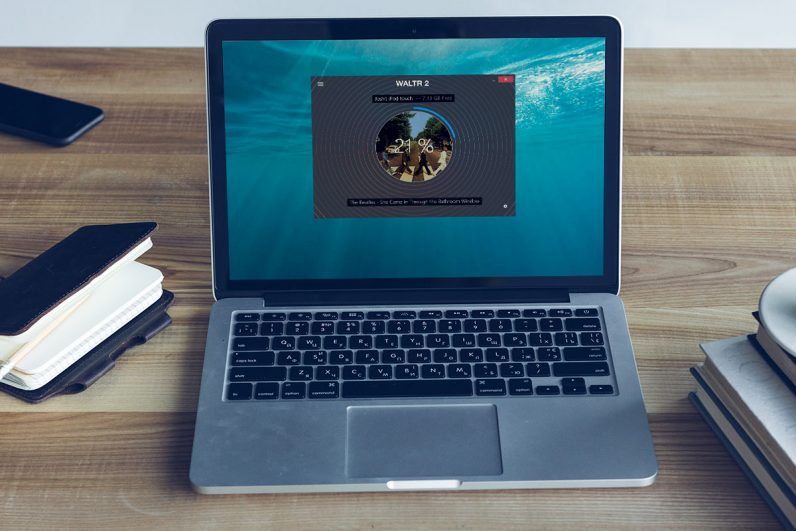 TLDR: From productivity to organization to just creating quality work, these 10 Mac apps, now available at an extra 20 percent off, can take you into the new year with some new abilities.

If you want to go into 2021 with a smart, well-intentioned new mantra, consider this: save time, save money.

If that sounds like a life ethos you can get behind (and you’re a Mac owner), here are 10 app deals that should streamline how your rig is running and ultimately save you time with their speedy, brilliant performance.

As for the money part, all 10 are not only already on sale, but if you enter the code HOLIDAY20 when you make your purchase, you’ll get another 20 percent shaved off your final price for a limited time.

Stop using iTunes for all those file transfers. WALTR 2 streamlines the whole process, connecting all your iOS devices together so you can move music, videos, PDFs, or even ringtones from one device to another with a simple drag-and-drop. It’ll even convert audio and video files and 5 times the normal conversion speed.

NordVPN has long been one of the kings among VPN providers. Holder of a rare “Outstanding” rating from PCMag, their private double data SSL-based 2048-bit encrypted connection to the web protects users with a cloak of invisibility over their IP address and all their online actions. In addition to never falling victim to identity thieves or governmental oversight, NordVPN keeps to logs of your activity, so you’re always free online.

If you’ve never liked the Mac dock, uBar lets you craft your very own. With its wide-reaching tab grouping options, you can assemble your own most wanted apps and preview windows right there at the bottom of your Mac screen at all times for ultra quick access.

Who needs a secretary if you’ve got Dictanote Pro? The app lets you talk, then transcribes your words and files away your notes for safekeeping. It not only boasts 90 percent accuracy, but Dictanote Pro is also a language genius, taking your notes flawlessly in over 40 different languages and more than 52 different dialects.

If you find certain projects are becoming massive time sucks, Klokki can help get you back on track. Klokki allows users to create tasks for tracking how much time you spend, each with its own set of customizable rules. This app can keep you focused on the work and let you completely forget about the timer.

Dealing with PDFs is never easy…until you handle them with PDFelement. This easy to use app lets users simply fix text or fonts in a PDF, edit images or pages, annotate paragraphs, or make any changes as easily as if it were in a word processor app. There are even tools for creating personalized PDF forms quickly, affordably, and securely.

With a 4.5 out of 5 rating in the App Store, Filmage Screen is an all-in-one video app, integrating screen recording, audio recording, video editing, video conversion and more into one versatile app. This lightweight app makes it simple to shoot HD quality video, edit with pro-grade tools, then save, send or post in a host of file formats.

Get Filmage Screen: Screen and Video Editor for Mac for $24 after promo code HOLIDAY20 (Reg. $59).

Whether you’re reading, speaking, or even seeing text in an image, LingvaNex can translate it into any of more than 112 languages instantly. Translate documents, conversations and more with the help of LingvaNex and its own built-in dictionary with alternative translations and meanings of a given word. LingvaNex makes the language barrier a thing of the past.

Apple doesn’t like you poking around inside its intricate tech — but with MacPilot 11, you’ll have abilities in your Mac that Apple would never allow you before. MacPilot 11 unlocks over 1,200 features to tweak your Mac and optimize the experience, from interface customization to making your own system modifications to specialized maintenance. This is the app that makes you a true master of the Mac.

Any questions about slow home WiFi, dead zones, or other service disruptions that drive you crazy? NetSpot lets you view and troubleshoot your wireless network to get you the best connection possible. The easy to follow heat map will show you which areas get the strongest WiFi signal — and which get the weakest.

Prices are subject to change. Some exclusions apply.