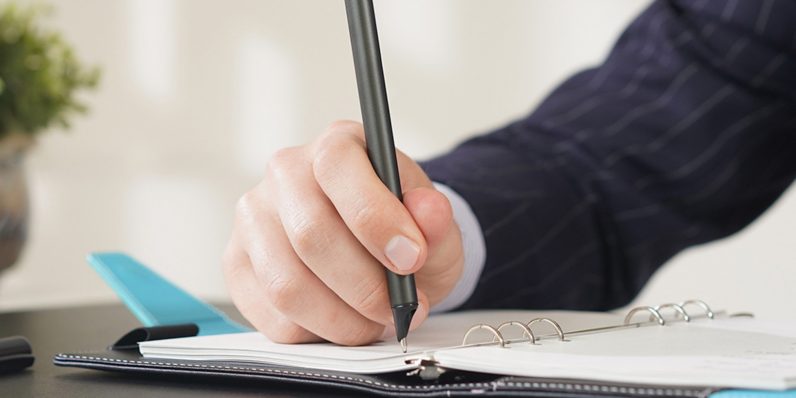 TLDR: The SyncPen Smart Pen turns all of your handwritten notes, sketches and illustrations into digital files you can save, store or send easily.

With an apology to all of you Luddites and serious old-timers out there, technology has improved on virtually everything. In fact, you’d be hard-pressed to think of any aspect of modern society that hasn’t been made smarter, faster, or just outright better thanks to the innovation of our technologically advanced age.

That being said…we could be doing better with note-taking.

While there are all sorts of notation apps and other methods for typing notes into a laptop or mobile device, none can beat the simplicity of an actual pen and paper to capture the information you need your way.

Successfully funded on Kickstarter and Indiegogo, this second generation SyncPen is less a transcriber of notes as it is an AI-driven writing system. With a motion-tracking micro camera inside the ergonomically pleasant writing instrument, the pen scans what you write on the included 10-inch LCD pad, maps the dot matrix coordinates, then reproduces your writing directly into the SyncPen app.

The SyncPen turns everything written into digital text, converting hand-written notes and even hand-drawn doodles and sketches into editable and shareable digital files.

And yes, sketches are reproduced electronically with impressive precision. The SyncPen measures your writing stroke through 1,024 pressure levels, allowing you to sketch and draw as you would with a normal pen or pencil, then see that result digitally reproduced.

You take notes in different colors or perform activities like directly sending your notes as an email, collaborating with teams to share notes, and even recording audio logs alongside your text.

The SyncPen is also a linguistic scholar, identifying 66 different languages so it can imports handwriting and turn it into printed text seamlessly and simply.

Available in black or grey, the SyncPen Smart Pen and Notebook retail for $199, but with the current offer, you can knock 25 percent off the price and get this digital writing favorite for only $149.99.

Read next: Knowing Lean Six Sigma can put your career into overdrive. This training can show you how