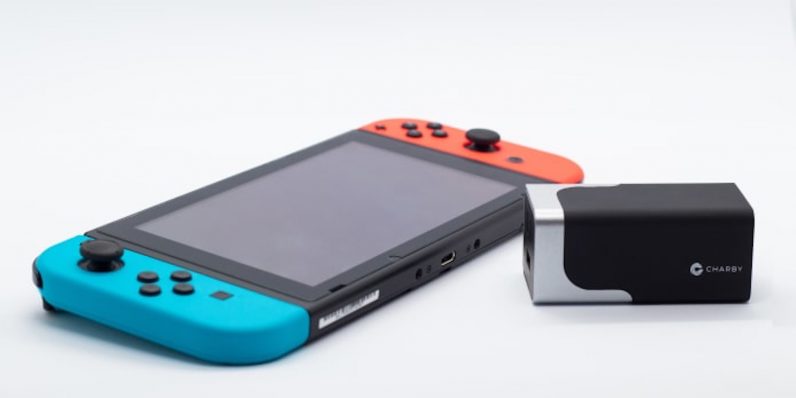 TLDR: Get the jump on Prime Day with 10 deals of chargers, charging stations and power banks at similar huge discounts.

Because you don’t live trapped in a cave under an ocean, we’ll assume you’re aware that Oct. 13 and 14 is Amazon Prime Day. The uber-retailer’s monster annual sale cutting prices on hundreds of items is practically a Christmas-level holiday for cost-conscious buyers.

But why wait til then when you can get similar deals right now? For example, here are 10 offers on chargers, charging stations and power banks with savings up to 80 percent off. You can get all these power-up options now at Prime Day prices without waiting for Prime Day.

We’re all packing multiple devices these days, so this wireless fast charger with 4 high-speed USB ports is a serious lifesaver. Delivering up to 10 watts of power, you can get five phones, tablets, headphones and other tech powered up at the fastest rate possible all at once. Plus, the space-saving design keeps everything neatly arranged while it charges. So thoughtful.

There’s an annoying tendency not to be able to tell if your AirPods are actually accepting power on a wireless charger. This wireless ultra-slim pad is not only engineered for a precise fit with your AirPods, but there’s even an LED indicator so you’ll know immediately when the charge kicks in. It’s also portable enough to bring your charger everywhere your AirPods need more juice.

This canvas wireless charging pad is definitely stylish, but don’t let the pretty face fool you. This premium dual device charger is optimized for the latest model iPhones and Android devices, sporting two 10 watt charging coils so two devices can simultaneously fast charge. Plus…yeah, it does look pretty slick on your desktop too.

Getting kinked, sprawled, tangled, knotted, and ultimately damaged are the usual fate of a charging cable. But with super high strength magnets keep the FidgetCable coiled in position, your connector stays tidy and ready for action. And you can even use the magnet to put your cable in fun shapes like a spiral, flat loops, or zigzags.

With dual USB ports and a spot for wireless charging, this 15,000mAh power store can charge up to three devices at once. Lightweight and portable, it’s a smart solution to on-the-go charging dilemmas. And at $100 off the regular price, you won’t find more charging punch at that price point.

When your power needs are ravenous, this monster charger from Crave might be your best bet. It’s got two PD ports and two QC 3.0 ports capable of delivering juice to four devices simultaneously. And at a whopping 50,000mAh, you’ve got enough power to fully recharge an iPhone X 16 times.

Successfully funded on Indiegogo, the Charby Pico is three chargers in one, including a USB-A and two USB-C ports. And thanks to gallium nitride replacing silicon, this wall charger is 40 percent smaller and 25 percent lighter than a comparable MacBook charger. We all need small, lightweight everyday carry items now…and this absolutely fits the bill.

The CharbyEdge Pro is called the Master Key…because this cable connects to virtually anything. USB-A, USB-C, MicroUSB, Lightning…just snap on the adapter and it configures to almost any charging scenario you need. It delivers the fastest speed possible for Macbooks, laptops, smartphones, and other USB electronics and it’s lab-tested to withstand bends that would destroy other cables.

When you want your charging station to look as good as it works, this Surge Duo should be in the running. With two AC outlets and two USB ports, all your power needs are met in one sleek, attractive package. And unlike ordinary power strips, the Surge Duo has control switches to separate the AC outlets and USB ports so everything gets the juice it needs safely.

Wood doesn’t scream modern technology power, which is part of why this handcrafted station is so appealing. Made of real solid wood and finished with ecological oils, it’s uniquely stylish and super functional. It’s even optimized for one-hand operation, so you can add or remove a device without having to hold the dock in place.