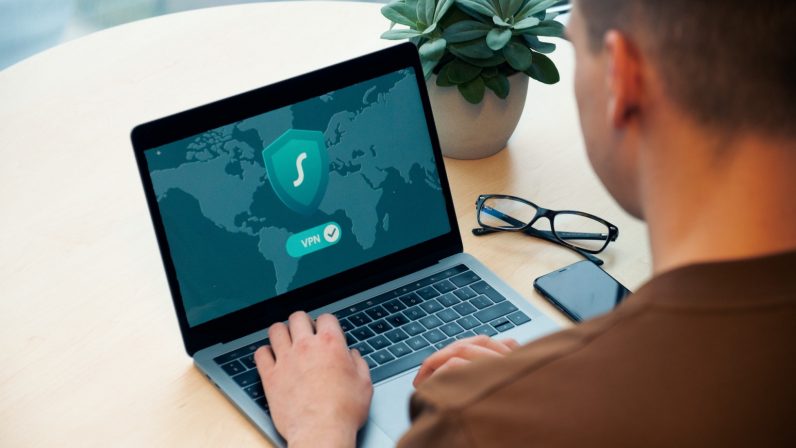 TLDR: Check out deals of five of the top VPN options available anywhere, all at discounts of up to 84 percent off.

As we sit in these few days between the inaugural 10.10 Day holiday shopping kickoff and Amazon’s own annual buyapalooza known as Prime Day, the web is awash in discount offers. With everyone looking for their piece of an online sales stampede, now’s a good time to look to some year-round staples, including your complete digital security needs.

If you’re online, a VPN is a must. So at this moment with deals whizzing through the air like fireworks, lock up VPN protection for another 12 months with one of these VPN offers, each at savings up to 84 percent off their regular price.

These deals will disappear after this weekend, so handle your business now.

Surfshark has become one of the noisiest upstarts among VPN providers, scoring positive reviews and increased attention for its healthy roster of features. Key among those perks: allowing an unlimited number of devices with simultaneous connections on a single subscription. Included among features like a camouflage mode that masks that you’re using a VPN from your service provider and CleanWeb to block ads, trackers and malware, Surfshark VPN also brings heavy duty security in the form of military-grade AES-256-GCM encryption as well as IKEv2 and OpenVPN protocols.

It was a PCMag Editors’ Choice, and for most of the past decade, VPN Unlimited has been one of the industry leaders in private network security. With over 400 servers in more than 80 locations around the world, VPN Unlimited is already serving more than 10 million customers without any speed or bandwidth limits. Of course, they also get big points for their zero logging policy, which means they’ll never track or document any of your activities online so they’ll never fall into the wrong hands.

While Speedify qualifies as a VPN, there’s actually a lot more happening under the hood with this upstart than is obvious on the surface. With their channel bonding technology, Speedify VPN evaluates your web connection and distributes your bandwidth to get you the fastest, most secure, most stable connection possible. Unlike home VPNs that only funnel through WiFi, Speedify can also use your cellular signal, an ethernet connection and more to get you tip-top service. And even if you leave the house, Speedify can switch connections seamlessly when you move out of WiFi range with dropped or rebooted coverage.

Key to Disconnect’s mission statement is their belief that privacy is a fundamental human right. That’s wrapped up as part of their unique SmartVPN technology, offering a variety of privacy and control options to better protect you and your information online. With safeguard against all kinds of corporate, criminal, and government trackers, the SXSW Innovation Award winner shields eavesdroppers from ever collecting your sensitive online activity or personal details. And by blocking hundreds of invisible tracker requests every day, Disconnect VPN speeds up your page and app load times, while reducing bandwidth and even improving your device’s battery life.

Another of the most respected names in VPN protection, NordVPN is also one of the biggest, sporting over 3,500 worldwide server locations in 61 countries. With glowing reviews from all the industry heavyweights like CNET, PC Mag, TechRadar, TrustPilot and more, NordVPN backs it up with a roster of features that few other services can touch. In addition to private double data SSL-based 2048-bit encryption, NordVPN has an automatic kill switch to shut down your site as soon as the VPN connection drops, so no data is revealed. It’s also got a dedicated IP option, offering a personal static IP address if you require that level of security and accountability.

Read next: How facial recognition systems are adapting to masks