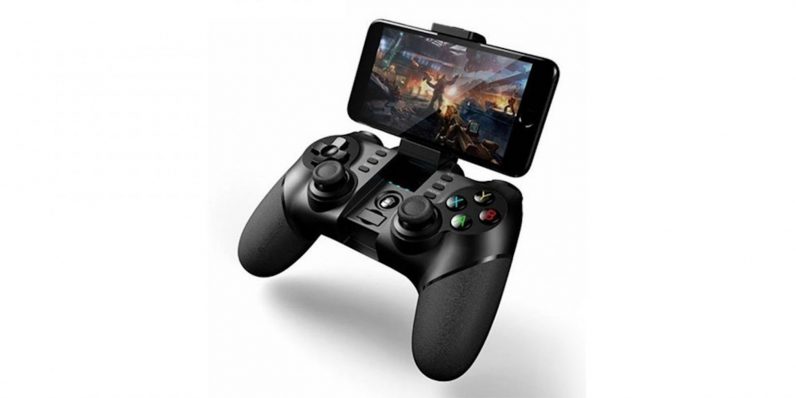 TLDR: The Dragon X5 Bluetooth Gaming Controller syncs to your phone or tablet to make all your mobile gaming easier and a lot more fun.

If you grew up back in the old days — like, 2002 — you probably think of playing video games primarily on a game console or a PC. But just like everything else, gaming has gone mobile. And the shift has been radical and speedy.

Data groups App Annie and IDC estimate revenue generated by mobile gaming will top $100 billion in 2020. For perspective, that number is more than triple the total sales of games for the top three home gaming consoles Xbox One, Playstation 4 and Nintendo Switch combined.

Of course, playing those games on a tiny smartphone video screen…well, that’s another story. The Dragon X5 Bluetooth Gaming Controller ($39.99, 29 percent off from TNW Deals) actually gives your fingers some room to maneuver, offering you the chance to play your mobile games with all the versatility and range of motion you usually enjoy from your console platform.

The Dragon X5 closely resembles the look and feel of an old-school Playstation controller — except with a few extra tricks hidden up its sleeve. Just sync the Dragon X5 with your Android or iOS smartphone, snap your phone into the onboard grip and the controller immediately expands your range of gaming options.

Unlike trying to play your game with those moody touchscreen buttons, the Dragon X5 expands your horizons, offering a full range of analog buttons and joysticks to control your game much more precisely than before. In addition to optimally configured directional controls, fire buttons and more, the controller also lets you adjust the multimedia levels as well, with full volume control and pause and stop buttons.

The Dragon X5 also has a turbo acceleration function, vaulting your gameplay to another level; as well as a powerful battery that can keep you playing up to 10 hours on a single charge.

Best of all, the Dragon X5 also can be your gaming controller of choice with other Bluetooth-enabled media devices, including tablets, smart TVs, set-top boxes, PCs and even a PS3.

The Dragon X5 Bluetooth Gaming Controller retails in stores for $56, but right now, you can get either a model in either black or white for $16 off, bringing your total down to just $39.99.

Read next: How I turned my summer job counting cars into a smart city company