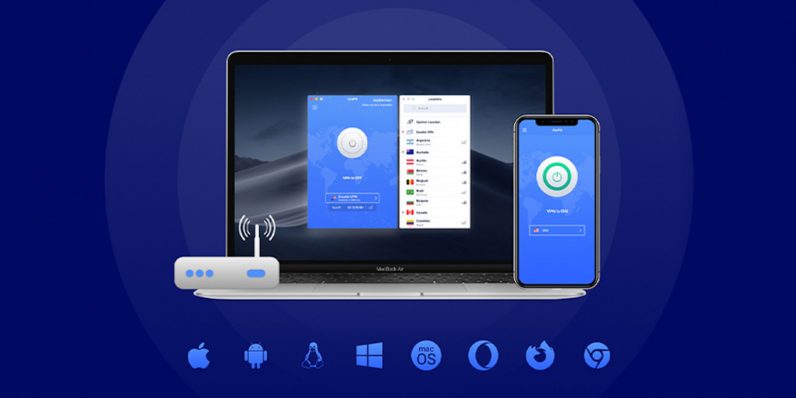 TLDR: With a lifetime of VPN by VeePN protection, your online security will always be safeguarded on up to 10 devices.

Hey you, work-from-home employee…you may have helped save the world from data thieves. Well, there’s no way of knowing your direct impact on cyber crime, but the number data breaches reports was down by a full third — 33 percent — over the first six months of 2020.

And the number of people affected by those breaches was also way down, by 66 percent.

While there’s no clear single reason behind the swing, at least one cybersecurity specialist said a hyper-vigilance to phishing and other forms of online attack and the lack of easy access through most worker’s home systems could have been a factor in driving those numbers down.

Of course, if you aren’t protected by a VPN, then you likely aren’t doing your part to protect yourself and everyone else from cyber crime. A lifetime subscription to VPN by VeePN ($29.99, over 90 percent off from TNW Deals) can go a long way toward correcting that oversight.

As a VPN by VeePN subscriber, you access the web via their vast worldwide network, safeguarded by military-grade AES 256-bit encryption. Your IP address and all other identifying information remains constantly cloaked, so you can surf the web, perform financial transactions and everything else you do online in safety with no fear cybercrooks or government watchdogs are looking over your shoulder.

Thanks to a network of over 2,500 servers in 48 locations around the globe, VPN by VeePN offers ultra-fast unlimited traffic and bandwidth from virtually anywhere. They even provide P2P optimized servers for those especially concerned about downloading security through P2P networks.

While companies and governments will often place geo-restrictions of websites or other content, VPN by VeePN gets you over those hurdles, unblocking those streaming services, news content or social media trapped behind security fencing.

The lifetime protection extends over 10 devices, which should give you enough coverage to make sure most, if not all the devices in your home are secure. A $659 value, the regular discount price has now been further cut down even further to just $29.99. You can also get lifetime VPN by VeePN subscriptions covering 5 devices ($24.99) or a single device ($19.99).

There’s also an option for just three years of VPN by VeePN coverage for just $25.99.

For a limited time, you can get a lifetime of VPN by VeePN access and half off the already hugely discounted price, down to only $29.99.

Read next: Everything you need to know about transfer learning in AI