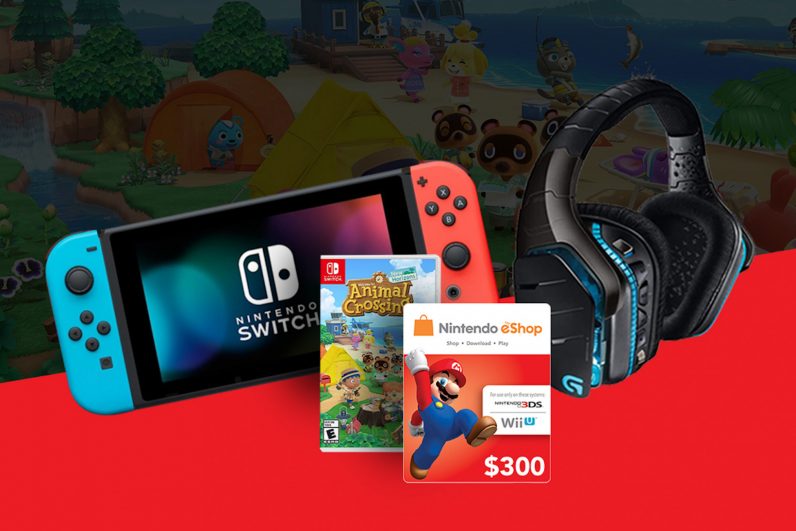 In a true sign of the times, thousands of Animal Crossing: New Horizons players took to their islands to kick off the start of a virtual Pride festival earlier this month, honoring LGBTQPIA+ STEM communities. Meanwhile, you can now also download an app that will pretty accurately forecast the weather of a player’s virtual island, offering them a leg up on your game goals.

If that last paragraph has you scratching your head in total bewilderment, you are behind the curve.

Animal Crossing: New Horizons is gaming’s latest sensation, selling nearly 12 million copies in its first 12 days of release back in March. The phenomenon has also pushed its platform, the Nintendo Switch, to some gaudy sales figures of its own, doubling its March 2020 sales figures over March 2019 totals.

And since we want to make sure you up on all the latest hot trends, we’re looking to give you a copy of the game plus a Nintendo Switch to play it on and other assorted goodies in The Nintendo Gaming Bundle Giveaway. And it costs absolutely nothing to enter.

For newbies to the Animal Crossing franchise, you take up residence on a deserted island — and the rest is up to you. There is no winning or losing or time to worry about in Animal Crossing, just exploration, fun and building your own community of cute little anthropomorphic animal creatures. If you want a game that will chill you right out in minutes, this is the one.

In addition to the game, the winner of the sweepstakes also gets their own Nintendo Switch, a set of Switch-compatible Logitech wireless surround sound headphones, and a $300 gift card to the Nintendo eShop so if you’d like to step off the island and play Mario Kart, Fortnite, FIFA 20, Minecraft and any of dozens of other games, you’ve got plenty of cash to build your Switch library.

The complete prize is worth about $1,000, so it’s definitely worth it to fill ou the short entry form and send it in. There’s even a chance to pick up a second entry for yourself when you talk a friend or family member into entering too. They’ve gotta be at least 21 years old or older, so if they qualify, you just doubled your shot at the bootie.

Oct. 9 is the last day to register to win, so get the entry in now and keep your fingers crossed!

Read next: Zoom insiders dumped $119M in company stock this month — 4x their sales in May