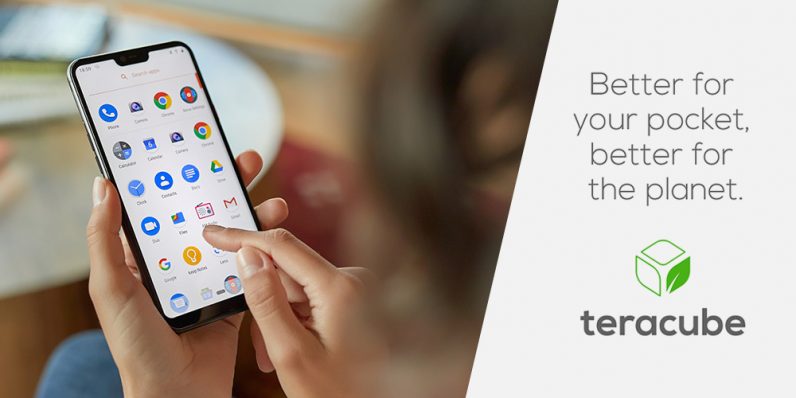 TLDR: The Teracube Smartphone is an Android alternative that wants to help the environment as well as your wallet.

Virtually any tech company can put together an Android phone and jump into the ultra-competitive smartphone market. Obviously, it isn’t easy and it would take loads of resources to make any type of serious dent, but it’s not an impossible move.

However, Teracube is tackling the smartphone game from a completely different angle, arguing reliability and a responsibility to our planet are why you should consider one of their new Teracube Smartphones ($298.99; originally $349.99 from TNW Deals).

And Teracube’s position is backed by data. Right now, the average smartphone will only stay in use for two, maybe three years. Somewhere around 24 months, a user will either decide to upgrade or the phone itself will start suffering problems. Either way, many of those phones quickly end up as e-waste, an alarmingly fast growing problem with an expected 57 million tons generated by 2021.

To put the brakes on all that dumping, Teracube guarantees its phone will last users for four years. During that time, if the phone should suffer a mechanical problem, Teracube will replace it for free. And if the phone suffers a you-created problem like a cracked screen, a trip through the washing machine or general carelessness, a flat $39 fee will get a replacement sent your way. You get a reliable phone solution until 2024 while helping to alleviate expanding e-waste landfills.

Of course, the reliability and social responsibility of a Teracube don’t really matter if the phone itself isn’t up to par. That’s why Teracube created a solid smartphone product, running on a powerful Mediatek P60 octa-core processor with 6GB of RAM and 128GB of storage space, which is more RAM or memory than most iPhone 11 models.

Compatible with all the biggest GSM carriers like AT&T, T-Mobile, MetroPCS and others, the Teracube Smartphone lets you make a proactive statement about cleaning up our e-waste problem and keeping you from another expensive phone purchase in May 2022. Regularly $349.99, you can get one now for $50 off, only $298.99 with the current offer.

Read next: This mega-bundle can get any new entrepreneur up to speed on digital marketing