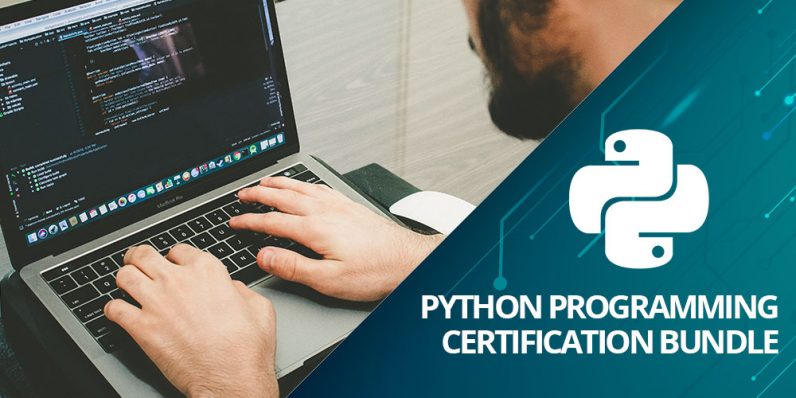 TLDR: Python is on the rise — and with the training in The Absolute Python Programming Certification Bundle, you’ll learn why it continues its unprecedented success with coding pros.

For nearly a decade, the pinnacle of the programming language pecking order has been deeply entrenched. Decades-old king JavaScript remained firmly at no. 1, while runner-up Java sat as a solid no. 2. That hierarchy has remained unchallenged as long as analysts at Red Monk have been ranking the world’s most used coding disciplines, beginning in 2012.

Until now. This year, Python, who spent four years in 4th place before moving up to 3rd in 2017, shockingly tied JavaScript to share 2nd place on the 2020 list. While that may not sound like a big deal, it’s at least another piece of confirmation that the user-friendly, highly-adaptable Python language continues to impact every aspect of modern-day coding.

And with those kind of credentials, this is definitely time for the uninitiated to get up to speed on everything Python can do. You’ll get a front-and-center crash course in all those talents with the training found in The Absolute Python Programming Certification Bundle. The collection is now hundreds off its original price, only $18 from TNW Deals with promo code “FLASHSAVE40” at checkout.

Over these three courses, even first timer Python users will get a feel for this highly intuitive, user friendly language and understand why it’s making such groundbreaking waves on the 2020 programming scene.

The education starts with Introduction to Python Training, which delves into the language’s origin, its advantages, its most useful tools and unlock why it’s gained such widespread adoption over the past three decades.

Armed with the basics, Python Data Analysis with NumPy and Pandas goes deeper into some of the Python libraries that super-charge Python’s power. This course explores Python’s central role in today’s data science, including how NumPy, Pandas and Matplotlib are revolutionizing how data is gathered, organized and presented.

The third and final course, Advanced Python Training, gets into some of the expert level applications of Python, including mapping, advanced sorting, expressions, databases, object-oriented coding, and more.

With the current offer, this $600 training package is now only about $6 per course, just $18 with promo code: FLASHSAVE40.

Read next: Why every online store needs a customer service chatbot