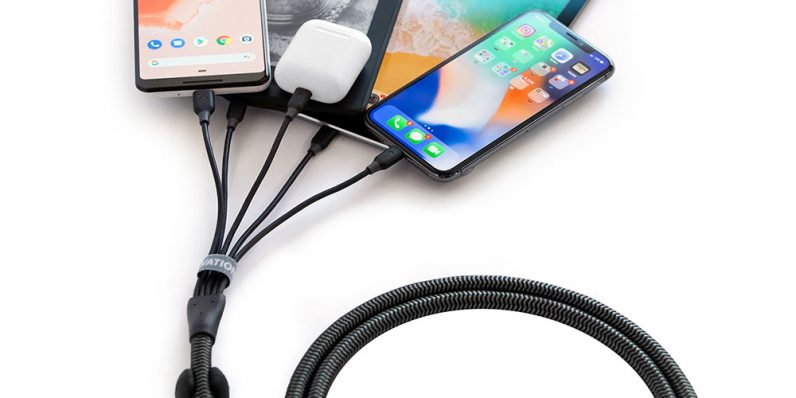 TLDR: With five independent power connectors, the 5-in-1 FamilyCharger with its own power supply is a perfect way to keep everyone’s devices powered up at once for just $75.

You’re in the car driving on a family trip. Your spouse is riding shotgun, hammering away on a laptop, trying to get some work done. In the backseat, one kid is listening to their music on a smartphone, while another is watching YouTube videos on a tablet. Then, like an instant tsunami warning, it takes mere seconds for everyone to start fighting over who gets to use the battery charger to save their suddenly flagging device.

Oh yeah…and your phone — with the directions to where you’re going — is down to about 15 percent too.

The 5-in-1 FamilyCharger with its 52-watt power supply battery was created to stave off just such a power crisis. Right now, this peaceful solution to a charging nightmare is available for just $75 from TNW Deals.

The FamilyCharger is a 5-armed powerhouse with connectors for 3 Lightning-powered devices, a micro-USB plug-in and even a USB-C port, so everyone can be connected and charging up at the same time.

But unlike multi-charge cords that all lead back to a single USB port into the battery, the FamilyCharger gives each device dedicated power. Independent copper braided cables conduct up to 12 watts of power to each connector separately, so no one will get the short end of the charging stick.

The FamilyCharger runs a generous 9 feet so it’s always accessible; and it’s even Apple MFi-certified, a first of its kind distinction for such a unit.

Whether you’ve got five family members or just an armload of your own tech, the FamilyCharger is a solid answer to the power problem for just $75. 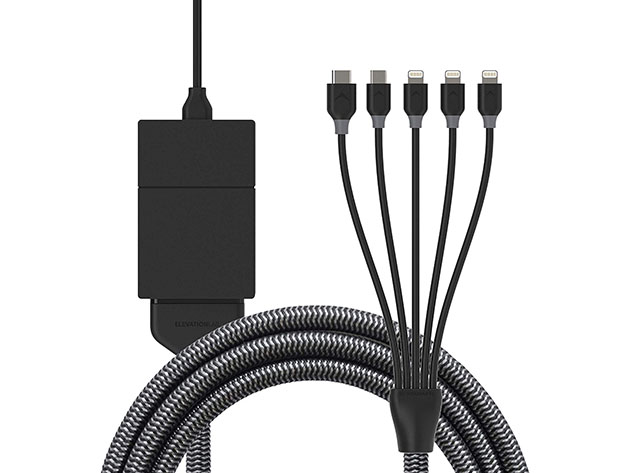