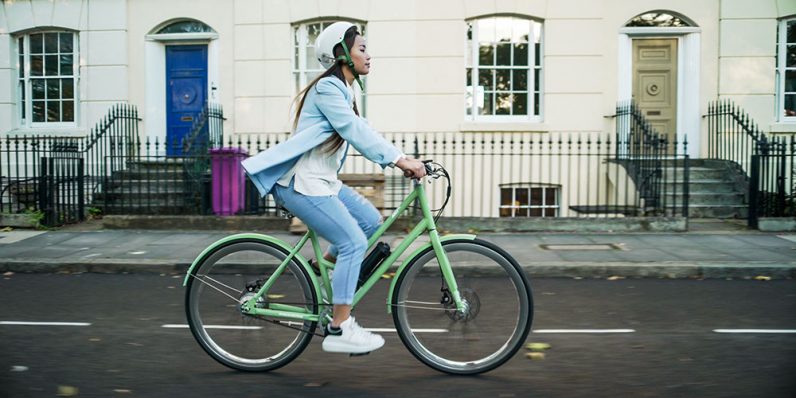 If you’ve never done battle with serious day-to-day metro traffic, we salute you — because you have no idea of the smoldering hell you’ve escaped. Big city commuting is a different world that requires smart solutions to avoid hours lost in standstills every single week.

The guys behind the Analog Motion E-Bike have some horrifying UK commuting stories of their own. That’s why they created the AM1+ ultralight electric bike, a crafty alternative to cars and scooters that keeps the needs of city travel firmly in mind. Right now, you can discover a smarter way to get across town at more than $130 off, just $1,449 from TNW Deals.

Rather than pumping your way around on a heavy old school bicycle, the AM1+ allows you the convenience of a bike without turning you into a sweaty mess. The AM1+ battery is about the size of a water bottle, charges in just three hours and can carry you up to 20 miles on a single cell.

Packing responsive mechanical disc brakes and capable of top speeds around 30 miles per hour, the AM1+ zips along at a pace that can often beat car and truck drivers on city streets contesting with stop-and-go traffic.

Once you’ve reached your destination, the lightweight aluminum frame, compact maintenance-free motor and straight handlebars are engineered to keep the entire bike under 30 lbs., so you can even carry it upstairs easily.

If you’re fashion conscious (and who isn’t), you can pick up the AM1+ in attractive grey-silver, black-silver or green-silver color combinations.  There’s also the non-crossbar STEP+ version, also available in the same grey, black and green varieties.

You can leave the car, the commute and the elevated blood pressure behind forever and save over $130 at the same time by picking up AM1+ now at with this limited time price drop.

Read next: Everything you need to know about China's new Nasdaq-style STAR Market