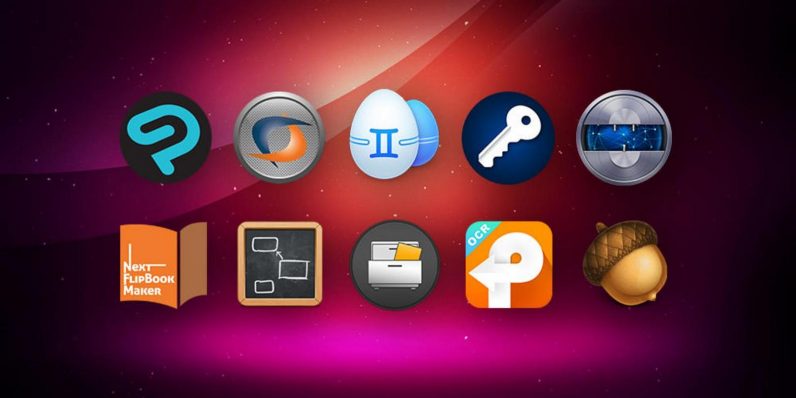 There was palpable excitement when “The Avengers” hit movie theaters in 2012. The gathering of the Earth’s Mightiest Heroes meant moviegoers were finally able to geek out to Iron Man, Captain America, Hulk and Thor all on screen together at the same time.

This Black Friday Mac Bundle is TNW’s answer to The Avengers…that is, if Hawkeye skewered duplicate files with his arrow barrage or Black Widow was a personal online bodyguard. TNW Deals has collected the world’s baddest apps in this one-stop collection — and now, they’ve even put the whole thing on sale at over 90 percent off, just $20, for a limited time with promo code: BFMAC5.

This is a Mac-specific lineup of 10 heavy hitter apps to bolster all aspects of your digital life, from operations to security to productivity and more.

Consider Acorn 6 your Hulk, a powerful, roiled beast of an app.  This easy-to-use, feature-laden photo editor can add layers, filters, even vector graphic capabilities to any image project. Meanwhile, CrossOver 18 is definitely your Iron Man, a brilliant means for hacking OSs as you run Windows software on your Mac.

You’ve got Scrapple to intuitively sort notes and organize your thoughts. There’s Gemini 2 to eliminate repeat files and streamline your file management. There’s even NetShadeVPN to constantly protect your online activity with the adamantium strength of Cap’s shield.

Yes…we’ve extended this Avengers metaphor to its breaking point, but you get the idea.

Tack on mSecure Pro, Next FlipBook Maker Pro, PDF Converter OCR 6, Spotless and Clip Studio Paint Debut and you’ve got nearly $700 worth of award-winning apps for about $2.00 each with the use of promo code: BFMAC5.

Read next: They’re just like Apple AirPods — except they’re a ton cheaper at $37