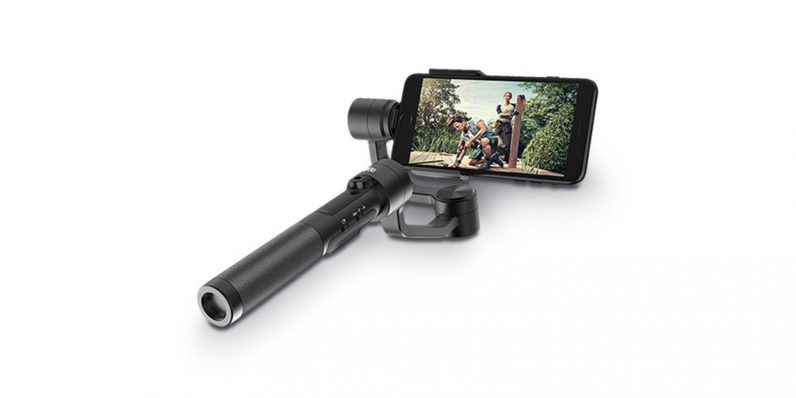 Not long ago, the world was impressed by the ability to shoot video on a smartphone. A few short years later, everyone is shooting video on their phone—everything from a social media posts to a family get-together to a major event—and tries to compose and execute every shot like they’re a Director of Photography on a Martin Scorsese flick.

It isn’t enough to shoot video anymore — style counts. And shaky, handheld camerawork is amateur hour. You can instantly up your game from bouncy, jarring footage to smooth pans and fluid focuses with a gimbal like the Rigiet Smartphone Gimbal, which is now available from TNW Deals at almost 60 percent off for just $94 with limited time coupon code: BOO15.

If you aren’t familiar with a gimbal and thinks it’s pretty much just a sophisticated selfie stick — how wrong you are. Gimbals, which use a 3-axis system to fully stabilize a camera and remove vibrations and shaking, have been Hollywood staples forever. The Rigiet gimbal brings serious photography gear to the masses, including a host of cool features for professional grade video results.

Attach your phone to the Rigiet, sync it with the device, then let the gimbal’s control panel take control. Your pans glide effortlessly with the on-board robotic manipulator as you zoom in and out, switch between front and rear cameras, shift between photo and video modes, even auto-track a person or object, then allow the camera to follow your subject on its own.

The Rigiet also charges your phone while shooting and stays powered for up to 24 hours. In addition to working without almost any smartphone model, this gimbal can also attach to GoPro and Yi series action cameras as well.

Your videos will look every bit as good as you see them in your mind with the Rigiet Smartphone Gimbal, regularly $269, but with this limited time price drop, you can pick one up for only $94 with coupon code: BOO15.