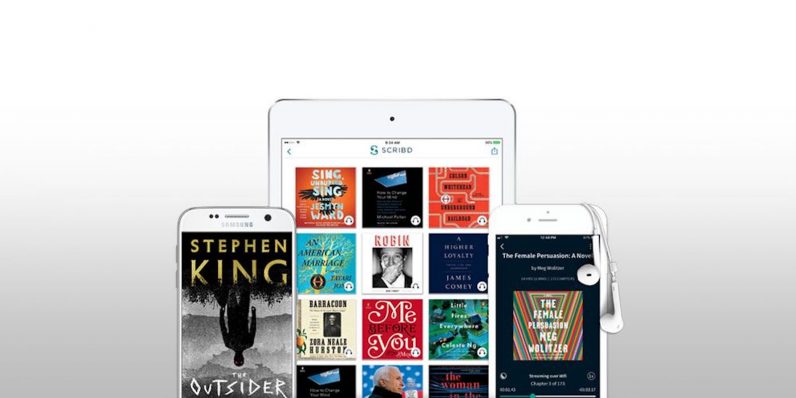 When did Netflix become THE must-have streaming hub for movies and TV shows? It was the day most Americans realized, “Wow. Netflix has EVERYTHING.” When it suddenly became much harder to find films and episodes that weren’t on the service than what was there, Netflix became a juggernaut — because viewers wanted everything in one place.

Scribd doesn’t provide access to every book, audiobook or magazine and newspaper article yet… but with loads of New York Times’ best-selling novels and major publishers serving up new content daily, Scribd is quickly becoming the Netflix for the written word. Right now, you can land a one-year subscription to Scribd at over 20 percent off, just $85, from TNW Deals.

For about $7 a month, Scribd is the digital portal to hundreds of thousands of novels and leading publications, whenever you want them.  Heck, you can even find sheet music in their massive archive of options. Accessible via any WiFi-enabled Apple or Android device, just pull up your browser or the dedicated Scribd app and dive in.

For those fearing the choices are stacked full with ancient public domain titles and irrelevant picks, Scribd readers are instead privy to some of the biggest, hottest titles available. In fact, Scribd users right now have access to no fewer than eight books featured on the New York Times best-seller lists in the past few weeks.

“The Underground Railroad” by Colson Whitehead. “The Woman in Cabin 10” by Ruth Ware. “The Black Widow” by Daniel Silva. All current chart-toppers. All currently available on Scribd.

Magazines? Yep. Including Time, Entertainment Weekly, People, Fortune and tons more. Need news? Sort through the latest articles from the New York Times, the Wall Street Journal, Financial Times, and the Guardian, among many others.

Find favorites, create collections, build reading lists — you’ve got unlimited access to more writings than you could ever hope to read.

An annual subscription usually costs about $108, but with this limited time deal, you can knock over $20 off that price and get one year for only $85.

Read next: Sony partners with itself to manage content rights with blockchain