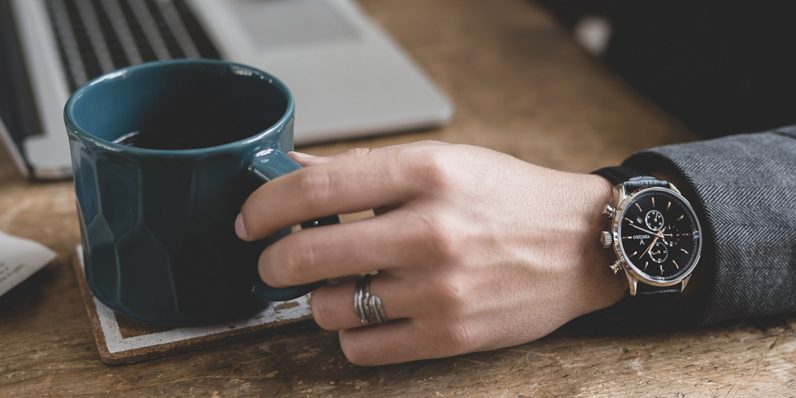 The greatest success stories usually start with a fairly simple idea. They cut through all the overgrowth and clutter to uncover the hidden, yet often straightforward path to profit. Of course, getting from an inspiring idea to shepherding a world-beating success isn’t usually so simple. But despite some bumps along the way, the simple idea of crafting unique, quality, stylish watches for a reasonable price is the business model that took Vincero Collective from hungry startup to successful player in the competitive luxury watch game in three short years.

Vincero’s rise started with three friends who also happened to be business majors at Gonzaga University. When Aaron Hallerman, Tim Nybo, and Sean Agatep graduated, they started looking for the entrepreneurial idea that would launch their careers. That search eventually led the trio from the Pacific Northwest halfway around the world — to the manufacturing hub of the planet:  Guangzhou, China.

Working every day in the heart of the world’s product creation center, the guys came up with a handful of business startup ideas. From smartphone and tablet cases to wine accessories to promotional items, some were modest successes, yet most failed to catch on and died. Yet, the lessons learned in those real-life trials by fire helped the group focus on the factors that led to those downfalls—and ultimately into the world of watches.

The technical aspect of watchmaking was challenging from a production standpoint, but intriguing enough for the team to pursue a business in overseeing manufacturing of thousands of watches for outside brands. After a few years under their belts, the team pinpointed major flaws in how and at what cost the watches were produced and sold—learning a few critically important lessons:

When the guys decided to try their hand at creating luxury watches and birthed Vincero, their first line immediately swung for the fences. While other manufacturers pulled together inferior materials and tried to sell them at exorbitant prices, Vincero chose the other route, using premium Italian marble fronting and top-of-the-line components underneath.

That dedication to using the finest, most unique resources to create a Vincero watch paid off almost immediately – with more than 1,000 of those first generation timepieces selling on Kickstarter in the first 30 days.

Buoyed by that success, Vincero stayed committed to serving an elegantly basic motto: “We work with the best to get the best.”

Build what your customers want

However, no amount of fine craftsmanship will sell a watch that customers don’t want to wear. One of Vincero’s mission statements is “treat our customers as peers”—and they live by it. How? For one thing, they’re incredibly persistent about requesting customer feedback and asking customers to collaborate on improvements to both their products and overall company. Next, they pledge total and complete transparency. When they mess up, they’re the first to admit it and their first priority is remedying the situation. Under this philosophy, Vincero never makes a watch that no one wants because they are 100% in touch with their style-conscious customers from production to the final product.

Sell at a reasonable price

Finally, the greatest lesson Vincero learned was also the simplest: cut out the supply line players you don’t need, keep your prices as low as possible, and your product will always find a market. As opposed to competitors who can mark up watches more than 8 times their production cost to help feed every step in the supply chain, the lean-and-mean Vincero model creates watches and ships them right to their customers’ doors.

Vincero watches are manufactured by Vincero and sold only online, leaving out middlemen, retailers and additional brand name costs that can tack on hundreds of extra dollars to the price of a luxury timepiece. Vincero saw a market for quality watches in the sub-$200 price rang and by streamlining their development and manufacturing processes, they’re able to deliver the high-end, low-cost watches their growing clientele screamed for.

Three years later, Vincero Collective is dedicated to moving forward under the system that’s already brought them such overwhelming success: selling the best for exactly the price it should cost. It’s the very simple system at the heart of everything Vincero makes.

TNW readers can get 15% off any order of Vincero Watches for a limited time when you click here.

Read next: Billboards get new life