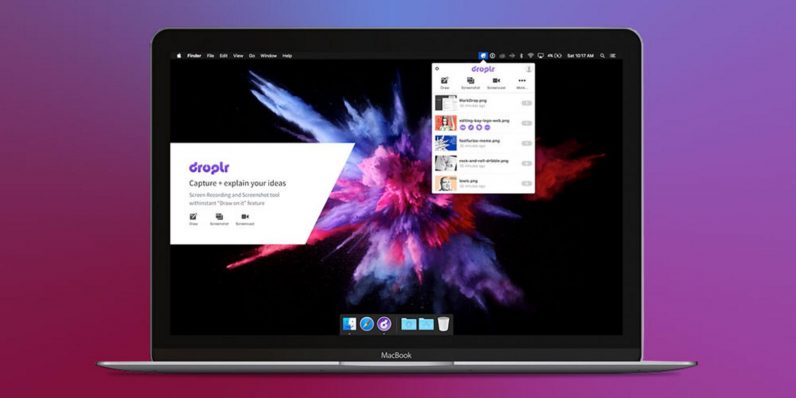 There a suite of collaboration tools tech large teams, freelancers, and remote workers flock to. You might have a tool for sharing files and another one for annotating screenshots. The only issue with these utility communication tools is that they aren’t an all-in-one solution. For the most part, the name of game for most tech businesses is efficiency and speed.

Making collaborative file sharing easy is the goal behind Droplr Pro. Right now, you can get access to this streamlined efficiency tool for life for just $29.99 (an over 90 percent savings) from TNW Deals.

There’s a reason why Droplr Pro is used by some of the biggest companies in the world, including Nike Yahoo, TED, Intel, eBay, Cisco, Pixar, and more. That’s because Droplr makes it incredibly simple to share exactly what you’re seeing or working on in seconds.

Droplr installs right on your menu bar and with a couple of clicks, you can send screen grabs, videos, GIFs, or basically any file you can imagine with just a simple click-and-drag to your Droplr folder.

In addition to quick screen shots, you can also use Droplr to put annotated notes on your image to explain your point exactly. Grabs also include rich text and can even feature things like line numbers—an especially helpful feature for coders and other users looking to send highly detailed files.

Since a picture is worth a thousand words, you can record and send exactly what you’re doing on your screen and cut down on those lengthy step-by-step emails outlining your every move. With Droplr, you can just show them!

This Droplr subscription allows up to three users to experience this easy file sharing system forever, a $1,500 value at the rock-bottom price of only $29.99.

Read next: It’s the world’s smallest wireless record player, and you have to see it in action!