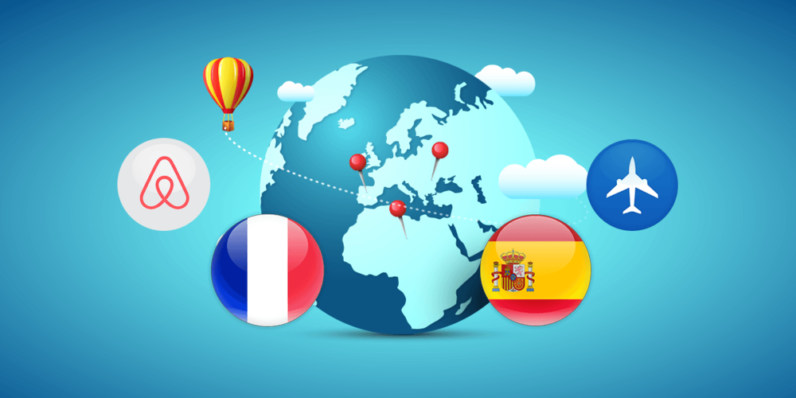 We’ve all had visions of dropping everything and just traveling the world, working odd jobs and lining up adventure after adventure as a true global citizen. That dream is closer to reality than you may think, especially with the resourceful instruction of the World Travel Hacker 2017 Bundle.

You can claim this sly, insightful bundle of knowledge now for literally a fraction of its cost from TNW Deals, paying the price you want to pay.

Here’s how it works: pay any price at all and you’ll automatically receive the course Spanish Tenses Simplified: Master the Main Tenses Fast!, boiling down the tricky world of Spanish language tenses into an easy-to-understand context.

But when you pay any amount over the average spent by other wannabe world travelers, you’ll unlock an additional six courses, including:

Mastering AirBnB – a $165 value
Learn how to use AirBnB to make enough cash to pay for your own world excursions.

Conversational Spanish Made Easy – a $145 value
Understand the basics needed to get by in a Spanish-speaking country.

Learn to Speak: Conversational French – a $99 value
With a bilingual instructor and audio-intensive materials, you’ll be conversing in French tres fast.

How to Become a Successful Digital Nomad: The Complete Guide – a $200 value
Use your current skills to get location-independent jobs so you can live and work anywhere.

The Abroaders Guide to Points and Miles – a $25 value
Get familiar with how various rewards and loyalty programs work to make your vacations truly epic.

It’s an almost $875 collection of knowledge you can get for literally pennies on the dollar if you grab this limited time deal now.

Read next: Apple is 'looking into' the viral video showing iPhone 7 burst into smoke