The verdict is in: kids love tablets. There’s something ultra-natural about the tactile nature of a touch screen that drives kids wild, even though these devices weren’t really made for them.

iPads are great for kids and toddlers, but they simply aren’t “kid proof.” This is where the emergence of special, soft and friendly cases come to play. Those have been around for a while and can be found at many Apple Stores, but one company, Totoya Creatures, is taking this kidification process further than ever before.

YetYet is the company’s first creature (along with the Robotto), and it works simultaneously as a soft, fuzzy case and an integrated app. Parents simply launch the app, zip their iPad or iPhone into the case and hand it over to their kids. 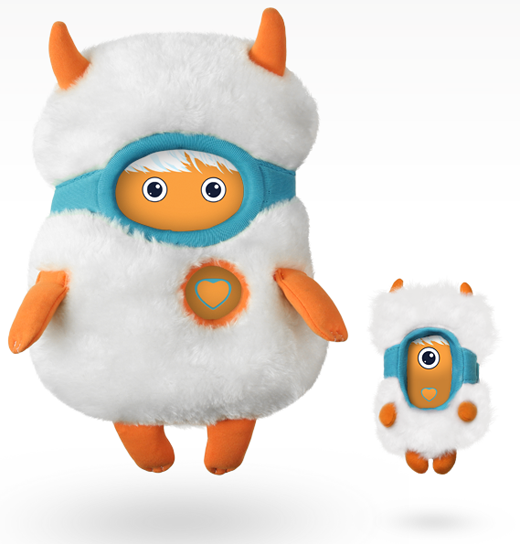 When kids interact with Totoya, it reacts to everything they do. It blinks, makes sounds and even talks back. As the iPad is safely protected “in the belly of the beast,” kids can throw and punch the creature and not only will it withstand the ordeal, it’ll also communicate its feelings — like a next-generation Furby that actually shuts off.

There’s also a strange backstory to the make-believe species (like Furby), which “came to the Totoya island many-many years ago. Maybe from outer space, nobody remembers.”

According to the creators:

Totoya Creatures is a digital / physical hybrid app-cessory toy that we designed and developed in-house. Imagine a furry plush toy for toddlers, a friendly monster, that’s the body. Encased inside you have an iPad, running a specially designed app, that’s the soul.

Overall it’s a weird, charming and cuddly toy that’s likely a much better alternative for kids than a bare iPad. The whole package isn’t all that expensive, but you can also try out the app for free to see what you think!