Over the past couple of years, Xiaomi has excelled at making budget Android phones, combining solid specs for decent performance, excellent build quality, and coveted features into reasonably priced devices in its Redmi range that are hard for other brands to match up with.

For the first time, it’s launched a ‘Pro’ variant with one of its Redmi handsets. That label gives the Redmi Note 5 Pro an edge over the standard model in the camera department, allowing it to rival the company’s own Android One effort, the Mi A1, rather competently.

For the low price of Rs. 14,000 ($215), you get a large narrow-bezel display, Portrait Mode-style shots with both the front and rear cameras, and good performance for a phone in this segment. Here’s how it stacks up against the stiff competition.

We’ve seen quite a few brands drop the bezels on their mid-range phones over the past year, and Xiaomi’s finally getting in on the act with the Note 5 Pro. Its front fascia houses a 5.99-inch FHD+ display with a fairly narrow border at the top and bottom – but that’s all there is to get excited about in terms of design.

You see, the Note 5 Pro is practically indistinguishable from Vivo’s V7+, a model from September 2017. That’s not to say that Xiaomi is the only brand guilty of making me-too phones, but there are hardly any design elements that make this a memorable device to look at. Even something small, like a unique speaker grille design — like the one seen on the Mi Mix 2 — or a neat grouping for the front camera and sensors, could’ve gone a long way.

The Note 5 Pro comes with a nicely finished metal body that’s graced by curved glass on the front, which makes for a premium look, perhaps even more so in rose gold, if that’s your kind of thing. An iPhone X-style vertically stacked camera system adorns the rear panel rounds out the rather hefty package, which weighs in at 181g – a fair bit more than other devices of this size.

As with most of Xiaomi’s other offerings, the Note 5 Pro comes with a bunch of niceties that serve to sweeten the deal in this price range: a headphone jack, face unlock, an IR blaster to remotely control your TV and home appliances, room for either a second SIM or a microSD card to add up to 128GB of storage (in addition to the 64GB of space on board), and a front flash for taking selfies in low-light conditions.

You’ll also find a few other tools, like Mi Drop for transferring files to other Android devices without wires or an internet connection, as well as Mi Mover for bringing all your content and apps over from your old phone. Those are neat, but I could do without Xiaomi’s other inclusions, like an app recommendation app, and a slew of Microsoft bloatware.

It’d also have been nice to see a USB-C port and Quick Charge 3.0 or newer fast charging – especially given the large battery capacity – but you get neither the convenience or speed that pricier phones like the OnePlus 5T offer.

Xiaomi says this is the first ever phone to carry Qualcomm’s Snapdragon 636 octa-core processor, which is said to be 40 percent faster than the 630 that powers devices like the Moto X4 and the 2018 Nokia 6. It’s paired with 64GB of onboard storage and your choice of 4GB or 6GB of RAM.

In the three weeks I spent with the 4GB version, I found it to work just fine with a range of social and productivity apps, as well a bunch of games – in fact, it managed to deliver surprisingly smooth gameplay on a number of graphics-intensive titles like Riptide GP: Renegade and Breakneck.

However, it wasn’t as snappy as I’d have liked when loading web pages, firing up the camera and photo gallery, or launching and switching between apps. That’s usually par for the course with mid-range phones, but the slow camera performance was disappointing.

You can be sure that the Note 5 Pro won’t die on you easily: the large 4,000mAh battery comfortably lasts a day and then some, which means that you don’t have to fret about it charging it overnight, even with a bit of gaming, streaming video, and photography in your routine.

The Note 5 Pro ships with MIUI 9 atop Android 7.1.1, which means you’ll find plenty of options to customize the interface with themes, a panel on the home screen filled with shortcuts to your calendar appointments, notes, and Ola cab bookings, and a fairly smooth experience flipping through your device’s contents. This model also offers a quick face unlock feature, which works fast enough that you’ll soon forget to reach for the fingerprint sensor on the rear.

Xiaomi is hoping to woo photography enthusiasts with the Note 5 Pro, and to that end, it’s included a dual camera system on the rear panel, which has a 12-megapixel f/2.2 snapper paired with a 5-megapixel secondary camera to allow for Portrait Mode-style shots to blur either the foreground or background, depending on how you compose your frame.

The primary camera captures plenty of detail and fairly accurate colors outdoors in daylight – so if you like your pictures pin-sharp, you’ll enjoy the Note 5 Pro’s results. However, things take a turn for the worse when you head indoors: it’s practically impossible to get colors right, whether that’s during the day or with the lights on. 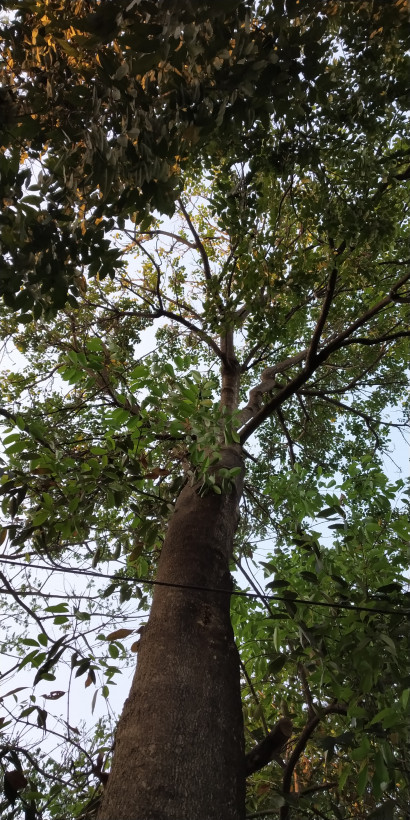 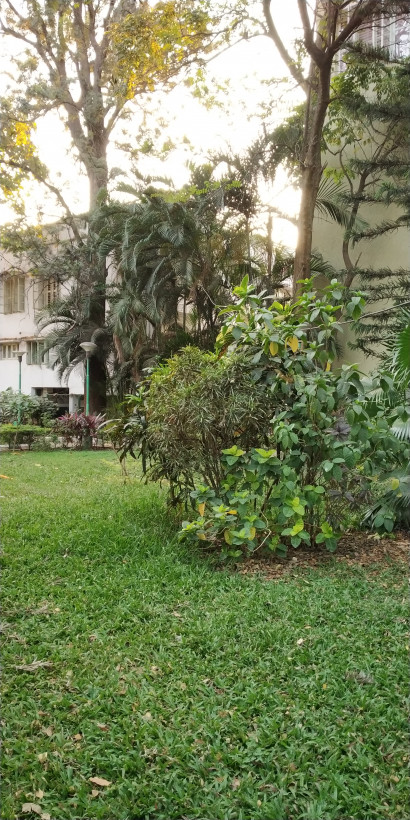 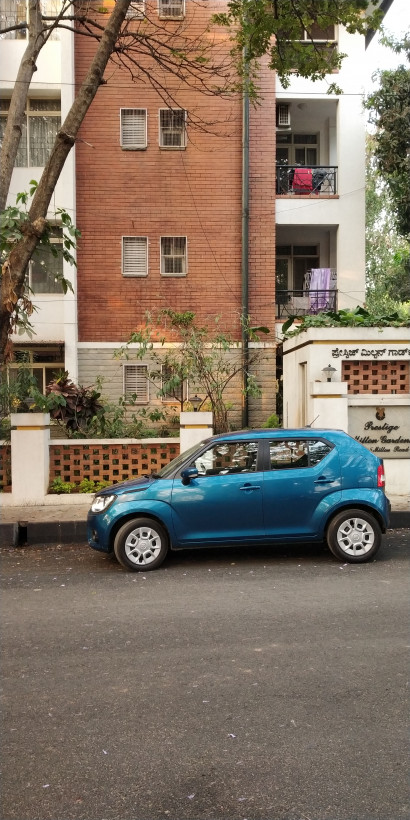 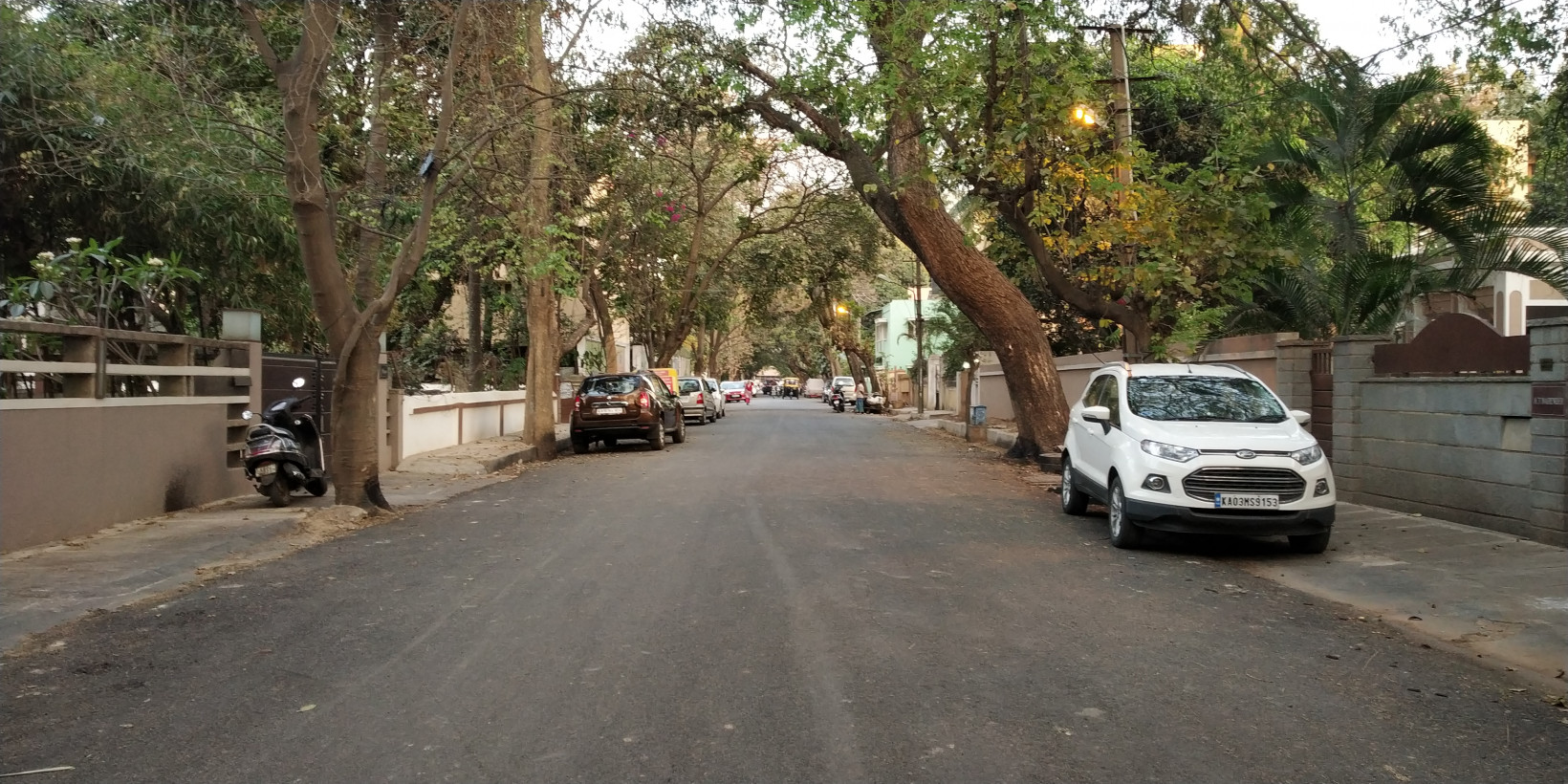 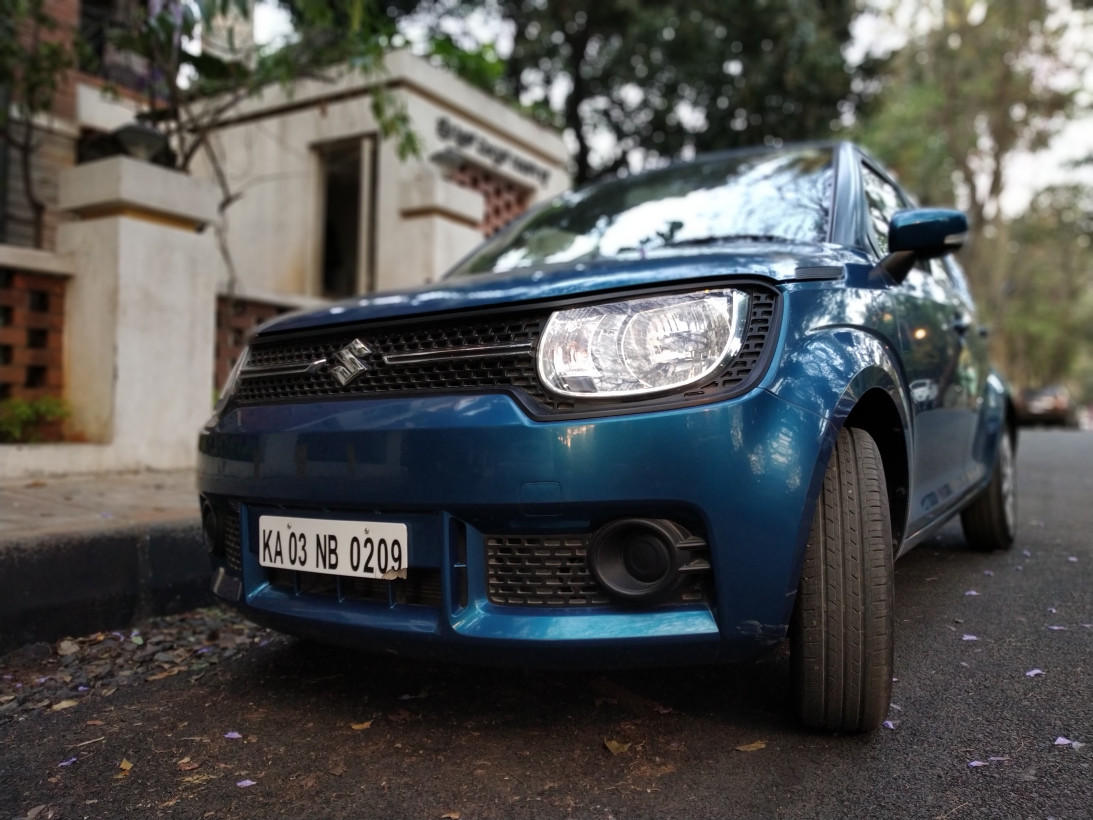 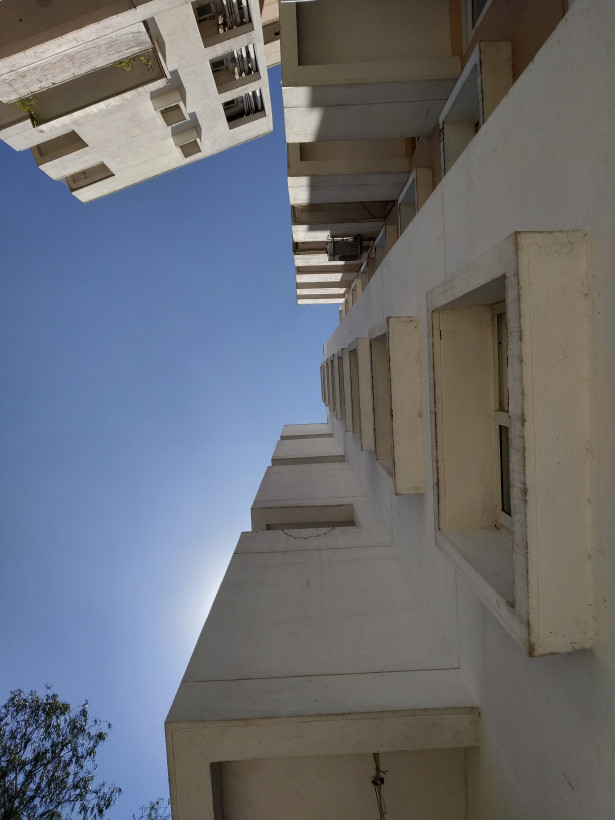 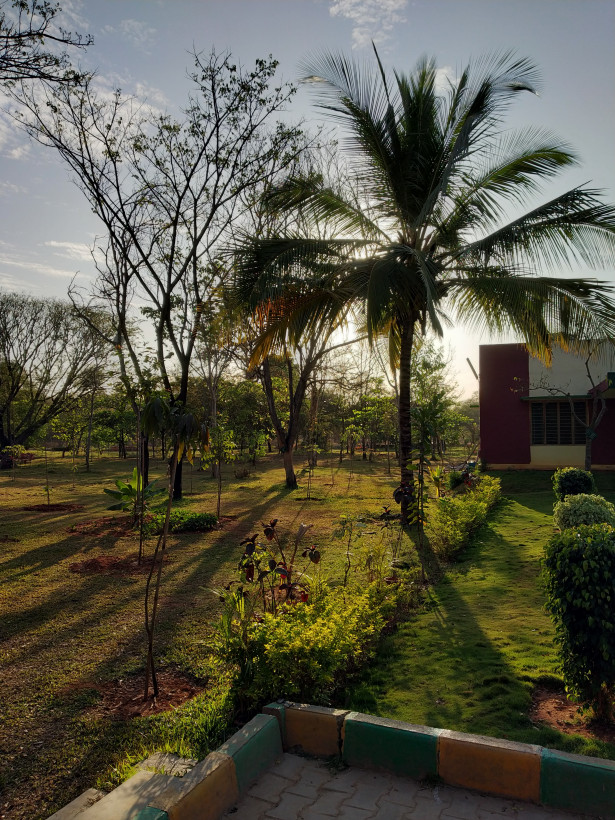 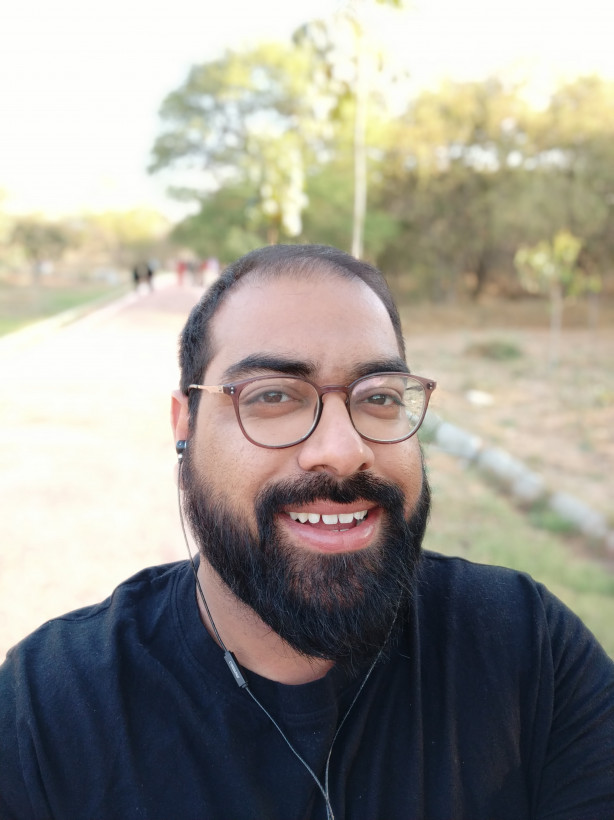 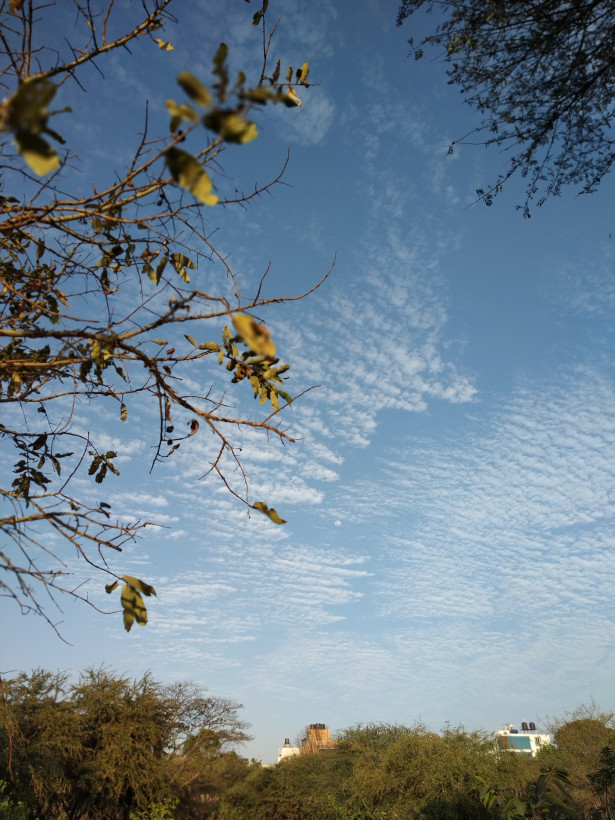 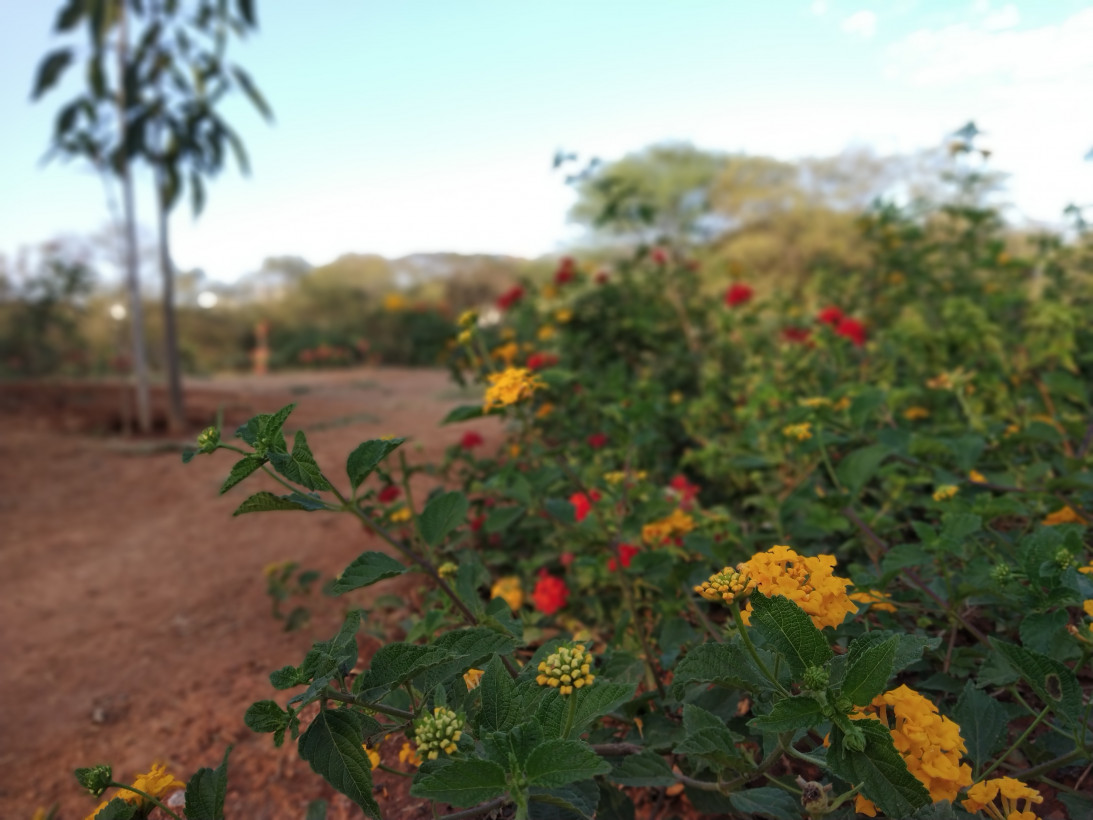 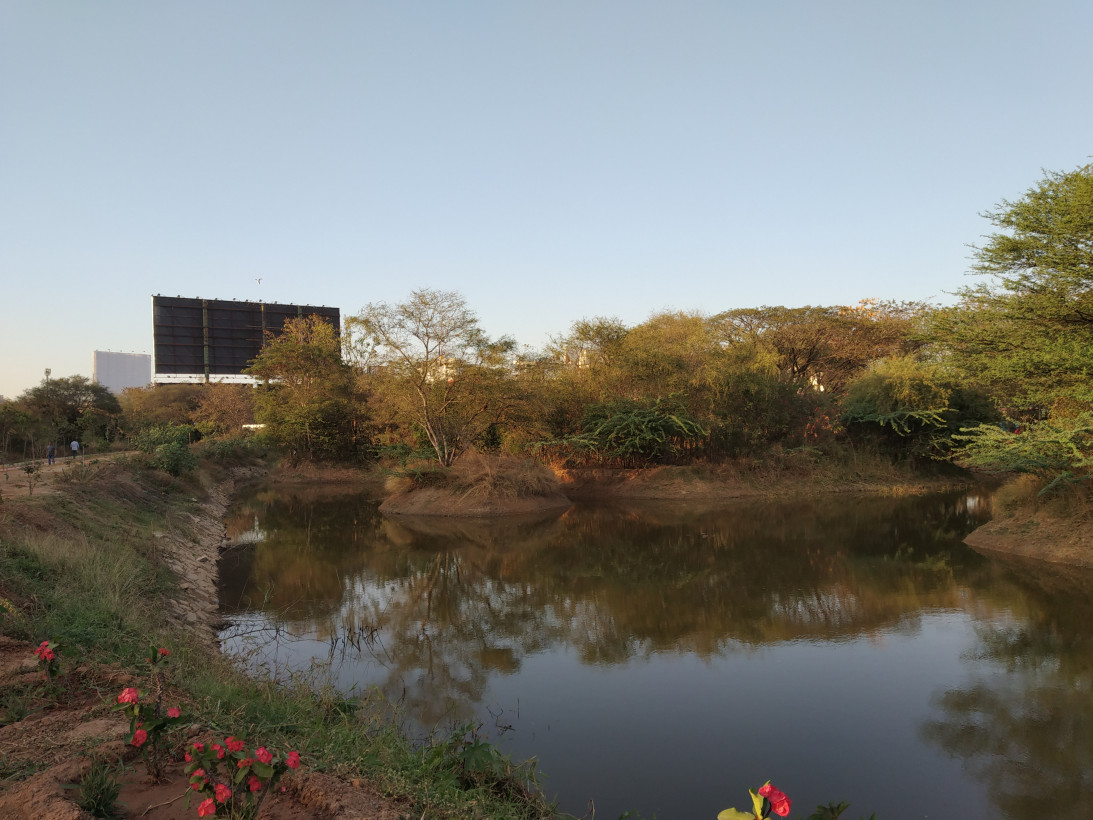 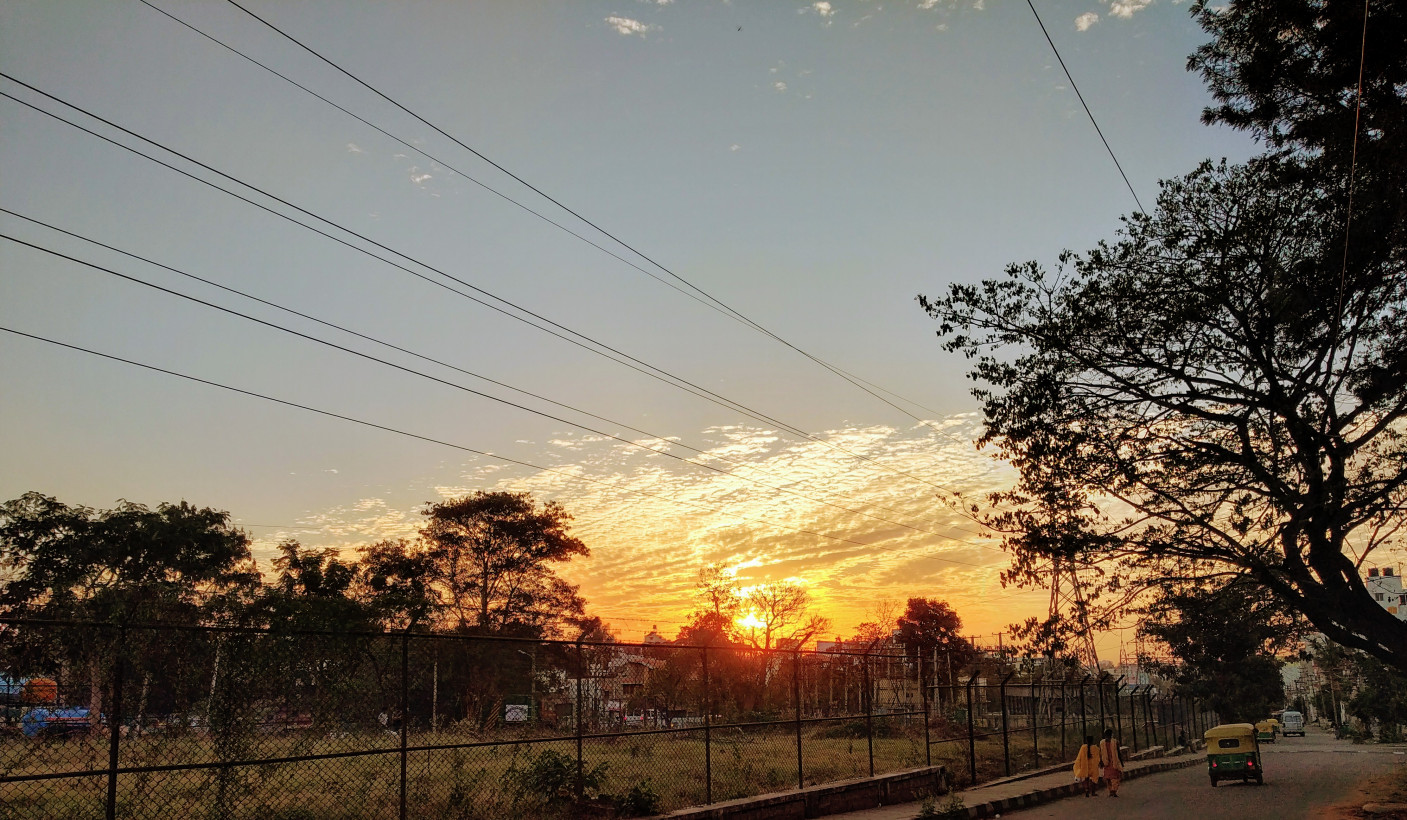 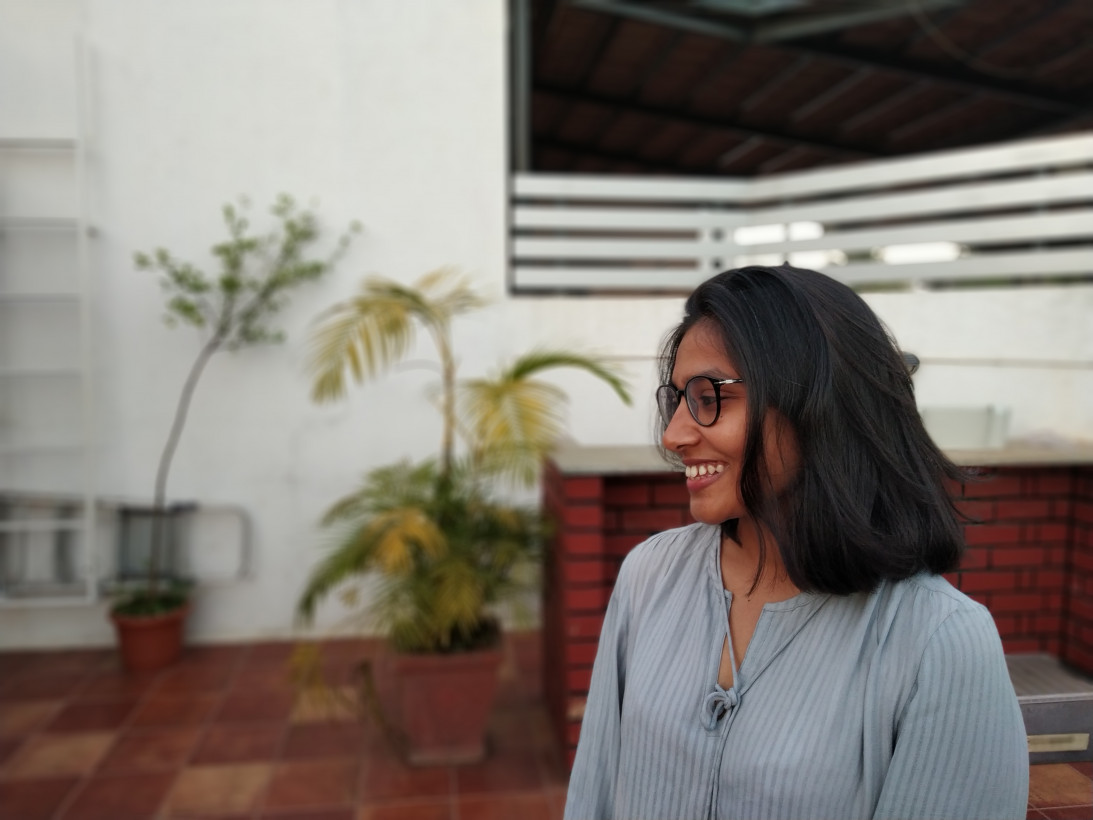 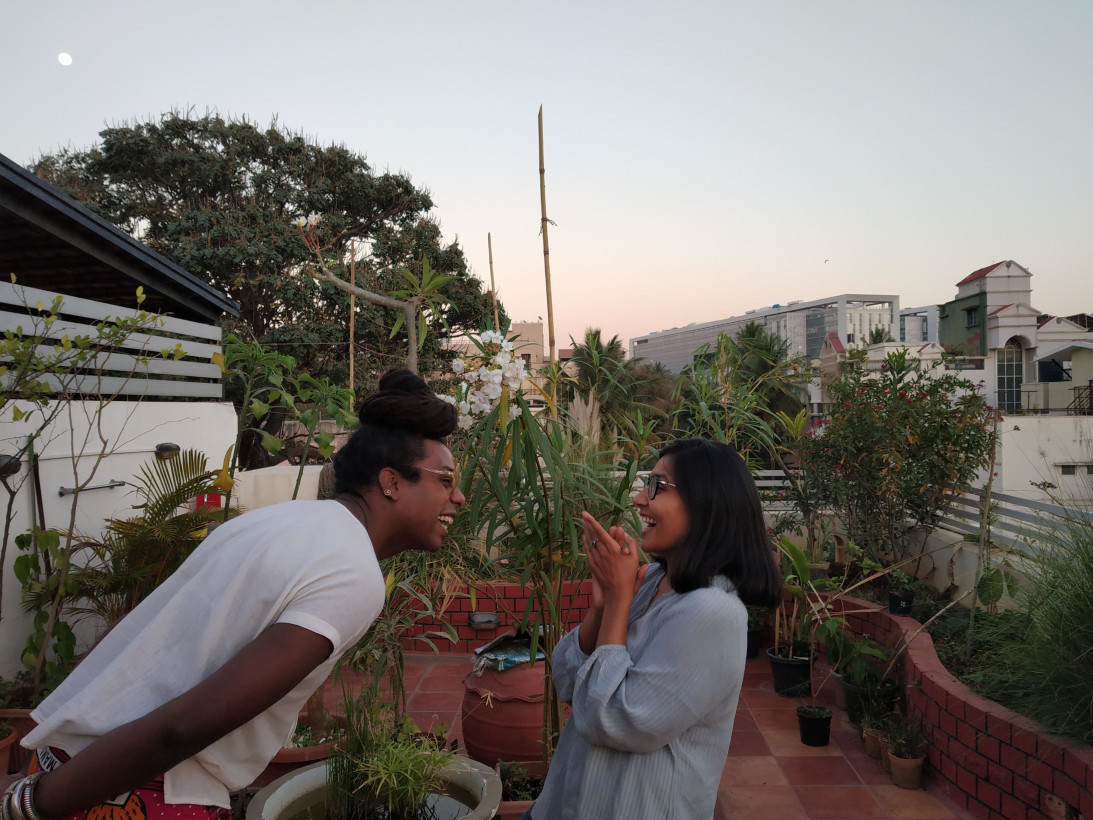 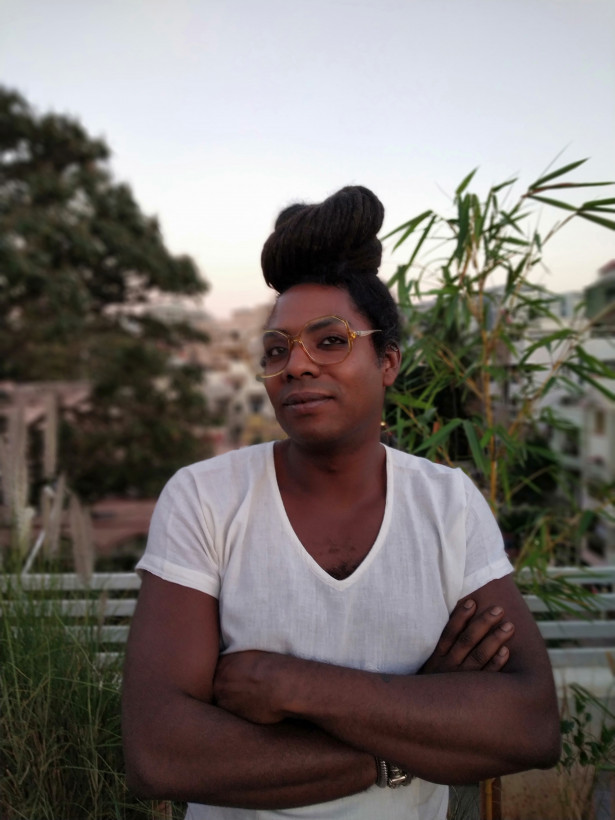 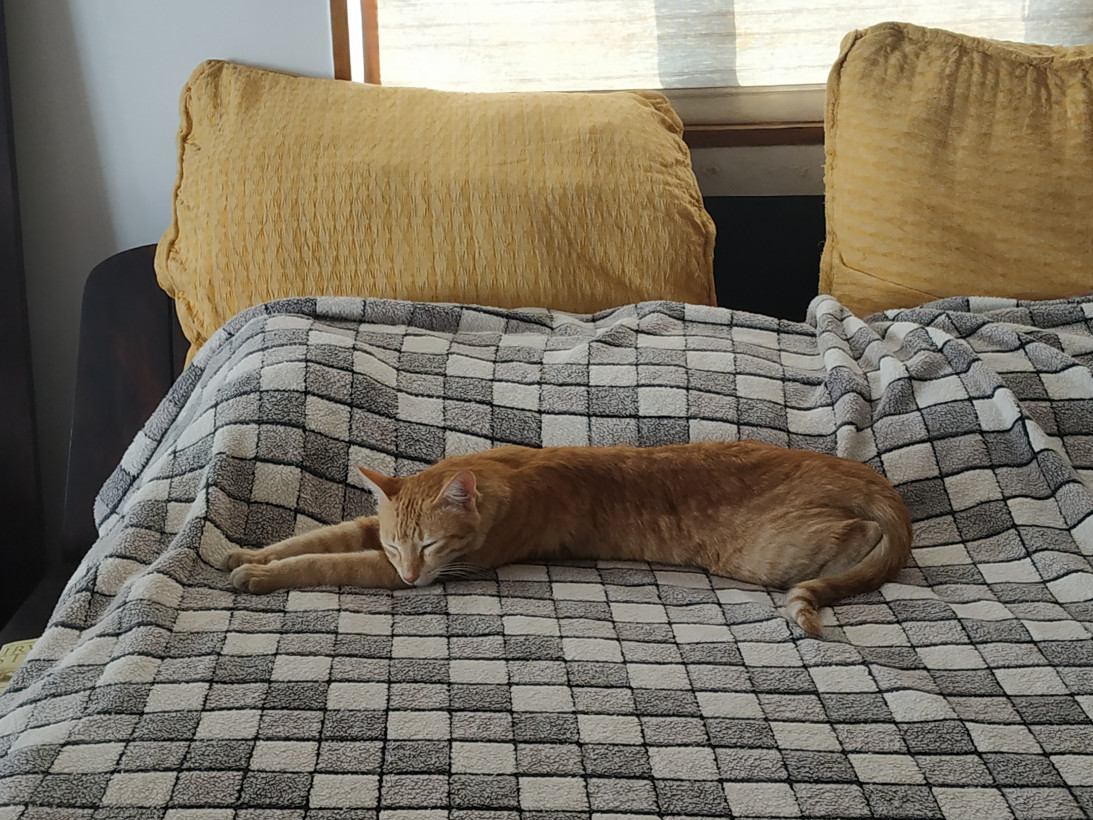 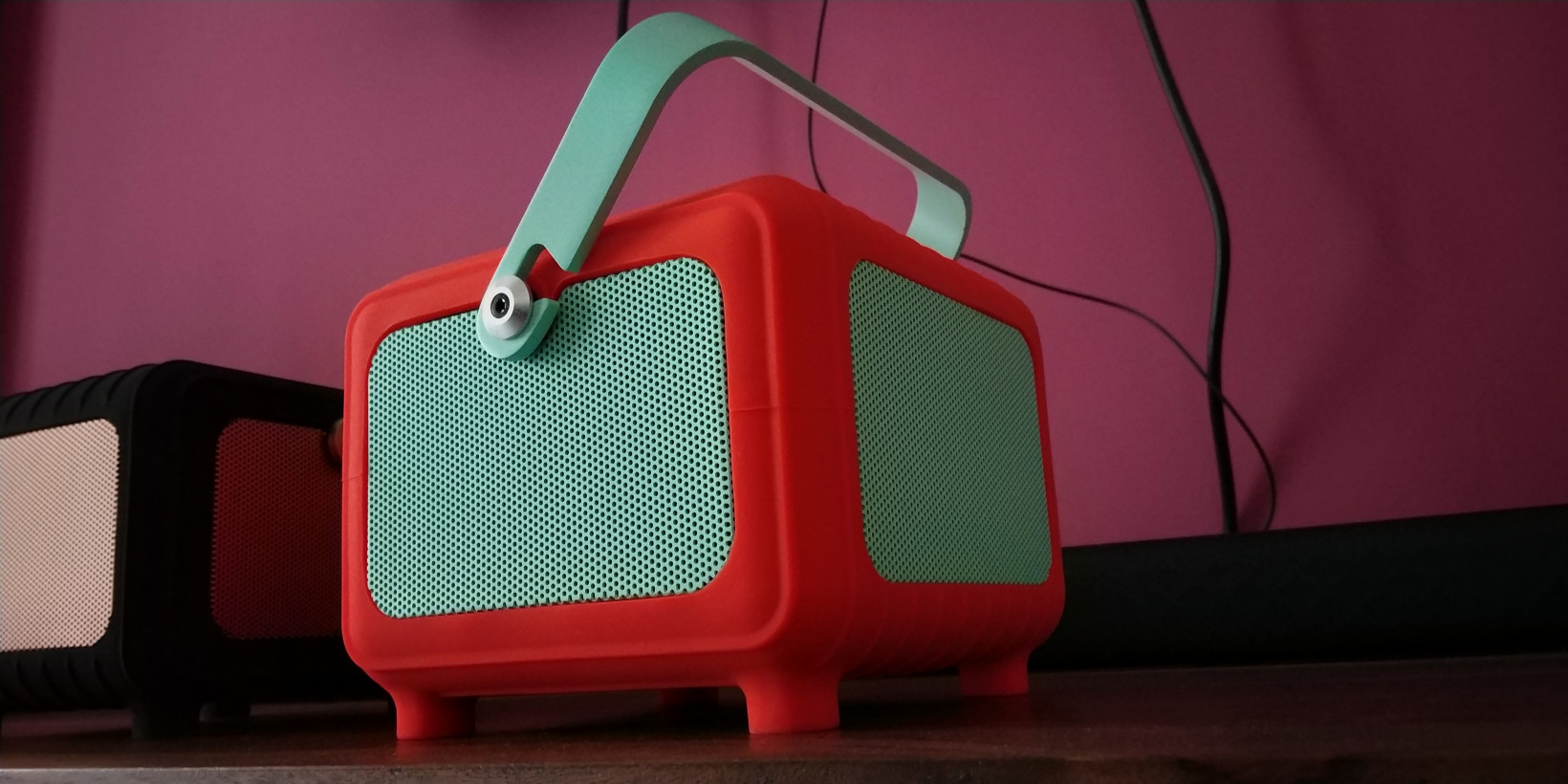 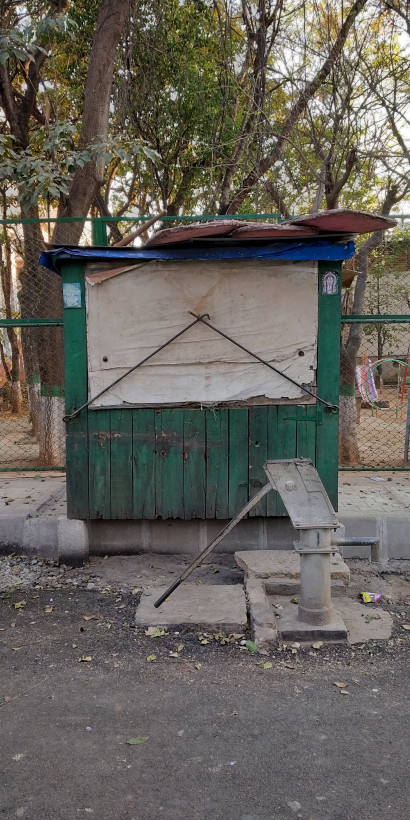 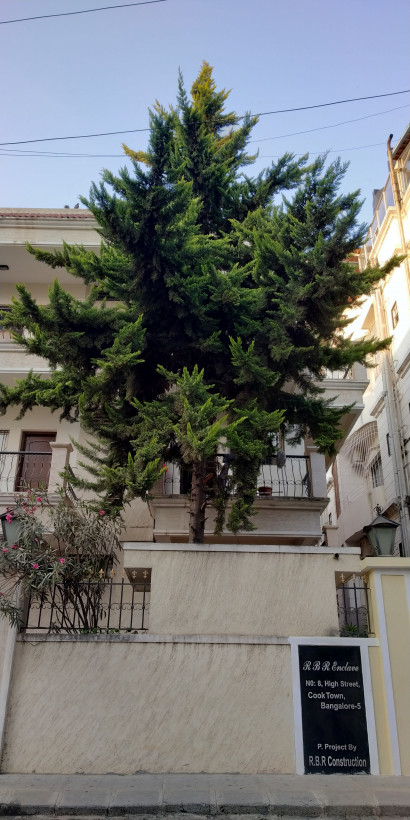 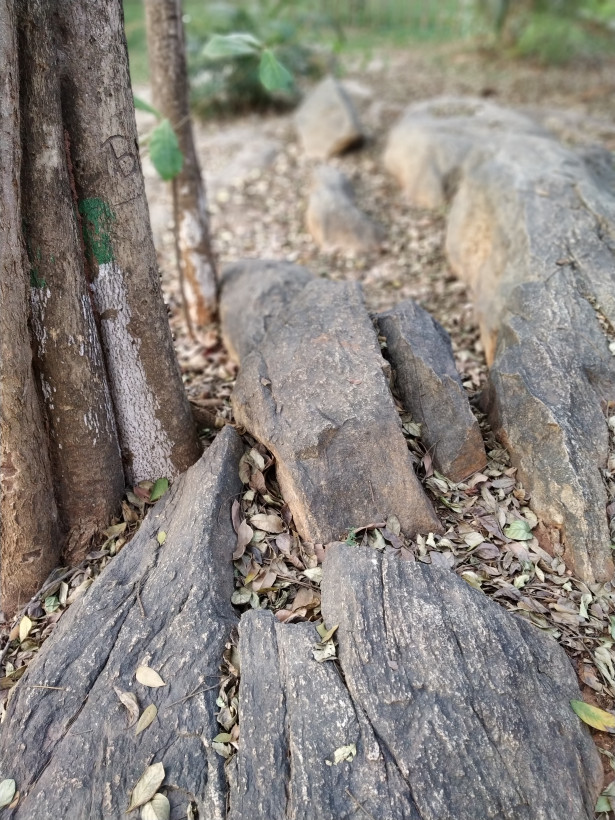 The Portrait mode works fairly well, but you’ll need to be careful when framing your subject. For example, when I had a friend angle their face slightly towards the camera instead of looking straight at the lens, a corner of his glasses was blurred as much as everything else that was several meters behind him.

It’s worth noting that unlike other dual camera systems, the Note 5 Pro doesn’t offer optical zoom. On the flipside, the 20-megapixel front camera comes with an LED lamp to light up your face for selfies and video calls in low light. It doesn’t make for beautiful results, but if you take a lot of shots while you’re having a night out on the town, this will come in handy. Oh, and this camera also offers Portrait mode to allow for some separation between your face and the background.

Another bummer is the awfully limited manual mode, which doesn’t let you view a histogram, adjust the shutter speed, or fine-tune the white balance beyond a certain extent.

With the Redmi Note 5 Pro, Xiaomi has managed to pack in a ton of features and solid build quality into a low-priced package. It’s sure to delight folks who are upgrading from an entry-level handset and are in the market for their first (nearly) bezel-less phone.

Overall, the cameras on the Note 5 Pro are a bit of a mixed bag in terms of functionality and performance. It’s nice that they manage Portrait mode on both the back and front, but they’re not quick or accurate enough to challenge the shooters on premium phones from 2017.

The Note 5 Pro costs the same as the Moto G5s Plus from last year, as well as the upcoming Honor 9 Lite. It’s also a fair bit cheaper than Vivo’s V7+ and Oppo’s F5, but offers better hardware. At this price, you could also consider the Mi A1, but its dated design makes it less appealing than newer options on the market. So, while its cameras aren’t the best the Note 5 Pro does come with a ton of nice features that make it a joy to own.