This article was published on November 9, 2017

Xiaomi made a huge splash in the smartphone market last year when it launched the bezel-less Mi Mix, way ahead of rivals like Samsung and Apple. Sadly, it wasn’t as widely distributed as competing flagships and didn’t even make it to India, arguably the second largest market for the Chinese gadget maker.

The company hopes to make things right with its successor, the Mix 2. Building on that same gorgeous design with improved hardware, it’s a cheaper way to experience Android without bezels than the rest. But is it worth its $560 asking price? I took it for a spin over the past couple of weeks to find out.

The Mix 2 feels undeniably like a premium device, with an aluminum alloy frame, glossy ceramic back and 18k gold trim around the camera lens. That makes for a pretty phone, but it’d have been nice to see some clever touches to differentiate this handset from the lot – like the sleek little speaker notch just above the display.

In addition, it feels rather heavy, weighing in at 185g (that’s a fair bit more than the Samsung Galaxy S8’s 155g), and the tall sides make for a bit of a difficult grasp when compared to the Mi 6 that’s easy to grip because of its curves.

I received a test unit without a protective case, and had to baby the Mix 2 all the while. What good is a ceramic back if it picks up smudges all the time and needs to be cradled in a hard case?

The Mix 2 is a fair bit taller than the company’s previous flagship, the Mi 6, and almost identical in size to the OnePlus 5, but boasts a significantly taller screen. So if you’re used to handling typical 5.5-inch devices, you’ll feel at home with the Mix 2, while being able to enjoy a more immersive display.

I was concerned about accidental touches on a bezel-less device like this, but it didn’t prove to be an issue. Xiaomi has also made some improvements in the build from the original Mix, including a chin that’s 12 percent smaller, and a slightly wider 18:9 screen ratio (as opposed to 17:9 on the original Mi Mix).

The Mix 2 is all about that bezel-less screen, and so there’s no room for things like a headphone jack and an IR blaster. The fingerprint sensor is on the rear panel beneath the single camera lens. You can fit in two nano SIM cards, but there’s no support for a microSD to expand the onboard storage of 128GB.

The 3,400mAh battery juices up fast thanks to Quick Charge 3.0 and lasts a full day, but you might end up draining it a bit before earlier if you use the camera a whole lot.

Though my review unit didn’t come with one, Xiaomi bundles a custom hard case with every retail Mix 2. It’d have been nice to also see a pair of USB-C headphones to go with the phone, seeing as how it lacks a 3.5mm jack. Thankfully, its dual speakers mounted at the bottom are loud and clear enough to enjoy watching videos by yourself in a quiet room.

Xiaomi did a great job with the Mix 2’s screen. It measures 5.99 inches diagonally, making for an 18:9 aspect ratio at a resolution of 2,160 x 1,080 pixels (aka FHD+). While I initially only appreciated the front fascia for how much sleeker it looked with slimmer bezels, I came to realize just how much more screen real estate you get with this phone, after comparing it with older devices of the same dimensions.

The LCD display gets plenty bright and is highly legible in sunlight, with pleasingly saturated colors and enough contrast to keep things looking punchy. Video and games with vibrant graphics are absolutely delightful on the Mix 2, and it’s easy to stare at that gorgeous screen for much longer than is necessary – just slap on a nice live wallpaper and you’ll know what I’m talking about.

The Mix 2 is built to rival just about every other Android flagship out there right now, with a Snapdragon 835 2.45Ghz processor that’s paired with an Adreno 540 GPU and 6GB RAM.

With all that horsepower, it’s capable of handling pretty much anything you can throw at it, from graphics-intensive games to video editing and camera apps. Plus, its software does a good job managing memory allocation, so you’ll hardly ever see the device slow down because you’re running a bunch of apps simultaneously. 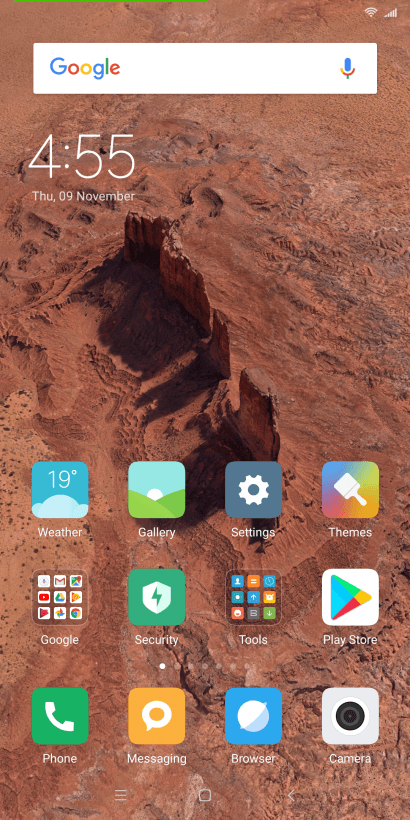 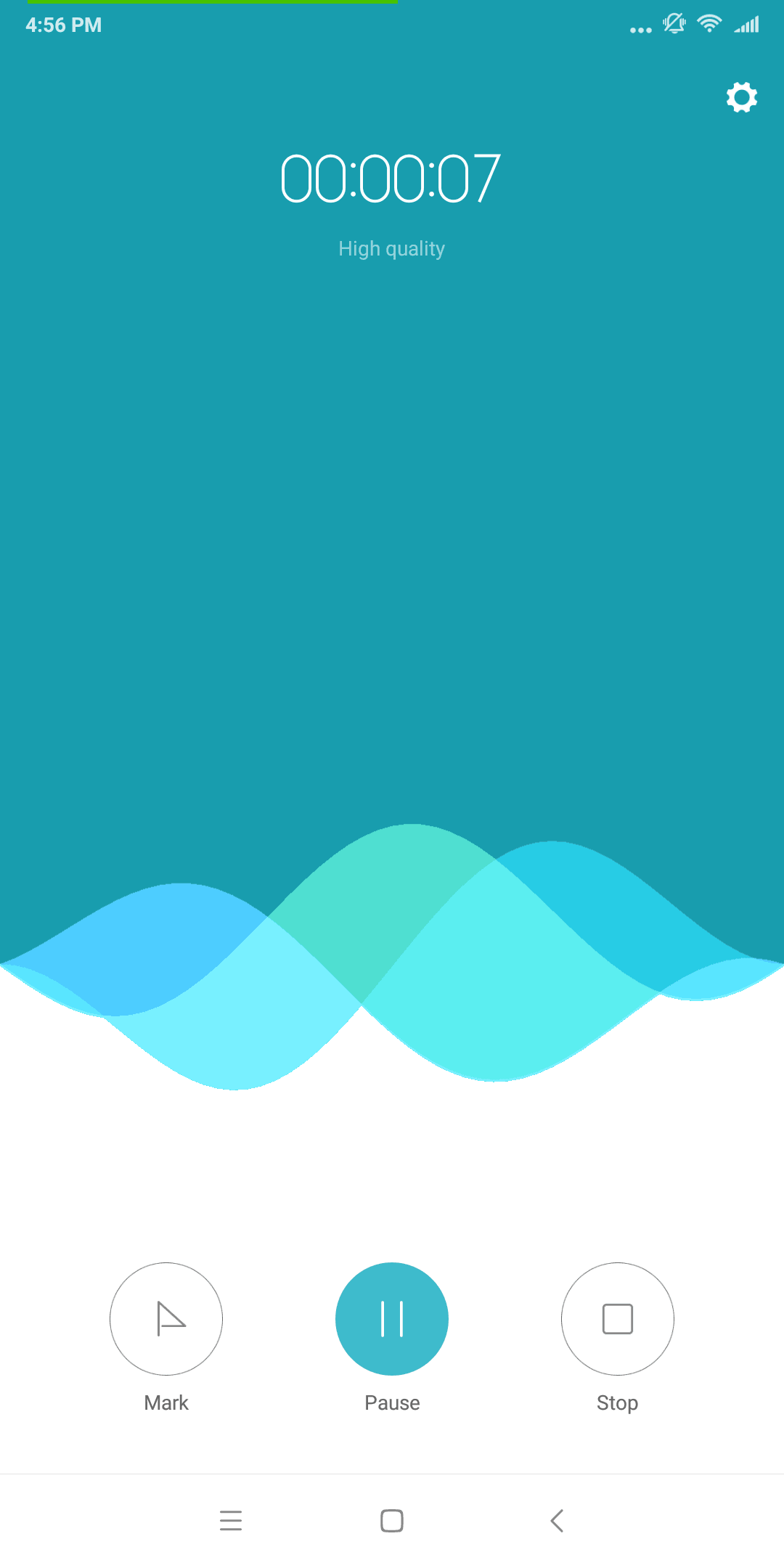 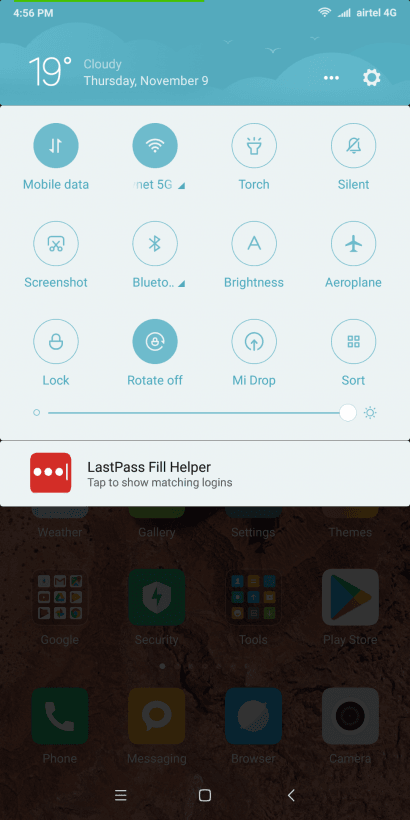 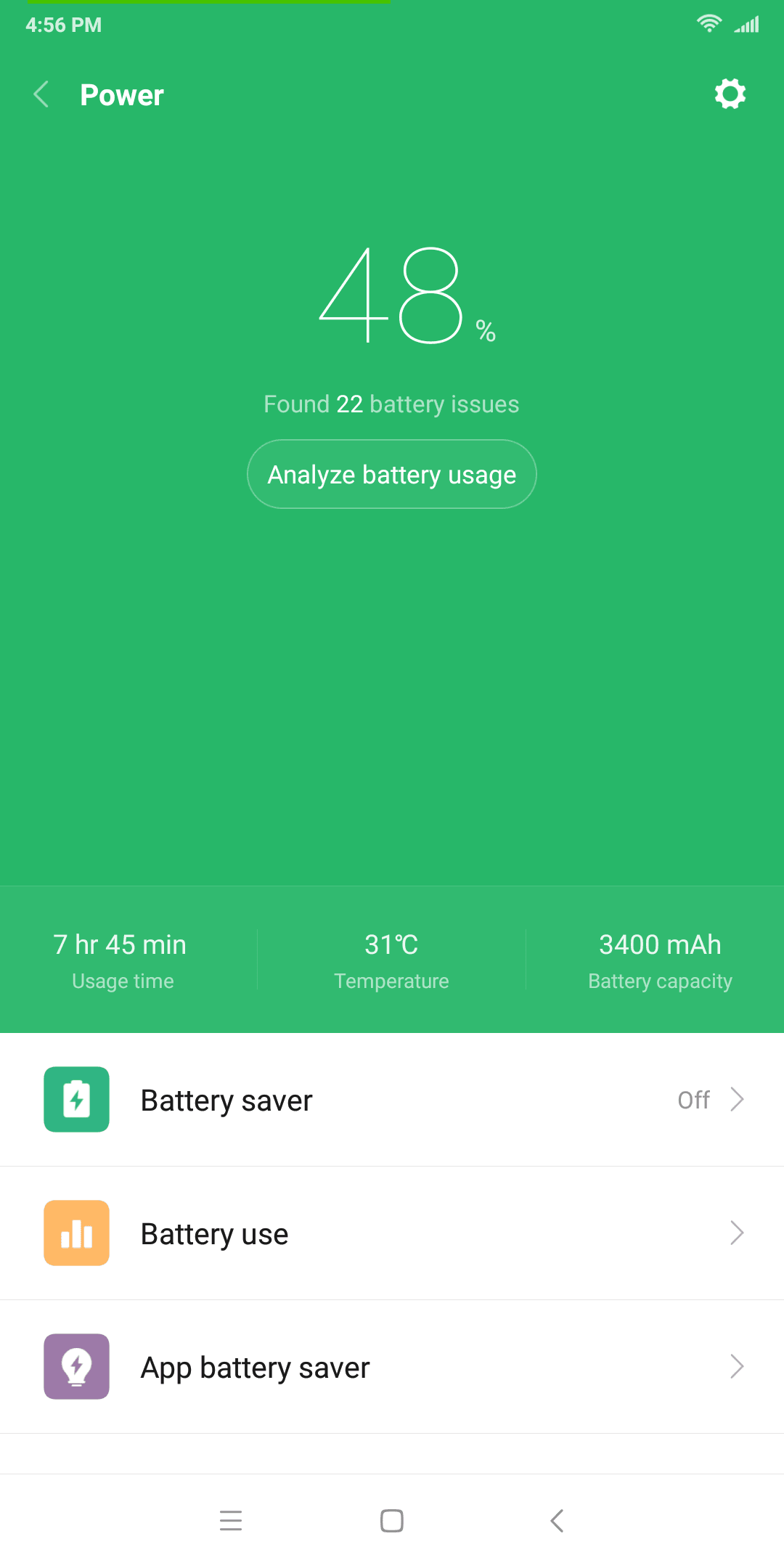 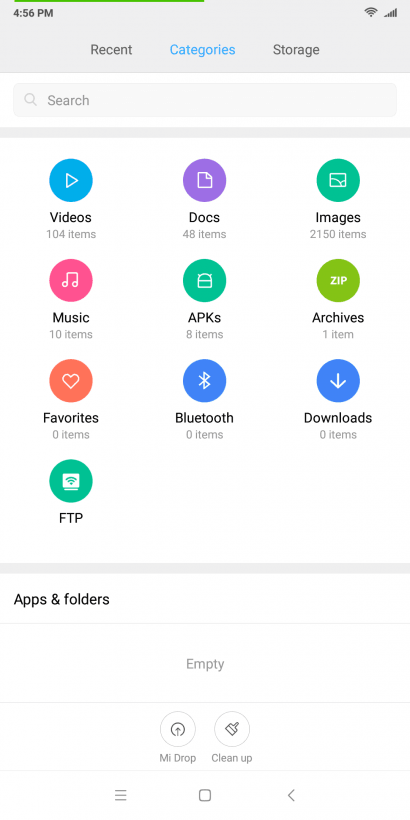 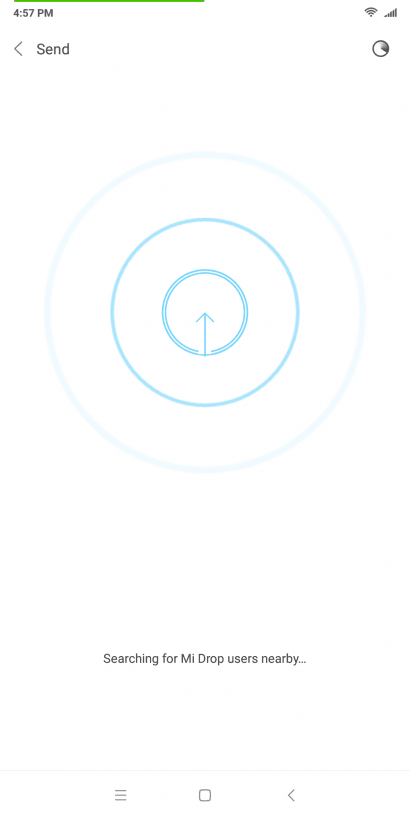 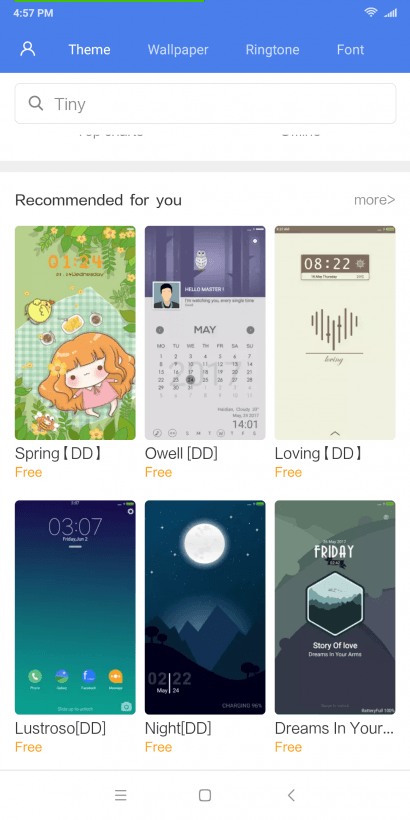 It presently runs Xiaomi’s MIUI 8 software layer atop Android 7.1.1, but it’s slated to receive an update with MIUI 9 shortly, now that the stable release is out for a couple of the company’s other handsets.

MIUI 8 has been around for a good while now and has some neat features like a theme engine, the ability to copy OTPs from SMS messages with a single tap, and the Mi Drop tool for beaming files between devices without an internet connection. Plus, it doesn’t seem to slow down performance at any point, even when you use a custom launcher. However, the notification shade, text messaging app, and permissions settings could use some improvements, and it sounds like MIUI 9 will iron out some of those kinks, as well as boost performance.

The primary camera on the Mix 2 is a 12-megapixel shooter with an f/2.0 aperture and 4-axis optical image stabilization; Xiaomi says this is the same system as that on the Mi 6, sans the telephoto module. That means there’s no optical zoom, and no Portrait Mode-style bokeh effect to be enjoyed on this handset.

That’s a bummer, because while the Mi 6’s camera wasn’t great, I found myself whipping my phone out every so often to snap a picture with the zoom or Depth Effect engaged. With the Mix 2’s limited shooting capabilities, the standard camera’s drawbacks are even more apparent.

I found it hard to get much depth of field unless I had my subject up awfully close to the lens. For a better understanding of why this is the case in spite of the wide f/2.0 aperture, check out our own Napier Lopez’s piece.

While it managed to capture a fair bit of detail in well-lit objects and surfaces, the camera was prone to blowing out highlights in the sky, and missing the mark with bright colors unless they were the point of focus. And if you’re in any sort of low-light condition, expect plenty of noise across the spectrum – even if you’re indoors during the day. All that added up to an uninspiring camera system that I didn’t care to use except for the purpose of testing it for this review. 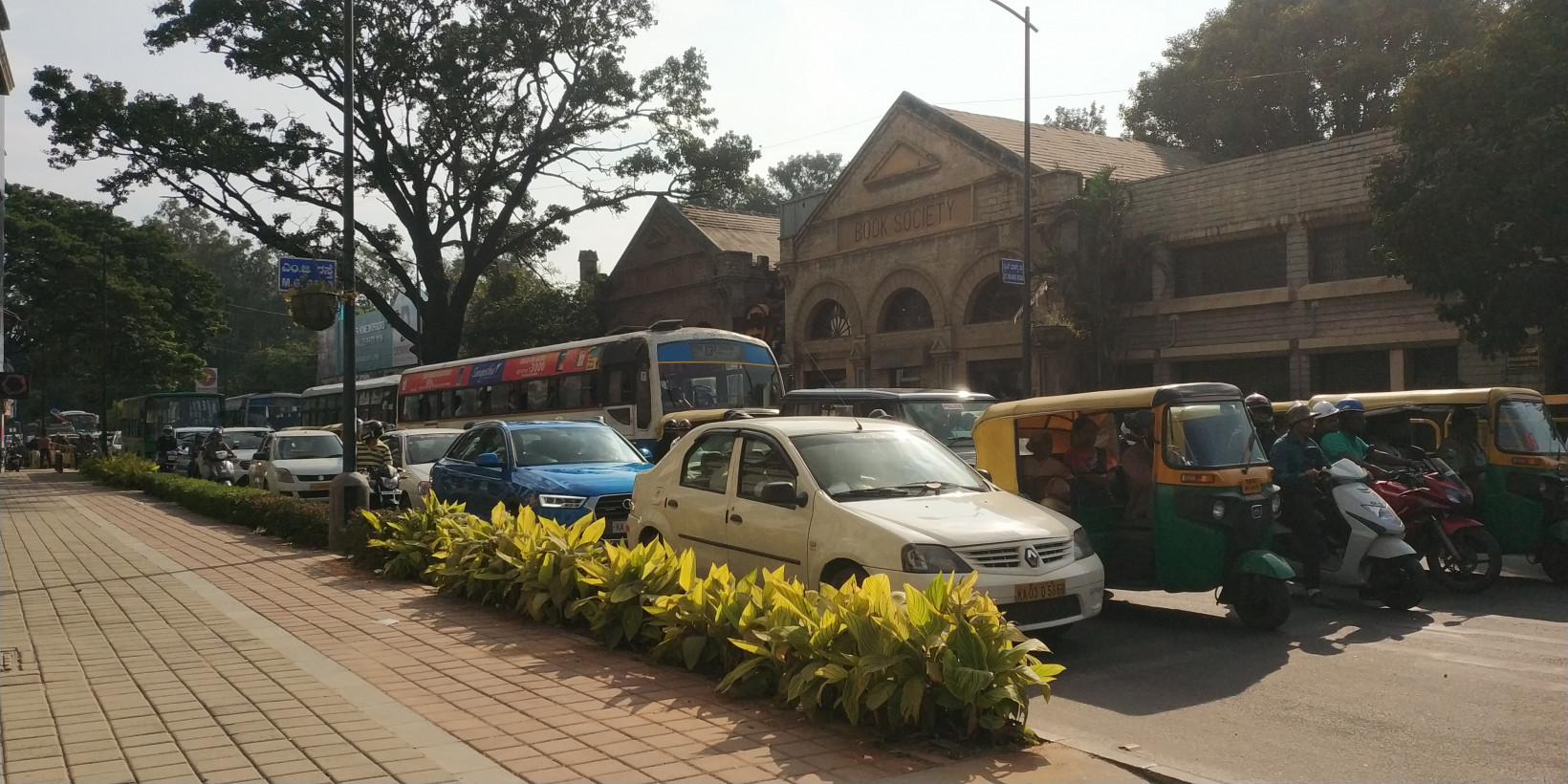 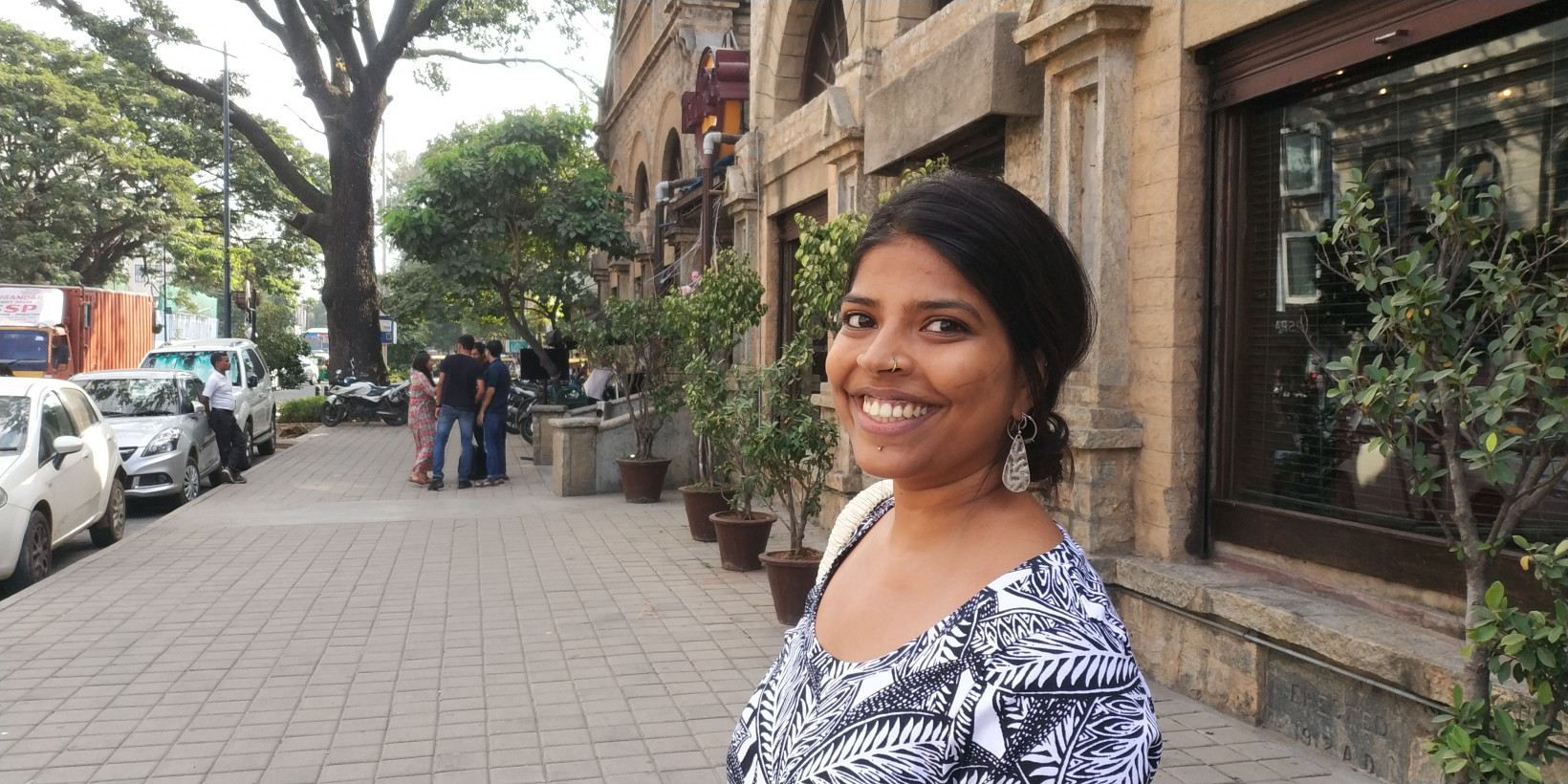 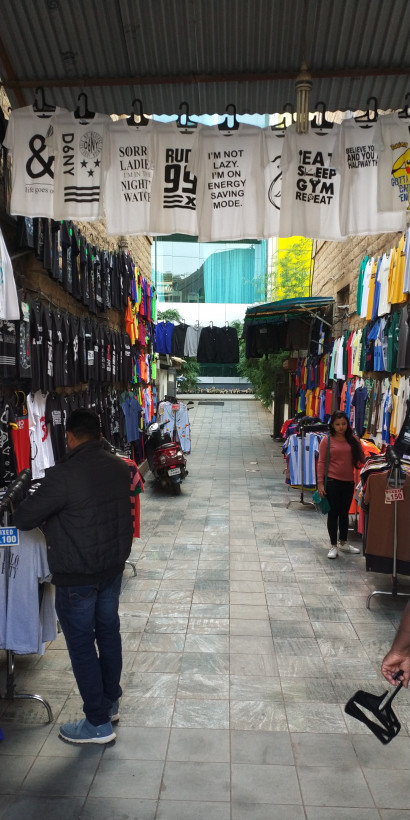 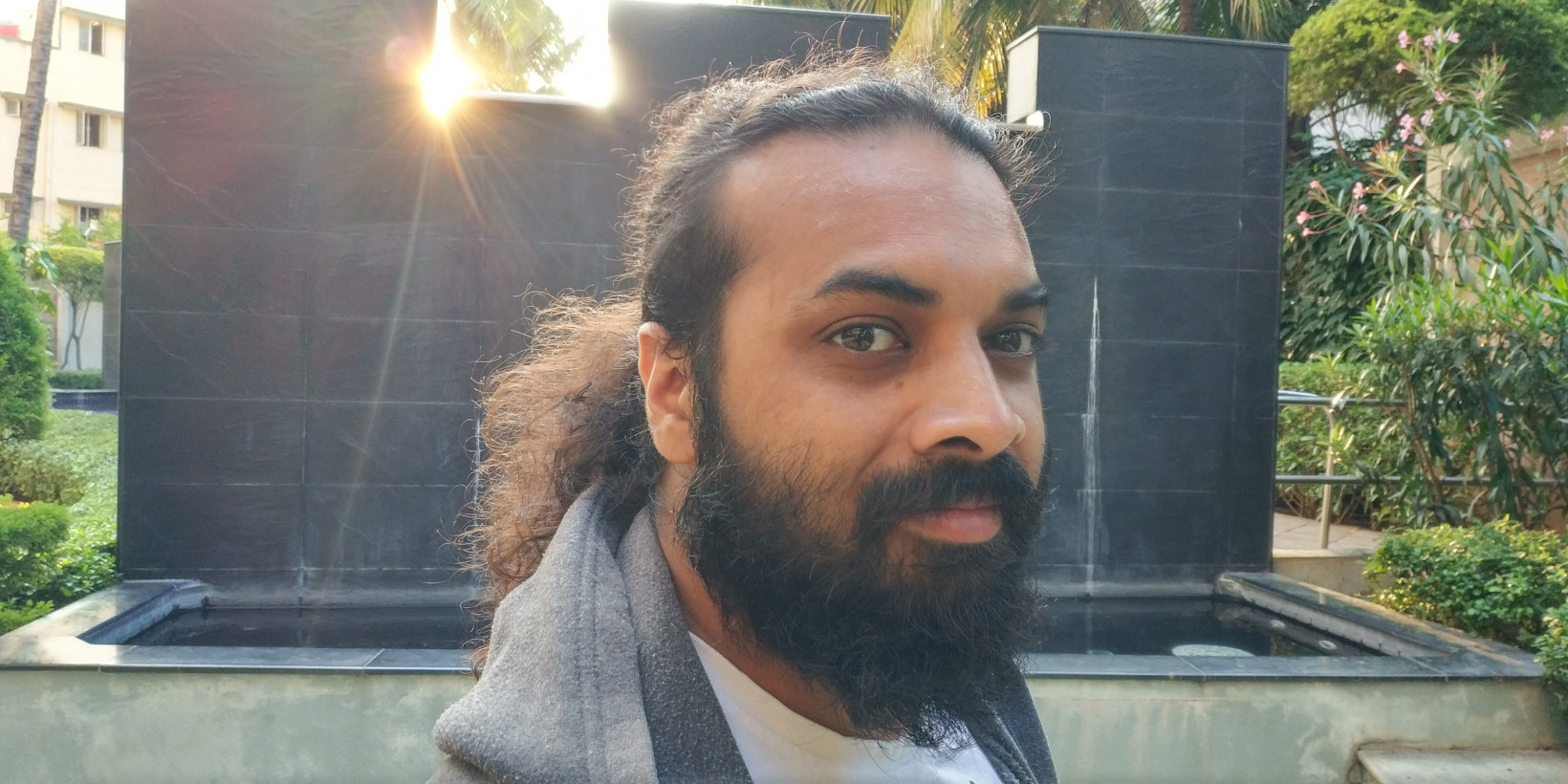 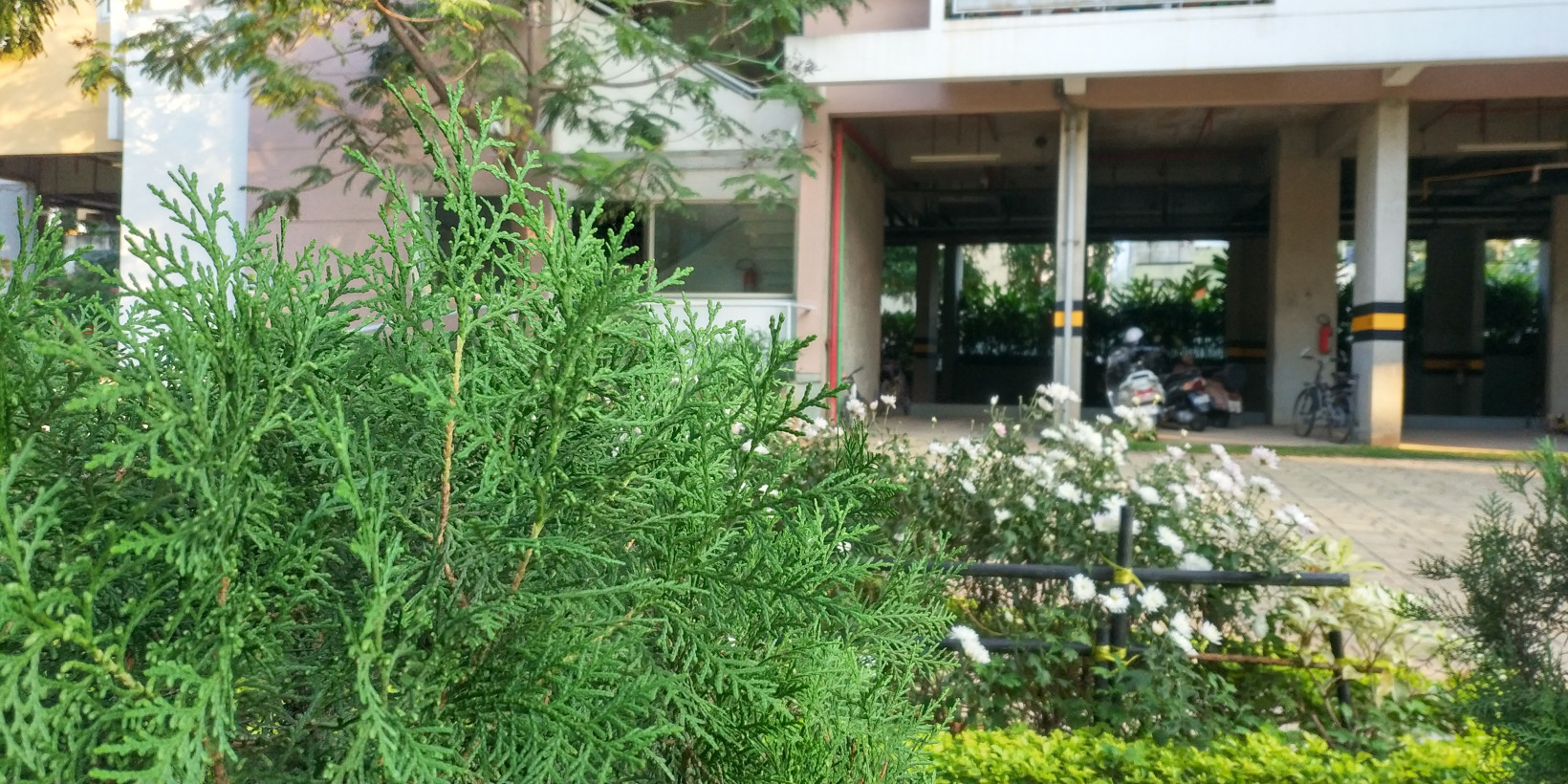 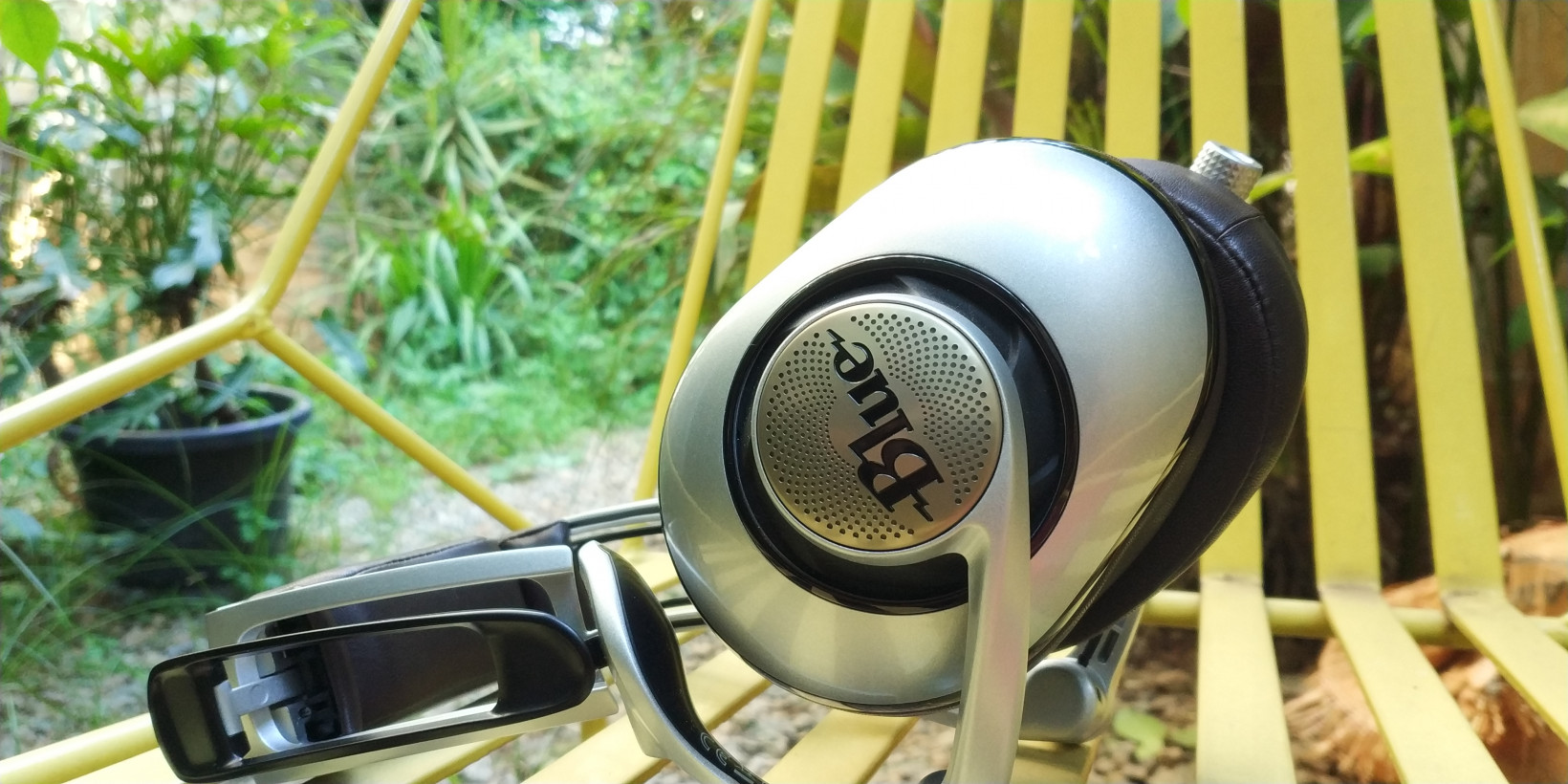 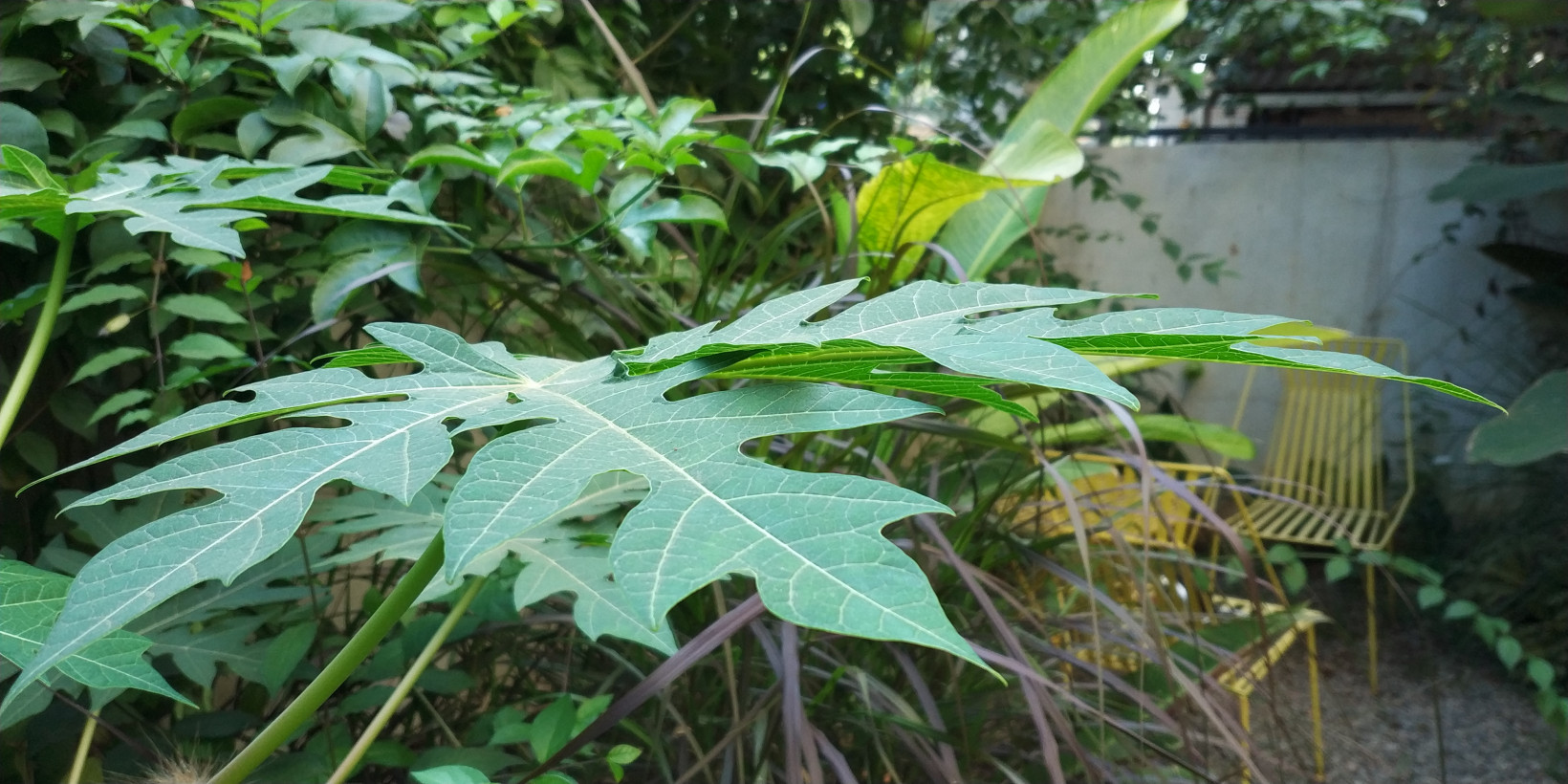 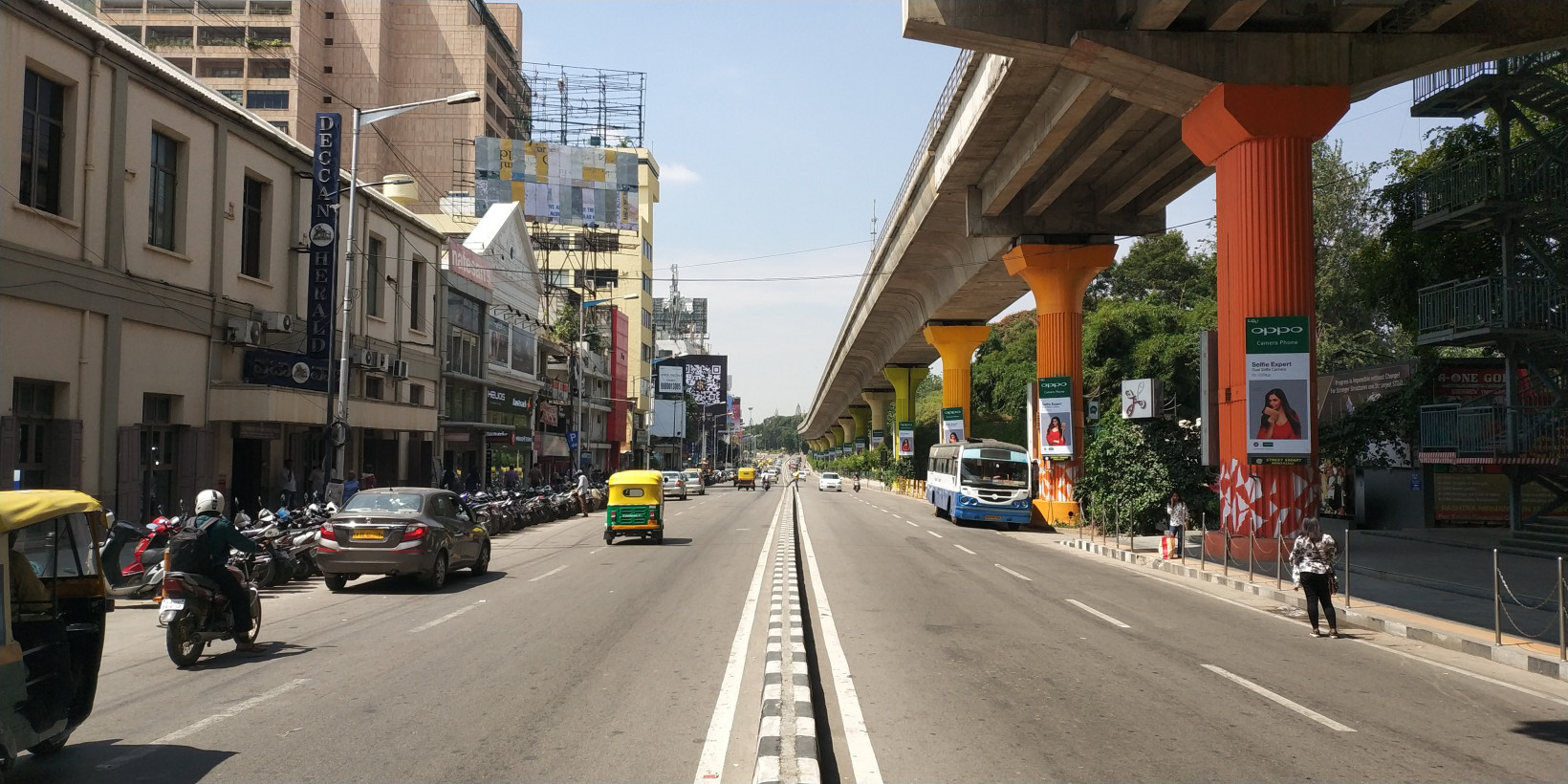 So why doesn’t the Mix 2 feature a dual camera? Xiaomi’s product lead Jai Mani explained that there were two major reasons why the flagship came with a single primary shooter:

– The first was that we wanted to preserve the design language from MIX as much as we could. One of the major decisions outside of the keeping the display was the camera placement, which we decided to keep the same.
– We weren’t able to fit a second camera while the size of the phone became so much smaller and easier to hold. That being said, we also greatly upgraded the camera itself, and in the Mix 2, we’re using the same IMX386 sensor and other key hardware from the Mi 6 camera module. The Mix 2 camera module is significantly larger than Mix 1 to accommodate all of this. For example, the OIS components take up a fair bit of space.

The 5-megapixel front camera, which sits on the bottom right corner of the front fascia, makes for awkward pictures in portrait mode. Instead, the camera app encourages you to switch to landscape mode. It gets the job done, and includes a number of features, including beautification, and 1080p video. Just don’t expect to get pretty shots in the dark.

Should you buy the Mi Mix 2?

The Mix 2 gets high scores for its outstanding performance and design, but it’s let down by a mediocre camera. I might have let that slide to some degree if this was 2016, but phones that cost roughly a third of the Mix 2’s asking price now come with dual cameras that are more compelling to use (even if they aren’t all that great with image quality).

But if that’s not your primary lookout, you’re in for a treat. The bezel-less screen really lives up to the hype, and once you try it, you’ll find it hard to go back to a standard phone.

Add to that a solid Android experience, plenty of storage space and more processing power than you’ll need for the next two years, and you’ve got a solid package on your hands.

The Mix 2 is available in India at Rs. 36,000 ($555), and it’s now in Europe, starting with Spain, at €499 ($579); you can also order from elsewhere over at GearBest. If you aren’t in a hurry, you’d do well to wait for the OnePlus 5T, which is slated to launch next week with a bezel-less design, and to command a similar (but perhaps slightly higher) price.