In recent years, Ireland, and the city of Dublin in particular, has established itself as a popular European base for American technology companies like Google, Facebook and more recently, Twitter. It’s a commonly held belief that they choose the affectionately nicknamed ‘Emerald Isle’ because of low taxes designed to attract such businesses. While that’s certainly part of the equation, it turns out that there’s actually far more to it.

Although tax is important, other countries like Estonia and Cyprus also offer good deals on this front to companies coming in from abroad, says Shane Nolan, Vice President of Content at IDA Ireland, the organisation charged with attracting foreign investment to the country.

Instead, Nolan believes that Ireland has succeeded in creating “the best blend of offering” for US tech companies looking to cross the Atlantic. A strong skill base is central to that – not just in software development, but a wide range of specialisms across a talented, young workforce.

The economic collapse in Ireland, which saw property prices fall through the floor in Dublin, has played into the technology industry’s hands, helping generate a lower cost of living than rival hubs such as London’s Tech City. Nolan says that this has allowed Dublin to make a name for itself as “A cool place to go if you’re a talented young developer.” Indeed, employers such as Google (with a 2000-strong workforce in Ireland – its biggest outside its home in Mountain View, California) attract staff from across Europe.

Venture capitalist Brian Caulfield of DFJ Esprit has watched Dublin’s technology hub evolve and throws a few other factors into the mix. Ireland is part of the Euro currency zone (making trading with much of Europe simple and inexpensive); it has a very supportive regulatory environment – everything from R&D support to labour laws that make it fast and easy to establish a company; it has a good education system and deep talent pool, and strong business support services such as experienced commercial law firms and accountancy firms.

The talent is key

It’s the talent base that seems to be at the core of Dublin’s appeal though. Paul Breslin, General Manager EMEA for US-based PopCap Games, which established its base in Ireland in 2006, says “PopCap looked at a number of locations to place our European headquarters; Dublin was selected predominately because of the talent that is available here.

“When PopCap first came to Ireland we wanted to set up a localisation department. Over the last decade, companies such as Google and Microsoft have attracted a large pool of talent, which has evolved over the years and PopCap’s main goal was to feed into that talent pool.”

Mark Gaydos, Vice President of Marketing for developer platform Engine Yard, which recently opened a Dublin office following its acquisition of Orchestra, echoes the sentiment. “We find the business community and media in Ireland have been very friendly and receptive to our company.

“Ireland understands the current and future value of the technology industry and is embracing it. Our team in Ireland has consistently exceeded our expectations.  They’re smart, driven and have a laser focus on providing value to customers and the open source community.  They’ve infused our already enthusiastic company with a whole new level of passion and commitment.”

In fact, Ireland appears to have succeeded in creating the beginnings of a true ecosystem that acts as a virtuous circle. Shane Nolan explains how Facebook’s arrival was followed by companies with a natural link to the social network, such as Zynga. These businesses then benefit from being physically close to the firms they do most work with.

There is a new generation of startups emerging from the giants, too. We spoke to Vocalytics at the Dublin Web Summit, a conference which, along with its sister event F.ounders, helps draw the tech world’s eyes to the city every year. Vocalytics was founded by former staff of Google Dublin who took experience of working on voice technology for the search giant and created a ‘personal trainer’ app for people giving speeches and presentations.

If more such startups appear over time, having cut their teeth working for the big boys, and stay in Dublin, Ireland could have a true ‘mini-Silicon Valley’ on its hands. Brian Caulfield agrees with this assessment, noting “It’s not at all unusual to see a startup team spin out of Google with one Irish founder, a Ukrainian founder and a Spanish founder.  Diversity is immensely important to innovation so that’s a very positive change.

“(Google has) also created thousands of jobs in a relatively small city which means there is a “density” and intensity of technology people and technology companies that, I think, is unique in Europe,” continues Caulfield. “Their presence is also creating a cadre of managers across a wide range of functions with deep experience of growing an international tech company.  That skill-set also gets recycled into the startup scene.” 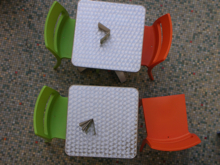 So, how does Ireland plan to develop its technology hub further? Shane Nolan says that IDA Ireland is focused on attracting more companies from North America, and also northern European startups and mid-size companies.

However, Brian Caulfield warns that Ireland needs to stay on its toes. “I do think it’s essential that there’s a really clear recognition that it’s not about getting ahead it’s about staying ahead.  Other countries have really woken up to what Ireland has achieved in this area and are trying to replicate that success.  We have to continually strive to improve the environment here.”

Caulfield suggests three actions the country should take to help it maintain its lead: Firstly, he’d like to see reforms to Ireland’s immigration system, making it easier for people with required skills to move to the country, coupled with an outward bound marketing campaign aimed at attracting skilled people to come to Ireland with their families. “That might seem counter-intuitive in a country with 14.3% unemployment but we need to constantly strengthen the talent pool,” he says.

To develop home-grown talent, Caulfield wants to see greater emphasis on science, technology, engineering and mathematics courses across the education system. He also wants to see the multi-national tech companies is the country interact more with the indigenous startup, venture capital and education and research communities. “What really makes this type of eco-system tick is that type of diverse interaction.”

Paul Breslin says that PopCap Games is actively engaged in improving Dublin’s offering further. “We work very closely with the IDA and are in communication with the government department who are listening to some of the recommendations that PopCap and the Interactive Games Association of Ireland are putting forward. These include a fit for purpose R&D tax credit for the games industry as well as working closer with universities to ensure that we have the right talent for the future.”

Even if there is still room for improvement, it’s clear that Ireland is a model example for a country that wants innovate its way out of a poor financial situation by fostering a true technology ecosystem.