I’ve lost my voice. I’m exhausted. I’m both happy and satisfied, but relieved to be home. My pockets are stuffed with business cards. And I have far too many memories to process for just two and half days at one event.

That event is F.ounders, a Dublin “experience” bringing together technology founders and influentials from across the globe for networking, discussions, socialising and yes, parties and pub crawls.

Since its premier last year, F.ounders has well and truly cemented itself as a ‘must attend’ in the annual technology events circuit – if you can get an invite that is. See F.ounders is invite only but once you’re in, you’re in, and “new founders” are able to mingle unreservedly alongside established founders such as Skype’s Niklas Zennstrom and Bebo’s Michael Birch.

Big name attendees weren’t exclusive to just the tech industry. The first night saw Bono, yes U2’s Bono, make an appearance during a dinner at Ireland’s oldest university, Trinity College. The second day brought the attendance of the Irish Prime Minster, Enda Kenny, followed by a trip to Aras an Uachtaráin for an audience with Irish President, the charming Mary McAleese, on her final day in power no less.

The wining and dining didn’t end there. Attendees were treated to an endless stream of alcohol and exquisite dinners, including an evening at The Guinness factory rounded off by a speech from River Dance’s co-founder Bill Whelan and an exclusive performance from a troop of his dancers.

Alongside F.ounders runs the Dublin Web Summit, a larger event where many of the F.ounders invitees are asked to speak at or jump in on a panel. While it was our European Editor Martin Bryant who attended and covered the event, and spoke highly of it, a few attendees did mention some frustration that Founders weren’t able to spend longer at the DWS after their respective speeches and panels.

At F.ounders however, it was perhaps its carefully structured – although not crammed – program that had many heading back. Tariq Krim, founder of Jolicloud, described F.ounders as though it were a movie:

While the event has been described as the “Davos for Geeks”, the morning panels felt somewhat secondary to everything else. With late night partying almost unavoidable, I’d like to hope that panels next year might be scheduled for the afternoon rather than the morning to give attendees more of an opportunity to enjoy both.

Beyond the “Craic”, efficiency, prestige and successful intentions to ensure attendees left fulfilled and networked-out, there was a clear statement: the Irish government want the tech industry to find a home in Dublin.

With a final dinner at Dublin Castle, it was Ireland’s minister of Foreign Affairs and Trade, Eamon Gilmore, who addressed the attendees and stated firmly and succinctly “We are in the business of attracting new businesses to Ireland…It’s no secret that Ireland’s reputation took some battering in the wake of the global financial crisis.  We know what was said about us.  But they’re not saying it any more.”

Founders’ Founder is Wicklow born Paddy Cosgrave (pictured on the left). An eloquent 27 year old with the naivety and foolishness to believe he could bring some of the biggest names in tech to Dublin, and did.

His story is a remarkable one and one we’ll share in detail soon, but for now, his answer to how he managed to bring the likes of Amazon CTO Werner Vogels, Twitter’s Jack Dorsey and Rovio CEO Mikael Hed across the pond over to Dublin remains “just talking to them.”

However, the event itself is the work of a team lead primarily by Daire Hickey and David Kelly, both of whom have come from widely diverse backgrounds yet have still managed to put on an event of understated luxury and efficiency like veterans of the industry. 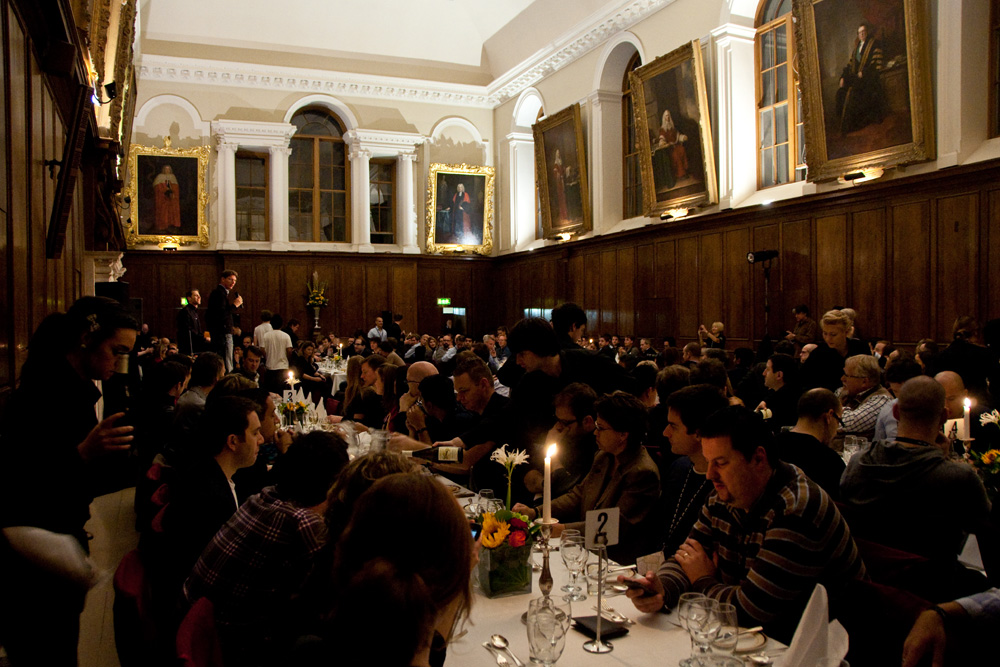 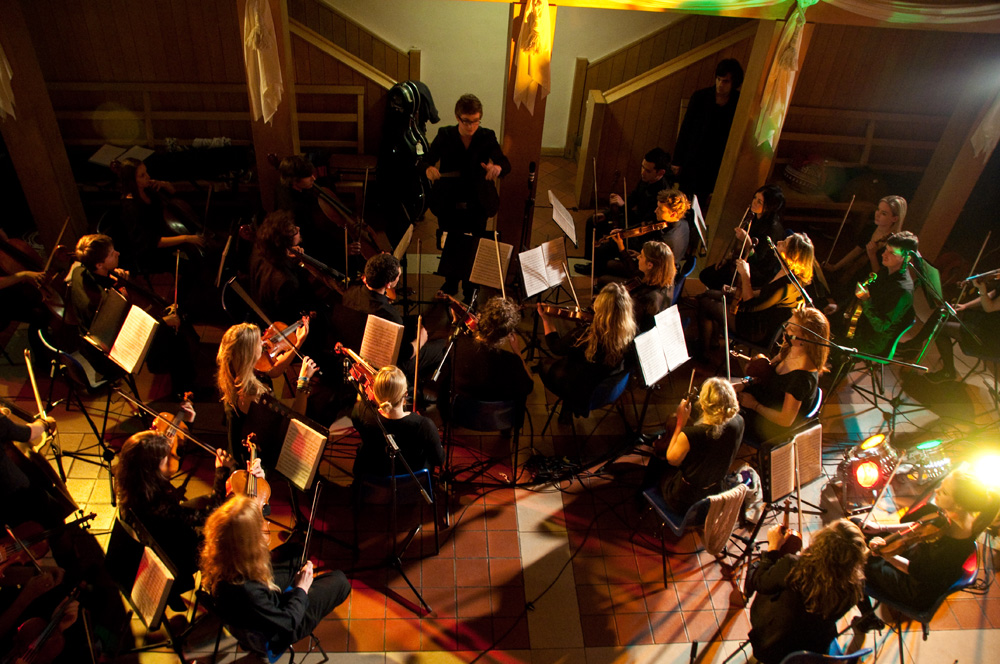 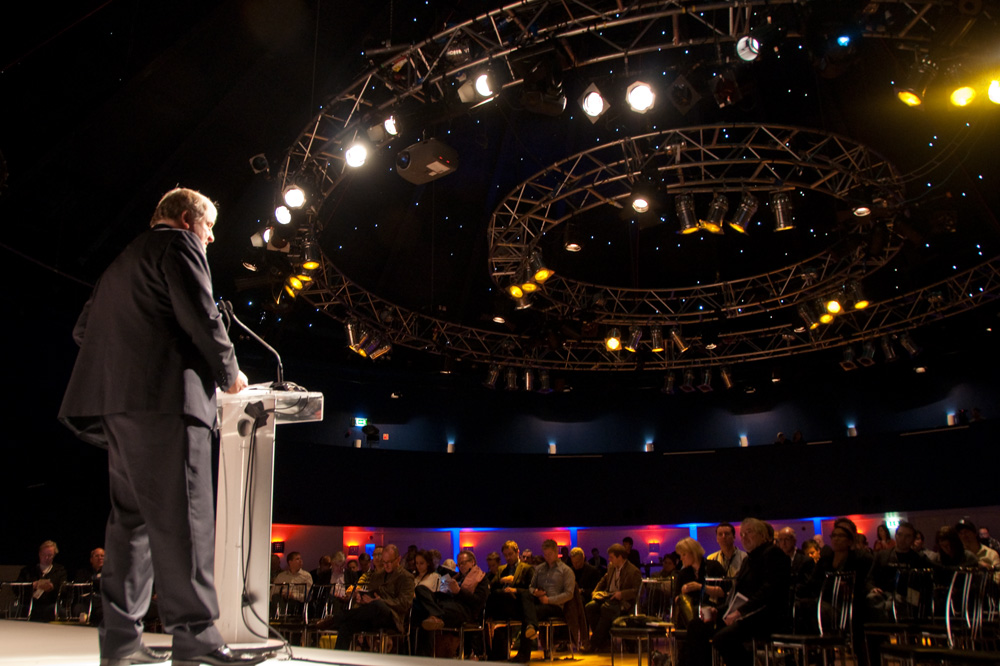 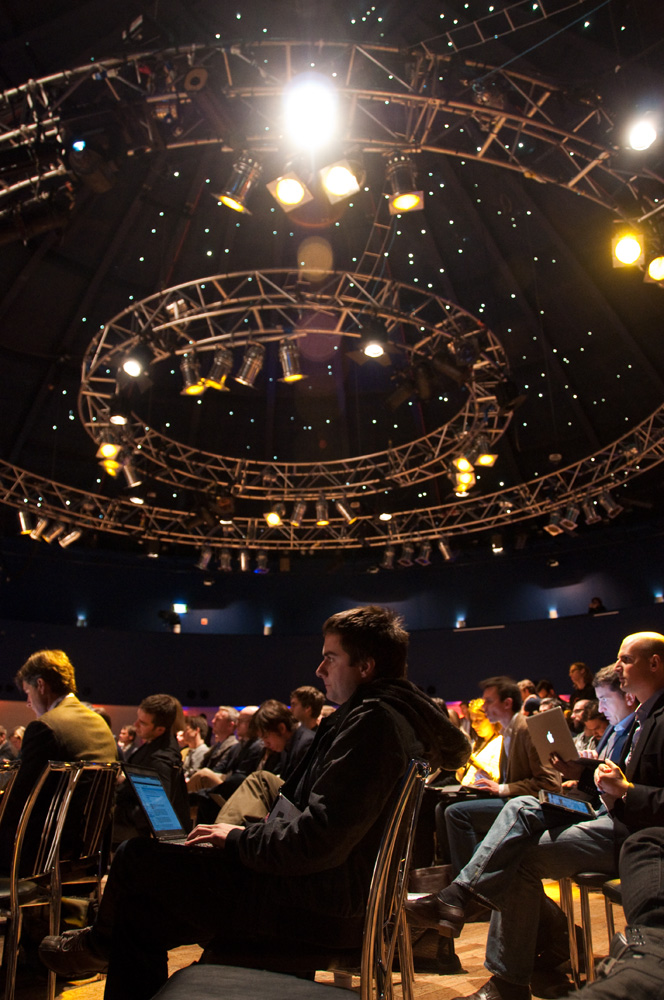 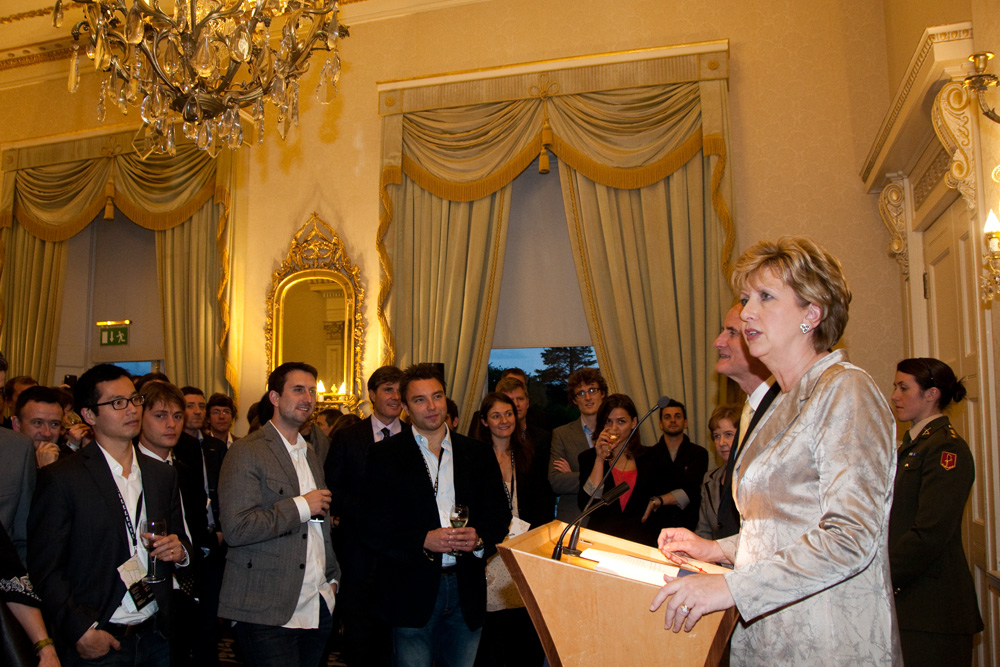 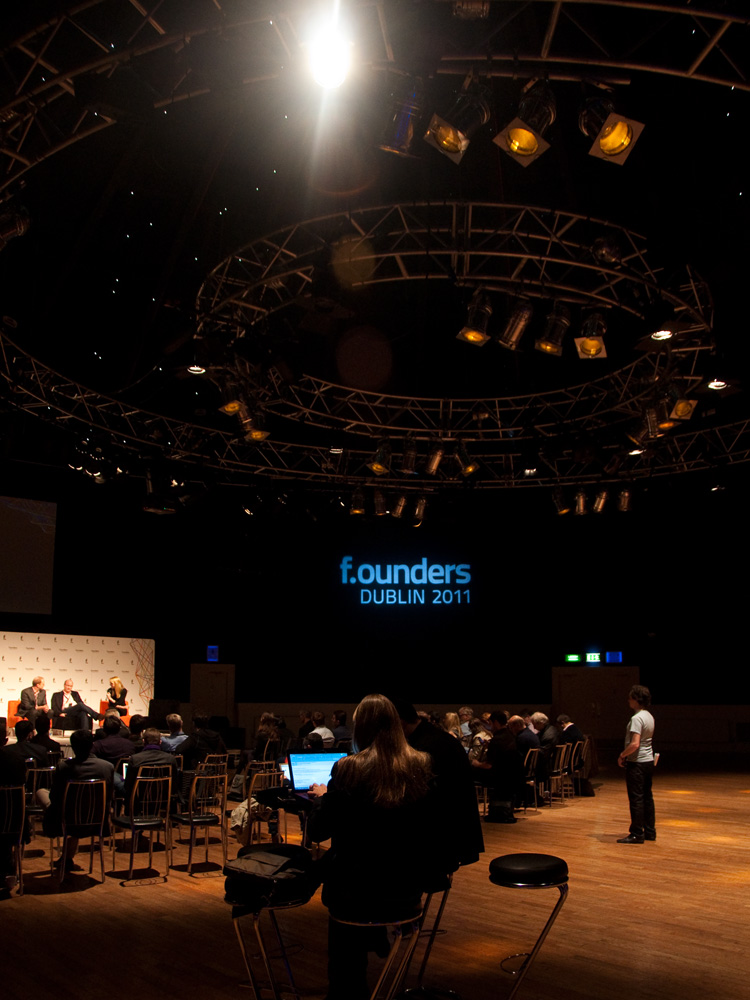 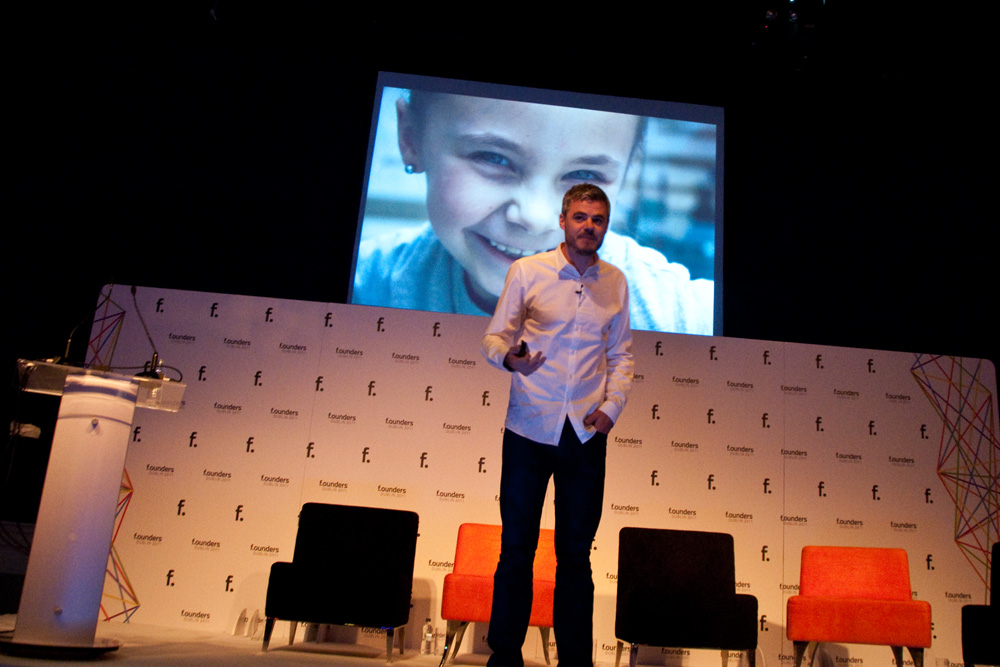 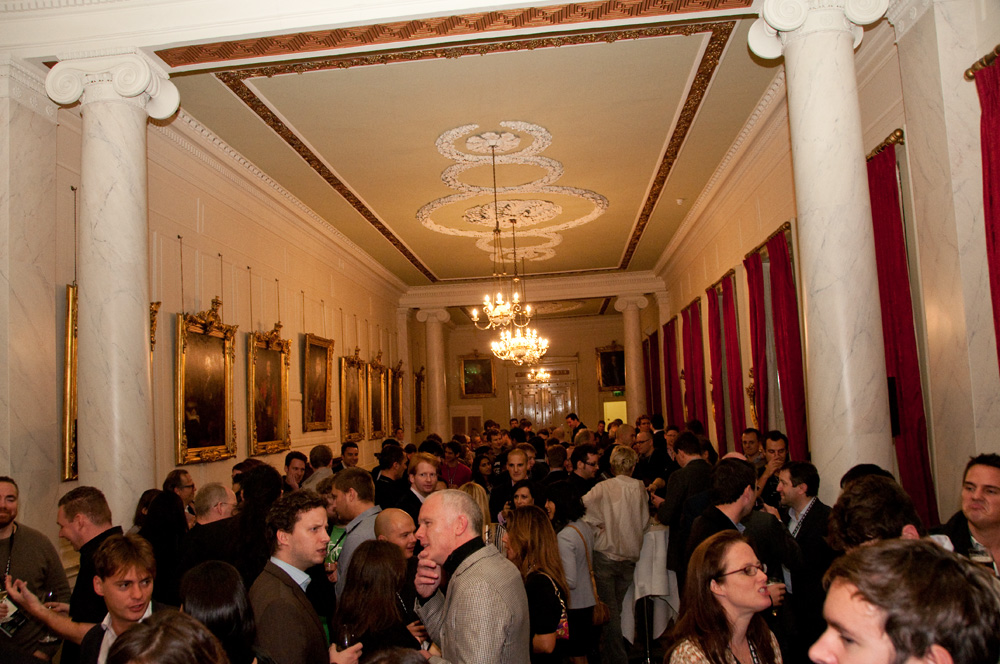 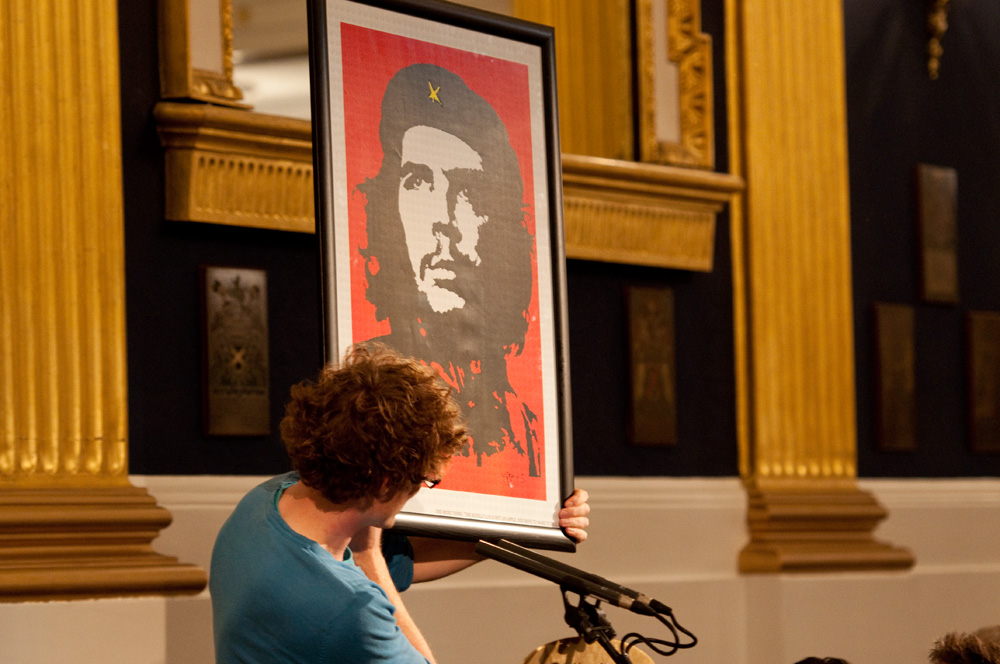 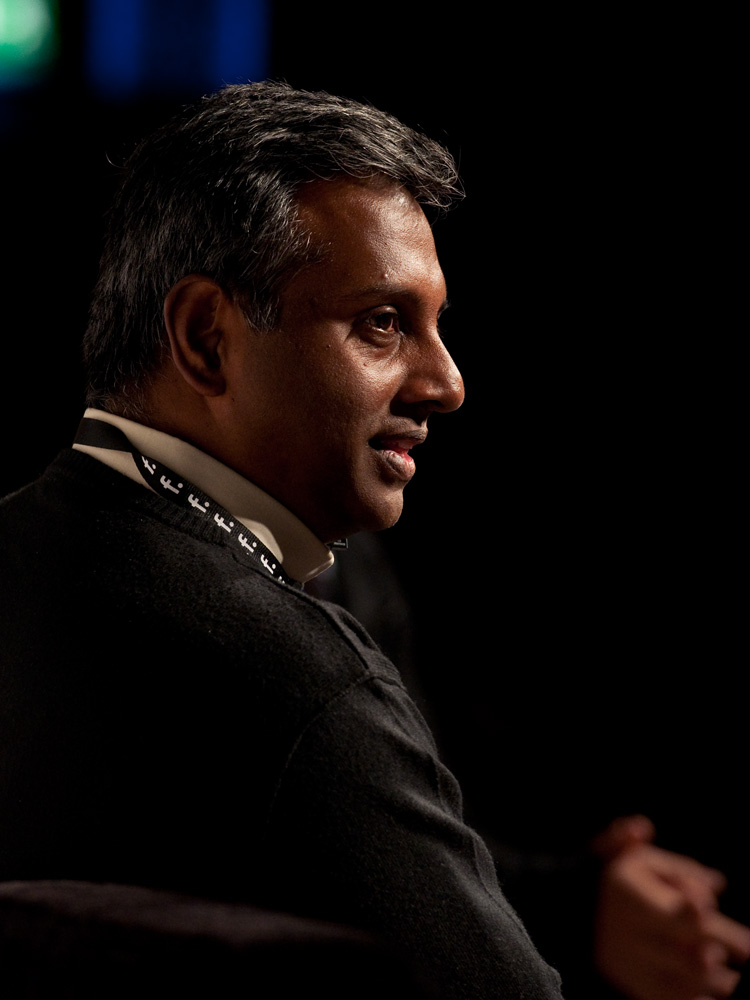 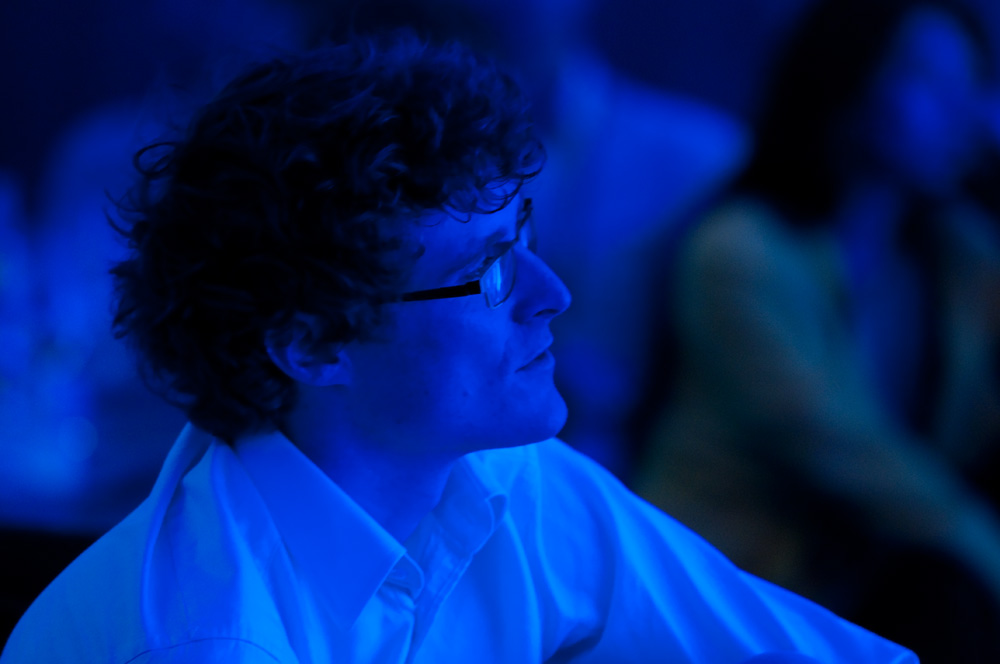 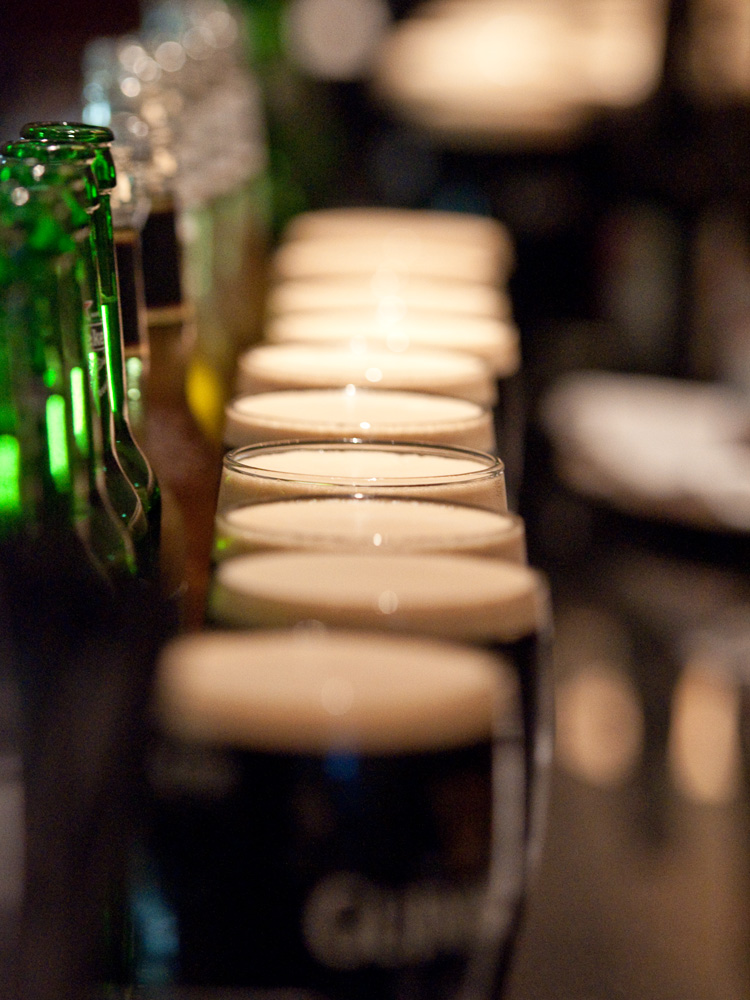 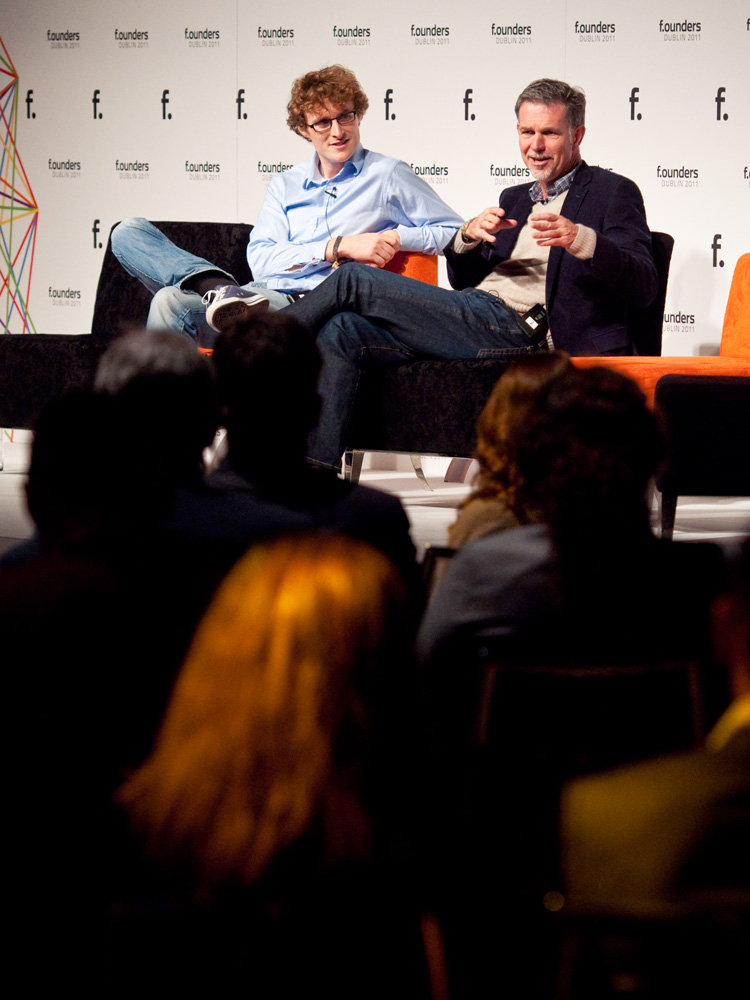 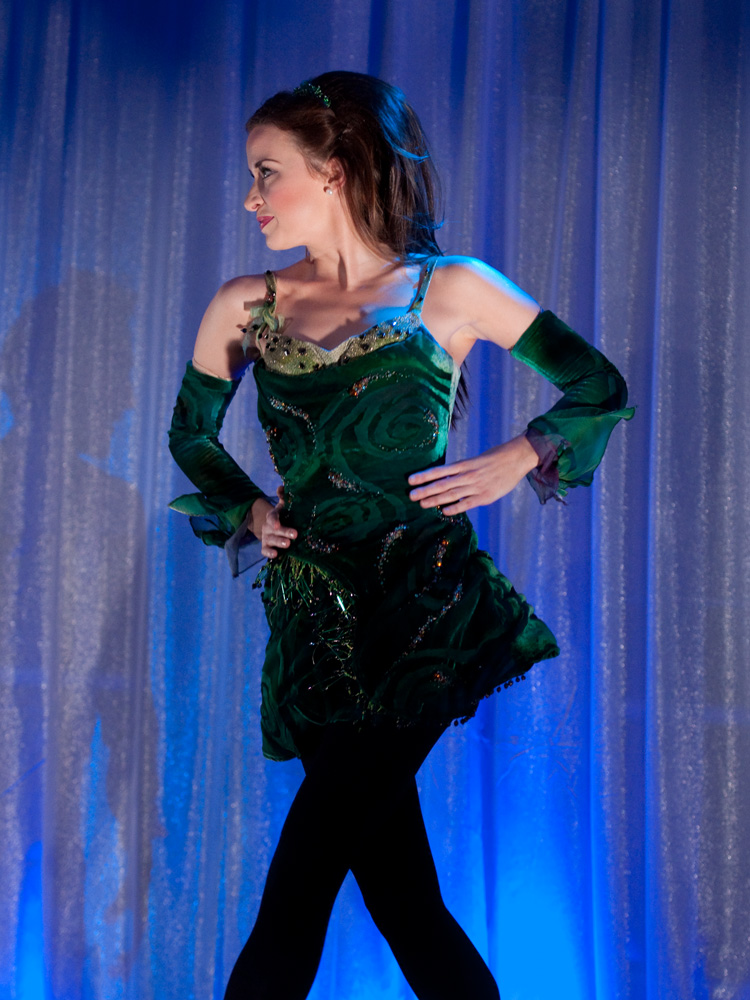 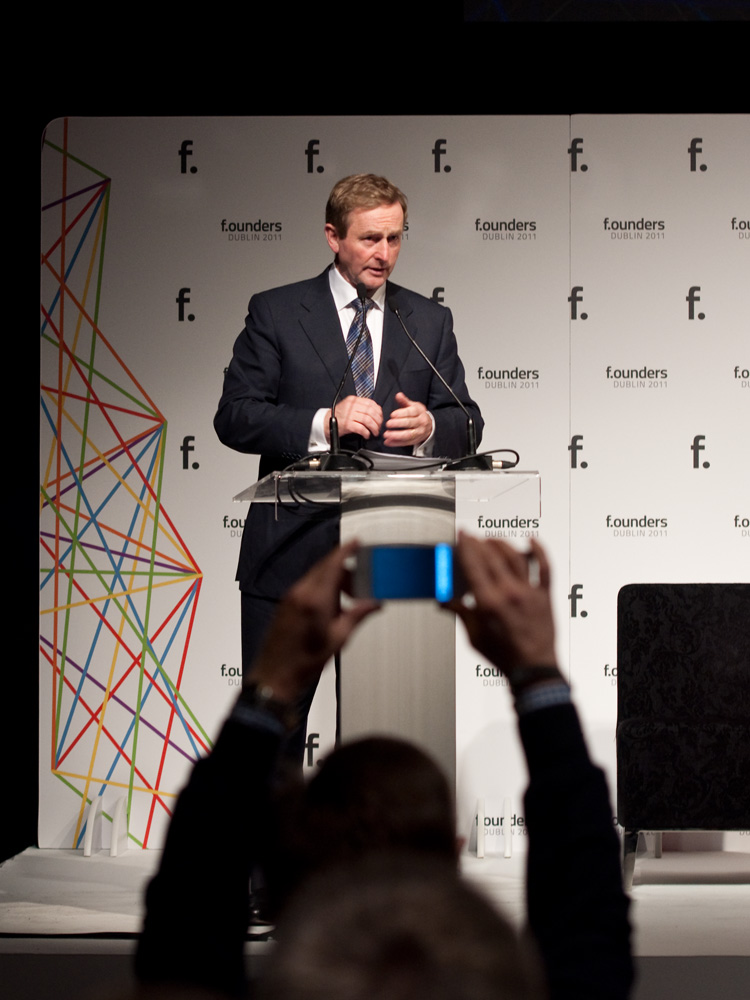 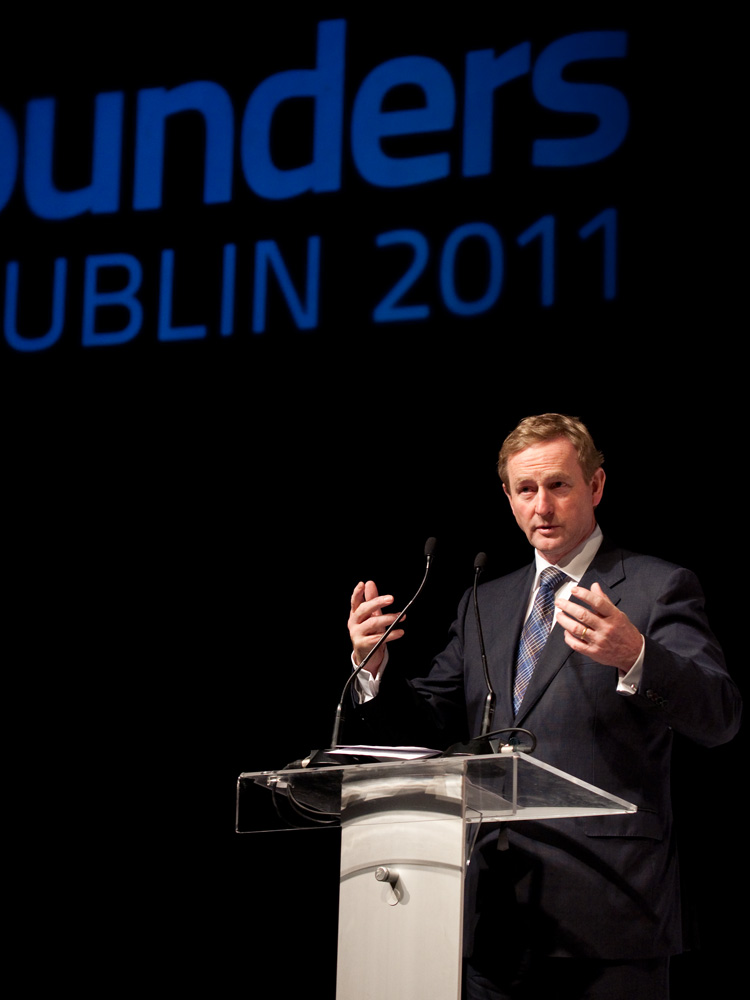 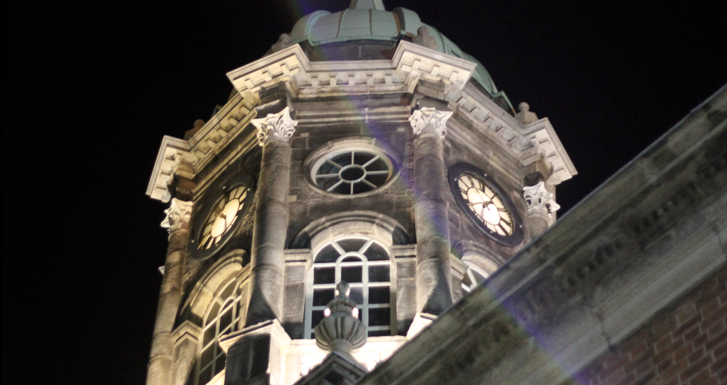 All images credited and thanks to Martin Mckenna.

Ultimately, it’s difficult to walk away from Dublin and F.ounders without being both impressed and utterly satisfied, and many wholeheartedly agree. It was the stature (and relevance) of the attendees, the precision of its organisation, its personable and relaxed tone and the seemingly endless take home gifts and surprises that left many, myself included, enthralled.

Amongst a number of gifts, it was an original signed Che Guevara print from creator Jim Fitzpatrick, designed to include tiny images of Steve Jobs, that served as a reminder to all that they should see themselves as more than just founders, but revolutionaries. While a one-on-one photo session with legendary Irish American portrait photographer, Kevin Abosch, who has shot everyone from Obama to Johnny Depp, provided a priceless memory.

With enough memories and experiences to keep people talking for the next year, the only question remains is how will Cosgrave and his team maintain the standards set?