So that was 2011, done and dusted and it was quite a ride for Facebook, as you can see in our review. While the last twelve months were hectic, they are nothing compared to the potential that this year has for the world’s most popular social network.

So, without further ado, let’s take a look at what we can expect from Mark Zuckerberg’s company in 2012.

IPO. There, we’ve said it. It will be huge, not only for Facebook but for the technology industry at large. Facebook’s rumoured $100 billion valuation could see it offer up to $10 billion worth of share options, which is likely to create thousands of millionaires in the process. 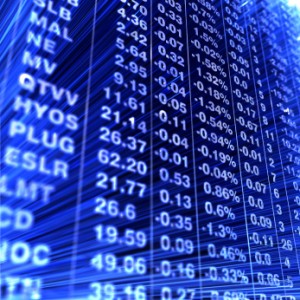 Given that these folks have witnessed the startup that they once worked at grow into an Internet colossus, who wouldn’t bet that some of them may want to use their experience (and considerable funds) to help build the next game changer.

The IPO will likely impact upon places outside of Silicon Valley, too. Facebook’s co-founder Eduardo Saverin has been making moves in Singapore for some while, and we can well imagine that some of the soon-to-be newly minted Facebookers might fancy the chance to get involved in tech scene in developing markets like Asia, Latin America or elsewhere.

But Facebook’s IPO is more than just monetary, it is significant because this young upstart is joining the establishment. Once written off as a time-wasting pursuit for kids, social networking itself is finally, indisputably, a part of the Internet status quo.

Of course, this change has really happened over the last few years, as corporate boardrooms increasingly plough money, people and time into reaching their customer through Facebook, Twitter and other new media sites. But the Facebook IPO is a culmination of this sea change.

By the way, if you’re looking for a tip as to when the big move might come, the first quarter is a good bet as Facebook must disclose its financial results by April.

Though it sounds like a cliché, Facebook’s growth has been extraordinary and it is now closing in on one billion users worldwide. We’ve become accustomed to comparing Facebook’s user base to countries, but soon it will outgrow China and India and become bigger than any state on the planet.

Arguably the most fascinating factor behind Facebook’s growth is that the company itself has done precious little to encourage it, because it hasn’t needed to, in most cases. Facebook has seen word-of-mouth and other organic growth largely responsible for its worldwide rise, but this year it is likely to begin becoming more local. 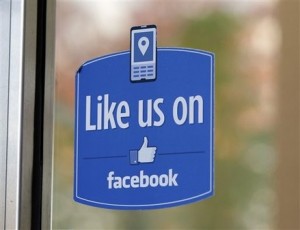 In Asia, for example, it opened a regional office — admittedly primarily for sales at first — and this is typical of many regions where, having grown into the most dominant local player, a local presence can boost its relationship with businesses and solidify its presence by bringing more local content to users.

Localising is another of the tasks that Facebook faces as it ‘grows older with grace’.  The world has moved on since its founding in 2004 and, with social media an established global trend, other are looking for a slice of the pie, and local is a key differentiator over Facebook right now.

Answering the question of China

Facebook is close to hitting ten figures’ worth of users and yet its presence in the world’s most populous market is minimal, with around half a million registered members. Yet, in China, social media isn’t waiting for Facebook as it has already boomed into a hugely significant industry, that is challenging the government’s control of information. 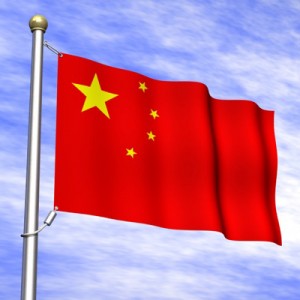 His visit to China was officially a holiday, but Chinese tech media were reporting rumours abound during his time in the country. According to a report from Bloomberg, Zuckerberg met with Baidu (which is loosely an equivalent to Google in China) and Sina (owner of China’s top microblog) as well as Alibaba, the ecommerce giant that is currently vying to purchase Yahoo.

Entry China would be difficult, to say the least, given that Facebook is officially blocked in the country, while users have already flocked to domestic social networks, suggesting that a partnership with an existing, established company might be adopted. Last year, rumours suggested that Baidu could be that partner, but nothing concrete has developed.

For his part, Mark Zuckerberg has stressed that the company has “no immediate plans” to enter China, although comments from COO Sheryl Sandberg suggest that it cannot afford to overlook the country.

Furthermore, a number of factors suggest that the issue will be raised at some point and, with the company set to IPO and pass one billion users this year, 2012 could well be the time that Facebook brings a China strategy to the table. However, getting a plan in place doesn’t necessarily mean that Facebook China will come to be in the next twelve months.

Becoming the center of your Internet

The most significant moment of 2011 for Facebook was the introduction of the Timeline, its attempt to reorganise and own social interaction on the Internet. The redesign also plays into the hands of its advertisers — which is either a bonus or the plan all along, depending on your point of view — enabling them to tap into a greater understanding of Facebook users. 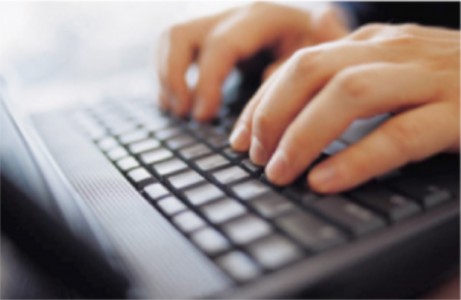 Facebook’s aim isn’t just to own your interactions with your friends, it is continuing to push its feelers into the open Web, as it has been doing so for some time now. The addition of a comment platform, Facebook Connect, subscribe buttons (both for users and websites), dedicated Facebook Messaging apps and more, all of which show a desire to make it the centre of the modern Internet experience.

Given recent developments, it seems likely that Facebook will put significant efforts into bringing more media onto its service, as the Washington Post has done with its social reader app. Building strong links with content providers gives users more reason to use Facebook as they can grab their news, views and catch up with friends from one place.

Last year saw Facebook make significant introductions based around content and we suspect that this focus will continue, although we’ll have to wait to see exactly how it moves.

Facebook has conquered the Internet in so many ways, but its performance on mobile is somewhat below par when compared to the rest of its offering. Using it on a mobile or tablet device is not slick, not because of the user experience, but because Facebook is taking its Web experience and plonking it on to a phone. 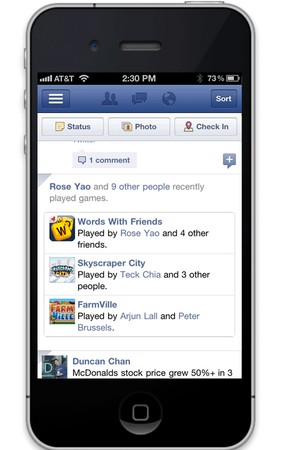 There is not yet a clear distinction between different platforms, which is an issue as the user experience is hugely different on a mobile — where screen size and multitasking is limited — tablet or PC.

Many of Facebook’s shortcomings on mobile were exposed when mobile social network Path relaunched with a much-heralded new design. As we speculated following its redesign, Facebook would do well to acquire Path, whose sole focus on mobile has helped it build an innovative app that is a delight to use.

With mobile gaming seeing a notable increase last year, the space is likely to be one that Facebook looks to advance into. It just recently redesigned its mobile service to better emphasise and share gaming experiences, and we suspect that this will be the first step as it looks to bring to bring its gaming clout on mobile up to size with the runaway success it has had with the genre. Let us not forget that it aided the rise of firms like Zynga, which is a multi-million dollar operation in its own right.

With smartphone and tablet usage rising across the world, particularly in markets like India where Facebook has much potential to grow, there is a need to prioritise mobile. In many developing markets where Internet penetration is low — the Web covers just 10 percent of India’s population — mobile is becoming a primary Internet access point for many, a significant number of whom could go to become new Facebook users.

This is just a slice of the possibilities that Facebook might serve up in the new year, given its tireless ambition and ever-evolving scope, there are countless other areas where it may make plays to advance its service.

For example, Facebook is known to be moving into the mobile space, with its Buffy project with HTC slated to go public this year, but there might yet be more developments like this which take it outside of its usual scope. Who could have predicted that Google would buy Motorola, and what is to say that Facebook might not jump into mobile, hardware, wireless service provision or any other space where it sees benefit?

One thing is for sure, you’ll be able to keep up with every twist and turn from the social network right here on The Next Web’s Facebook channel.

Read the rest of our 2012 previews here.