India’s tablet space is heating up after a new low-cost device aimed at schools and young students launched in the country. The Classpad, produced by Classteacher Learning Systems, is aimed squarely at improving learning and interaction in the classroom, however there are plans to ramp up production to the general public.

With a starting of 7,500 INR (circa $140) and going up to 14,000 (around $265), the three Classpad tablets are more expensive than the government sponsored Akash, which retails at $45, but its maker believes that it has more benefits. 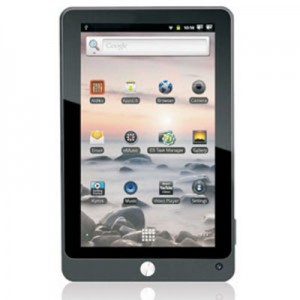 Like the Akash, the Classpad runs Android 2.2, its built-in memory can be expanded from 4GB to 8GB while its 6 hour battery life and touch screen interface are superior too, according to the company.

The real difference between the Classpad and the Akash lies in its primary function. While the Akash is designed to increase the availability and usage of computers and the Internet in India, the Classpad is fully dedicated to education.

To that point, were the company satisfied with the performance of other low-cost devices, it would consider focusing entirely on software, as Rohit Pande, CEO of Classteacher Learning Systems told The Mobile Indian:

If other tablet players like Aakash and Samsung come out with tablets that have decent specification in terms of hardware and are affordable we will explore tie up with them so that we don’t have to worry about the hardware and concentrate on we do the best that’s education content.

The Classpad is aimed at school children aged from 3 to 12, and it has been made available to 1,500 students across a number of schools in India. The company is planning to deliver an additional 2,000 devices, while Pande reveals that it will “start booking tablets for the masses” within a month, bringing it into competition with the Akash, and its second generation brother, the Ubislate.

India’s tablet space is likely to see yet more competition arrive on the scene this year that’s, in a large part, to Android’s OS which enables companies like Classteacher Learning System and Datawind — who produces the Akash and the Ubislate — to introduce affordable devices to the market.

It isn’t only the low-cost performers that are seeing success, as yesterday we revealed that RIM had seen a sudden surge in sales after it shifted 12,000 Playbook over a four day festive sale. Apple’s pricing continues to restrict the number of Indians who can afford it, leaving the lower cost players to fight for the mass market users.