Weibo, previously known as Sina Weibo, is widely recognized as ‘China’s Twitter’ — but new users may have a jarring experience when logging on for the first time. To put it simply, it’s like being at a rowdy party where bright colours, loads of multimedia, various sounds and all sorts of content assault your senses as they vie for your attention.

It is essentially very unlike Twitter, which is comparatively a much calmer oasis. If you’re a Twitter user, you are unlikely to appreciate Weibo and its noise, but there is a flip-side to it.

In an interview on the sidelines of GMIC Beijing recently, Weibo CEO Gaofei Wang told TNW  that the service is purposely positioned very differently from Twitter, and what is viewed as ‘clutter’ on the service suits its target audience — Chinese users. He revealed that this difference speaks to the way that people in China are using Weibo and how people elsewhere in the world use Twitter.

At our IPO roadshow, many investors asked how we differ from Twitter… The difference between us and Twitter is that many people say Twitter is much cleaner and minimalistic, but this is done as part of our strategy.

Look at the results. We see that in the US, Twitter tends to fulfil users’ need for news, but when it comes to celebrity gossip or a glimpse into their lives, they tend to head to Instagram. In China, this hasn’t occurred. Both use-cases still happen on Weibo — no matter whether government agencies or celebrities; they’re all active on Weibo.

So from the start, we have had a different positioning and ultimate goal from Twitter — we hoped to be the platform for any public information, which means not only text, but also videos and images. Right now we see the result: in the US more people are taking to Instagram to follow celebrities, but in China it still takes place on Weibo.

Over the next one to two years, Wang revealed that Weibo intends to invest in backend technology to support a more diverse range of media on its platform, including music, videos and games, as it seeks to add further value for users. Part of the funding from its recent IPO in the US, pegged at $286 million, will be channeled to making such investments.

“The presentation of news or information is becoming more diversified, and we hope that in the future the platform will include more multimedia posts from corporations and organizations, as well as from typical users,” Wang told us.

However, Weibo’s IPO didn’t go all smoothly, and the initial listing arguably failed to live up to expectations. Shares were sold for $17, the bottom end of the firm’s valuation, while Weibo sold 16 percent fewer shares than it had anticipated, as The Wall Street Journal reported. The listing valued the company at $3.46 billion, which many still felt was excessive. Subsequently, Weibo’s shares surged on its debut, but it has been a rocky journey so far.

This could be because Weibo is simply too foreign for overseas investors to fully understand.

Other than the messy interface, the issue of where Weibo can find growth is another topic that is frequently misunderstood and compared directly with Twitter. After all, Weibo is only targeted at a Chinese audience, whereas Twitter is now a global service except in countries where it is censored, among them China.

It is natural that people think the growth for Weibo is limited, which may be true in terms of global reach, but keep in mind that Weibo fills the gap for Twitter in a huge market. China’s Internet population hit 618 million at the end of 2013, with 81 percent connecting via mobile. The country’s population now numbers about 1.35 billion.

This suggests that there’s still space for growth in China, and Weibo is keen on doing exactly that as it seeks to attract users from more rural areas, many of whom are coming online for the first time.

“Users in the second, third and fourth tier cities typically read newspapers and watch TV to get their news. But now, we get new users from these cities as they are diverted from traditional media,” Wang told us.

To go about this, Wang said that Weibo needs to focus on gathering information sources that are relevant to users in these cities, including certain government agencies and celebrities, and not only those that users in the first-tier cities want access to.

“As long as we have things that they want to access, our users will naturally be active, and the absolute timing spent on our platform becomes less important — because they can only access certain information on Weibo and not on other platforms, which means they won’t leave,” Wang told us.

Weibo is co-existing with Weixin

This also raises the issue of popular messaging app Weixin (known as WeChat globally) putting pressure on Weibo. Previously, Sina (Weibo’s parent company) already admitted that it believes time spent on Weibo is down because of competition from rival Tencent’s WeChat messaging service.

Wang candidly admitted that in terms of time spent on mobile, Weixin beats Weibo because chat communication is a key need for people:

China’s Internet reports have shown that communication is always in the first place, while second is getting information and third is search. So in terms of timing, chatting will take up most of a user’s time. We don’t want to compete with Weixin in absolute amounts of time. But we want to make sure that people turn to us when they want to access public information.

Essentially, this means that Weibo is competing more with other information providers such as traditional media or other news sources. And Wang revealed that even if Weibo manages to make a mark on the information sector, it can’t monopolize the social networking industry in China like Tencent has done, which happens because people tend to veer towards communication platforms that their family and friends use.

“They would have about 95 percent of the sector, but if we own 60-70 percent of the information sector, it is already very good. It can’t be denied that the commercial value of a public information platform is less than that of communication. It can be seen in the valuation of our companies,” Wang said.

Tencent is much more than WeChat — it also owns instant messaging platform QQ and a plethora of entertainment and mass media units, but investors view it positively largely because of its wide reach in the online communications sector of China.In March, Tencent crossed a value of $150 billion, while Weibo is only valued at a fraction of that — specifically around $3 billion to $4 billion.

Wang isn’t fazed though. He treats Weixin as targeting a totally different form of usage, and noted that Weibo’s future growth story doesn’t lie in defeating the messaging app — instead it is going to focus on achieving a larger market share in the information sector.

Weibo faces a rough journey ahead though. There have been concerns that the usage rate on the service has slowed partly due to government-backed censorship rigors, which WeChat isn’t subject to in the same way. Wang declined to discuss censorship in our interview, a sensitive issue if raised within the country. A report showed that as of end-2013, the number of microblogging users in China actually fell by 27.8 million users, while usage declined by 9.2 percentage points, leading to panic that Weibo wasn’t doing well.

However, it must be noted that the report included smaller rivals including Tencent Weibo, which have been squeezed out by Weibo. Essentially, a consolidation of the microblogging industry in China means less users overall as they quit other platforms. And despite the challenges, WeChat — for all of its plaudits — still isn’t public-facing and that is where Weibo plugs the gap.

In terms of advertising for businesses, Wang also noted that Weixin and Weibo manage to co-exist and serve different needs:

A lot of businesses open both Weixin and Weibo accounts, but they belong under different departments. The marketing department tends to be in charge of Weibo, while the customer relations or CRM department takes charge of Weixin. This is a very obvious difference.

For example, Xiaomi has both. But if you see its marketing initiatives, it’s all done on Weibo. If they are trying to communicate with long-time customers, they will do that on Weixin.

Another part of the future of Weibo also lies in its tie-up with e-commerce juggernaut Alibaba, which bought 18 percent of Weibo for $586 million last year. The company later upped its stake to 32 percent during Weibo’s listing process.

Alibaba has already integrated its payment service into Weibo, after the two teamed up to launch a “Weibo-Taobao” platform to make it easier for customers on Weibo to shop on e-commerce site Taobao. The collaboration basically allows users to buy products directly on the Twitter-like microblogging platform.

Going forward, Wang told TNW that he hopes Weibo will become a one-stop service platform as it taps on Alibaba’s resources.

“We hope that businesses don’t treat us as something like Twitter by only thinking of us for advertising and marketing, but think of us as more of a service platform, something like the role Facebook plays,” he said.

Many people have negative comments when asked about the future of Weibo. Indeed, it seems that there is a limit to its growth as it targets only a Chinese audience, and people may be using it less as they spend time on other platforms, in particular Weixin. Add on to that the thorny issue of censorship, and it is little wonder that many envision tough challenges lying ahead.

However, it can’t be denied that Weibo has built its name as a source of news — for example, during the recent missing Malaysia Airlines plane incident, there was a spike in Weibo’s usage as people flocked there to get real-time information. And this is what Wang has chosen to focus on, as he believes that users won’t leave its platform as they seek access to such information. But the biggest challenge for Weibo is how to increase engagement with its users, beyond simply being a platform where they passively receive news and lack stickiness. 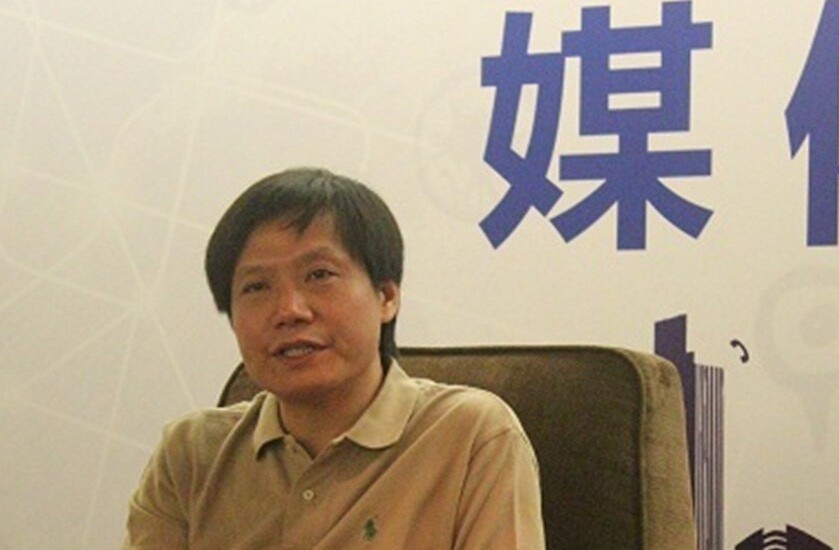 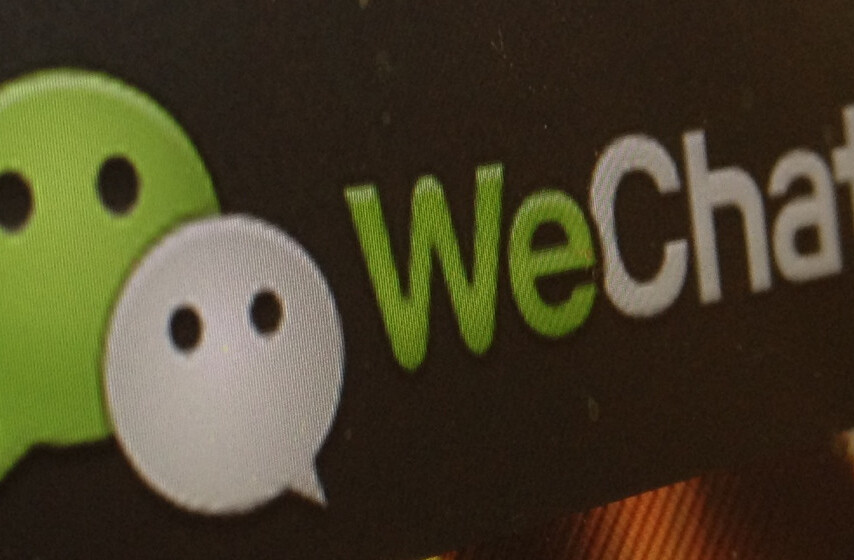