Just before I deleted the now-defunct app Oink from my iPhone last night, I took one last look at it. Regardless of whether or not it was destined for success, it was one gorgeous app with a fun user experience too. As I erased it, I realized that it was one user experience I’d never enjoy again. 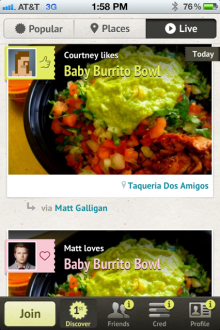 Oink has already been pulled from the App Store, and the data and back-end that drives it is being taken offline, making the app useless even to those who keep it on their phones. To all intents and purposes, Oink is dead and gone.

Isn’t this a huge loss to society? Old books, TV shows and movies are archived for our future enjoyment, whereas we delete old apps from our phones and move on. Apps from the past can teach us a lot about the evolution of user interface and experience design.

Just think about the way Twitter for iPhone has evolved from the Tweetie-based app it began as to a very different beast today. How about Gowalla? Another great-looking app that is now gone for good.

If we’re lucky, developers open source the code of their past projects, but even if that happens, it doesn’t mean the app is easily available for anyone to use in the future.

It’s time for an App Museum 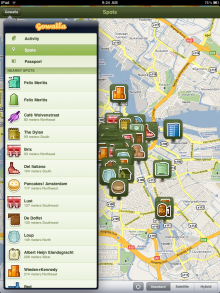 An online ‘app museum’ would be an ideal way of allowing anyone to learn about the apps of the past and to use them as people did when they were live, ongoing projects.

Think about how projects like The Wayback Machine and Digital Archaeology (our coverage here) archive websites of the past for future generations – the App Museum would do the same thing. App publishers would need to agree to their old apps featuring in the museum, but it would be a nice gesture for company that’s closing down to say “We’ll be donating our app to the App Museum” as it said goodbye.

How would it work? Well – that’s the tricky thing. Browser-based emulators for popular operating systems would be a possibility but there are undoubtedly technical and legal implications with that. I’d argue that Apple, Google, Microsoft and other mobile OS providers owe it to humanity to support such an initiative, however.

Then there’s the data – apps like Gowalla and Oink are driven by user data, so there would need to at least be a dummy data set to play with for each app that required one.

Sure, it wouldn’t be easy to create an App Museum, but our descendents will thank us if we do.