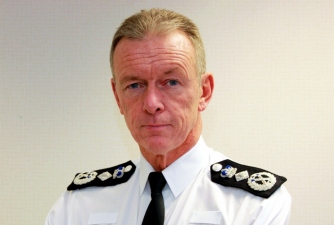 Hogan-Howe applied for the position of Commissioner himself in August 2011, and was selected for the role back in September.

This latest social media initiative is one in a long line of social media use-cases we’ve seen from UK police forces in recent times.

Late last year we reported on how Greater Manchester Police was tweeting every 999 emergency call it received over a 24-hour period.

The police force saw an overwhelming response among UK Twitter users as it published over 100 tweets an hour, reporting everything from emergencies such as thefts and potential accidents, to non-emergencies like threatening Facebook messages and a man who fell asleep on a toilet in a theatre.

Then in April this year, West Midlands Police announced it was to publish court rulings on Twitter, as a direct response to reduced coverage due to budget cuts in the local press.

But the riots that blighted London and other cities across the UK back in August also heralded some interesting social media use cases. The Metropolitan Police used Flickr to identify London riot suspects, and then Greater Manchester Police started tweeting the names, dates-of-birth, and addresses of those caught looting.

In November, the Metropolitan Police tried reaching out to Anonymous on Twitter to ask what it had planned for the 5th of November in London, after the hacking collective had hinted it there may be some foul play happening.

Meanwhile, if you have any burning questions to ask the UK’s top bobby, you can append your tweet to the Metropolitan Police with the hashtag #askmetboss, and it will run from 4.45-5.45pm.