Welcome to our nineteenth Tumblr Tuesday, where every Tuesday we celebrate our love of Tumblr by interviewing the mastermind behind a new blog. Tumblr, a New York City based startup, is like the FFFFound for the rest of the world. It’s as shareable and fast-paced as Twitter but populated with more in-depth text and rich images.

On September 9th, 2011, we reported that at an average of 37.5 million daily posts, Tumblr reached its first mega milestone of 10 billion posts. Out of those billions, this week’s Tumblr Tuesday, I caught up with Bryce Bladon, the editor of Clients From Hell; a timeless look at the horrifying experiences designers often have with their clients.

HW: Who is the brain behind Clients From Hell?

BB: Beside the site design and direction, almost all of our content is submitted by fans and readers of the site. That would probably make them the brains of the operation. I would go so far as to say our readers are a variety of other useful organs too – a compliment I don’t give out very often.

I edit submissions for grammar, spelling, and brevity. I suppose that would make me the larynx.

HW: When did you decide to create the site and what was the inspiration?

BB: The site was created in 2010 when we saw there were a lot of sites featuring horror stories from the “customer is always right” mentality – but nothing that resonated with the creative professional. Client-based work in design, photography, and other such creative businesses inspired a unique mentality of entitlement and ignorance that the internet needed to know about.

It’s worth noting that a lot of clients can be wonderful, appreciative, and on-time with payment. We’re mature enough to secede that, and it would be out of line not to acknowledge those sterling stars.

However, we’re not quite mature enough to not have a chuckle at the expense of jerks, deadbeats, and other such clients from hell. 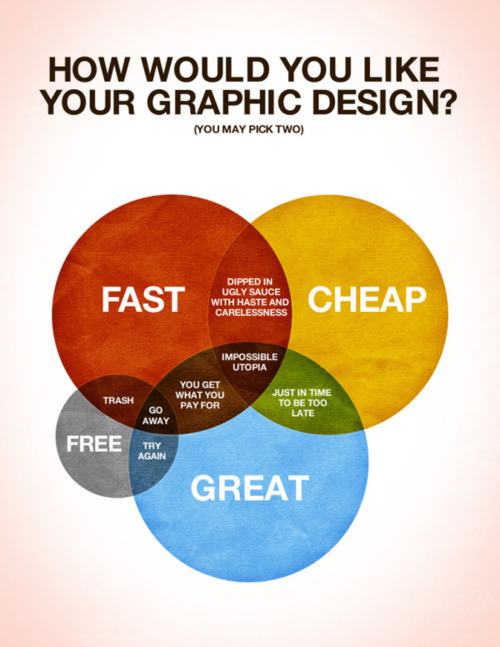 HW: How many total submissions have you received so far?

BB: We have 100,000+ followers on tumblr, and we’ve received tens of thousands of submissions since the site’s launch. As for how many submissions actually made it past our editors – well, that number can usually be measured in how many editors have burnt out, left the site, and fled the country.

Which is to say, quite a few. I got a postcard from Thailand last month.

HW: What are your 4 favorite CFH Posts?

BB: What a specific number. I’m a fan of these: One, Two, Three, Four

HW: What was your worst experience with a client?

BB: I have the good fortune to pick-and-choose my clients these days, but here’s one that I never submitted to the site because it’s simply not that believable.

I had driven down to a foreign city on vacation when a client (a local here) called me in a panic asking for help on Thanksgiving Day. Despite being on vacation and the payment well below my usual rate, I delayed my return trip, booked another night and… nothing. I didn’t hear from the client until noon, Thanksgiving, where he admitted he was surprised I said yes and had made other arrangements without telling me.

Worse yet, my car had been in a hit-and-run the day before.

Here’s the unbelievable part: a traffic camera caught my errant client in his getaway.

HW: Could you tell us about your book?

BB: Unlike the site, we expect the book to mostly be composed of paper. We’ve done some interesting things with ink that we’re really excited about too. You can check it out on Amazon or Clients From Hell. It’s a mix of editor and reader favorites, as well as a bunch of new content not featured on the site.

HW: What other Tumblr blogs should we know about that are awesome (or ones that you run)?

BB: I don’t personally moderate any other sites, but I’d be remiss in not drawing your attention to Eye on Springfield.