TodoMovies launched originally last summer, offering a pretty neat way of tracking your unseen movies. It’s a to-do list app for movies, which was iOS-only and cost $0.99 at launch, eventually rising to $1.99. But that was then, and this is now.

TodoMovies 2.0 has just hit the App Store, bringing a slew of significant updates in the process.

The new incarnation has a new movie-discovery feature, letting you find films that are upcoming, in theaters, or simply browse every movie ever released by genre. It will ask to use your GPS location before it serves up movies nearby.

With the latest update, within each genre, TodoMovies now features one movie hand-picked by the the good folk behind the app.

It also features a new movie-rating system, one that does “all the complicated calculations behind the scenes to come up with a universal rating for every movie”. 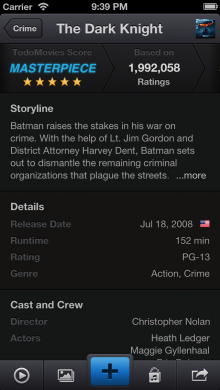 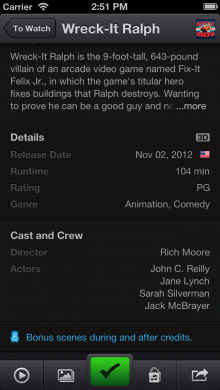 This score is based on Rotten Tomatoes, Netflix and TMDb data, in addition to that it extracts from ratings on a myriad of blogs. Its formula balances the genre of the movie, critics’ and users’ ratings with weights for each source of ratings.

You can also tap Rotten Tomatoes, Netflix, and TMDb ratings via the deftest of swipes, if you so wish, for individual ratings.

Other interesting updates include the new notification notes, which lets users specify the time and day, as well as add personalized messages that magically appear on their lock screen when a movie is released.

And you can also browse hi-res movie photos and fan-made art. You can even upload these directly to dropbox to use as wallpaper on your desktop. 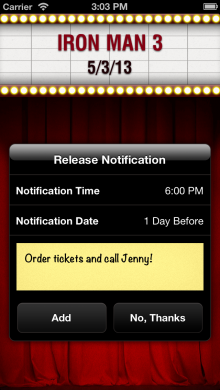 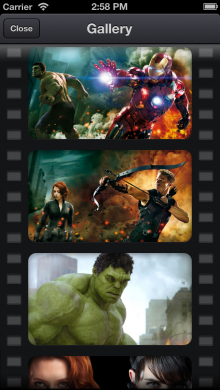 Finally, with TodoMovies 2.0, your library also now syncs to iCloud between all your devices, which at the time of writing would really just be your iPhone or iPod touch, given it’s not optimized for iPad.

But it is also now integrated with iTunes, so if you’re planning to download the soundtrack of a movie from your watchlist, or perhaps the movie itself, TodoMovies will search iTunes for available downloads – this will include games, movies, soundtracks, and iBooks.

Over and above all this, it does offer a very nice interface to use – a simple tap adds a movie to your watchlist. And, crucially, no account is required for these features. As soon as you download the app, it’s good to go. 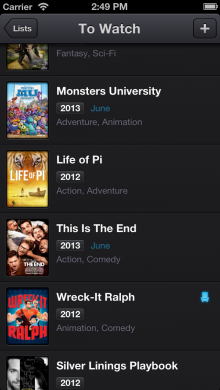 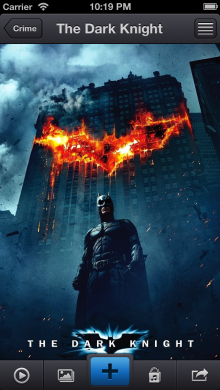 There’s plenty of similar-ish apps out there already. Flickd Movies (iOS) is a pretty slick way to remember movies you don’t want to miss, while Showy helps you track your favorite TV shows and tick off episodes as you watch. Personally, I’m a fan of the IMDb app for movies, which has a built-in Watchlist feature to store all those movies you plan to get around to, well, watching.

But TodoMovies is a genuinely great app, and with the latest features it does go some way towards separating itself from the pack. The notification notes and iTunes integration are particularly neat, and also indicates a potential new monetization conduit for the startup behind the app, Taphive.

It’s also worth noting the localization aspect – it’s now available in 15 languages, including recent additions Chinese (Simplified), Swedish, Danish, Hebrew and Czech. This includes retrieving localized movie posters, trailers, and movie details (where available), so we’re not just talking about a translated interface, the content it draws on is also localized.

Finally, it’s also worth highlighting another unusual-but-useful feature. In its last update before today, TodoMovies rolled out a new ‘Bonus Scenes’ indicator, which tells you if it’s worth hanging around once a movie has finished, for out-takes or otherwise ‘bonus’ material.

TodoMovies is optimized for iPhone and iPod touch, with plans for an iPad version on the cards in the future. They have no plans to work on an Android incarnation, however, which is a shame.

The new version of TodoMovies is live now.