One of my biggest sources of inner turmoil is how I consume music: I still buy MP3s. This is often met with shock, horror, or hushed murmurings of “good for you” like I’ve just donated blood — but I’m not really sure why.

Very few industries have been as disrupted by the internet as the music industry. From its containment to its delivery and consumption, it’s faced a near-total revolution every few years over the past decades.

I remember when I bought my first cassette tape — it was in 1999, I was five years old, and it was …Baby One More Time by Britney Spears.

I vividly remember saving up my quarter-a-week pocket money, clutching it in my chubby little fists, and going to Newbury Comics to buy it, escorted by my mum. A few years later, my dad helped me buy my first three CDs from Amazon: The Diary of Alicia Keys, Usher’s Confessions, and Maroon 5’s Songs About Jane.

I can measure my conscious life by the music I listened to, as well as the way I listened to it. First pop cassettes, then R&B and pop-punk (Avril Lavigne, duh) CDs in my little red Sony Walkman. When I got my first laptop, I spent hours burning my alt and rock CDs into MP3s and turning them into mixtapes for my friends. I then turned these mixtapes into iTunes playlists when I got my first iPhone. When I went to uni, I co-hosted a hip-hop/jazz radio show using these playlists — drunk at 3-4 am on Saturday mornings, the freshman time slot.

I was, and have always been, obsessed with buying music. Not just obtaining it, but the actual act of purchasing it. Similar to worship, I took comfort and pleasure in making a contribution to the gods who created the art I devoured. Thank you, Aaron Carter, here’s $9.99. I morphed this ritual into a moral code — when my friends started using services like Limewire and Napster or scoured the blogs for pirated zip files, I turned up my nose: “I don’t do that.”

Perhaps my dad’s meticulously organized music collection and latent Catholicism (think: fear and guilt) rubbed off on me, but I still buy my music in the form of MP3s, and even sometimes CDs.

But now that streaming has completely disrupted the industry, the cracks in my moral pillars, which I’ve long ignored, have worsened, and are starting to show. What does “buying music” even mean today? It turns out, not much — it never really has.

Buying MP3s is pretty stupid — does that make me stupid?

I know my views on music ownership are completely archaic. A dedication to buying MP3s is futile, because you don’t really own the music by buying an MP3.

When you purchase music from iTunes or Amazon, you’re merely buying access to it. And that access can be taken away at any point.

Last year, Anders G da Silva tweeted that movies he had purchased from his iTunes library had disappeared, and it went viral:

Me: Hey Apple, three movies I bought disappeared from my iTunes library.
Apple: Oh yes, those are not available anymore. Thank you for buying them. Here are two movie rentals on us!
Me: Wait… WHAT?? @tim_cook when did this become acceptable? pic.twitter.com/dHJ0wMSQH9

This isn’t the first incident of its kind, and iTunes isn’t the only platform to do it; Amazon pulled all George Orwell books from customers’ Kindles in 2009. 1984 irony aside, this is the risk with purchasing non-physical copies of media — they can legally be taken away at any time, because they’re not yours. Just months ago, Microsoft’s eBooks were all rendered useless due to retracted DRM.

Despite appearances, MP3 “stores” like iTunes aren’t even really stores at all. As explained to Anders G da Silva in a customer support letter, iTunes is a “store front,” a platform or mediary through which things are sold:

Me: I am not really interested in the rentals. I want my movies back or my money back.

Apple: I totally get how you feel…

Me: Condescending, but go one…

Apple: You see, we are just a store front.

Apple doesn’t even own the thing I’m so dedicatedly “buying” in the first place! Streaming services, such as Apple Music, Spotify, TIDAL, and more, are at least transparent in the fact that I am only being given the key, not the house.

None of the above information is new, but something I need to remind myself — iTunes is no better than Spotify, they’re all just intermediaries loaning out to you for a price.

…but yet, I buy them anyway

I’m going to publicly psychoanalyze myself for a minute: I think the root of my attachment to purchasing MP3s and CDs is that I want to hold onto the personal relationship with music I had as a kid, and that’s becoming increasingly difficult.

Having a library full of MP3s keeps my musical horizons relatively small and manageable, a feeling that gets lost with Spotify’s nearly endless library. I can sort them in a similarly static way that I did with my mixtapes, and I won’t be constantly enticed to discover more unless I choose to. In my mind, I’m choosing a qualitative relationship with music over a quantitative one.

A Premium Spotify subscription (which I don’t have) gets you access to algorithm-driven playlists, endless ability to discover new music, and smooth, uninterrupted user-friendliness, but these machine-delivered suggestions just don’t feel as nice as finding a human-curated mixtape CD in my mailbox, with lyrics and notes of love scribbled on the jewel case. Disorganized MP3 libraries don’t feel quite the same as that either, but they’re a lot closer.

That being said, while artists don’t make shit from streaming services, they’re more easily discovered on these platforms and social media. Artists are making more money on tour and via brand partnerships, something they can get through the seamless webbed relationship between streaming platforms and social media, than ever before. On the other hand, algorithms amplify music that’s already picking up steam, so it’s easy for new music and smaller artists to get lost in the ever-growing crowd.

But on the other OTHER hand, streaming platforms stopped the rise in music piracy à la sites like Napster, because of its higher quality and the promises of AI-driven suggestions, so they kind of saved the industry. But on the other OTHER OTHER hand, it’s now being reported that thanks to too many streaming service options, piracy is getting hot again. FUCK, I can’t win.

It’s impossible to tell whether streaming is good or bad for music, but it’s a reality regardless. And if we want to get really existential and Marxist, there’s no use in building a moral high-horse one MP3 at a time, because choosing a means of “owning” music is just picking your capitalist poison.

Am I being overly idealistic, sentimental, and stupid? Most definitely. And I think about it constantly, with the Spotify devil on one shoulder, and the iTunes devil on the other.

Rationally, I should shake my Catholic guilt and pony up for a premium streaming subscription — but I’m not ready yet.

This column is a part of our daily Big Spam newsletter — subscribe here to get one delivered to you every Sunday! 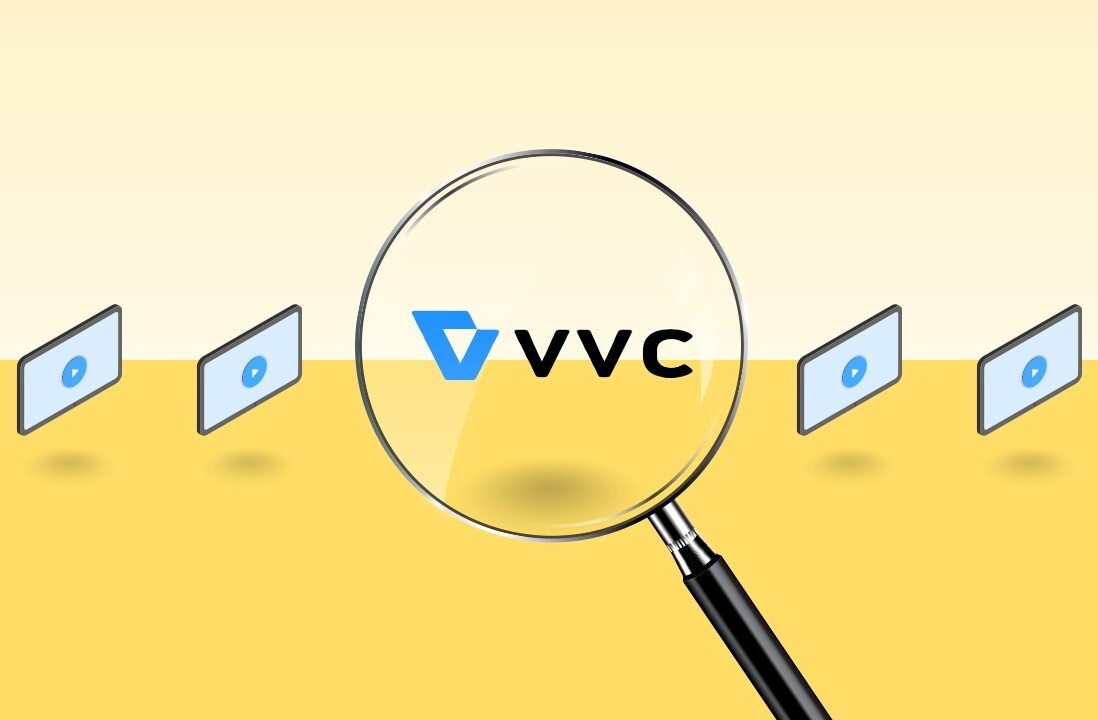 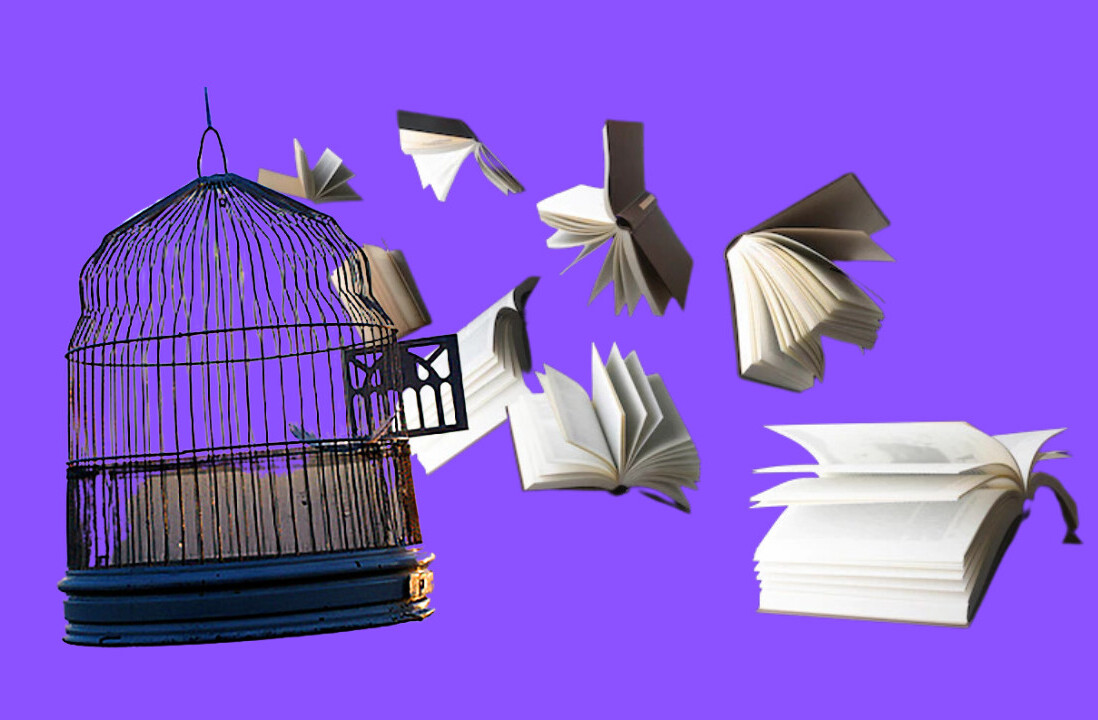