This article was published on October 5, 2020

Over the past few months I’ve been aboard the Canyon Ultimate CF SLX, a no-holds-barred race bike, as my daily training and road riding machine. I wrote my initial thoughts down after a joyous few weeks of riding the iridescent beauty, but now, I’ve put over 2,500 fun-filled miles (4,020 km) on the machine and it’s time to figure out how I really feel about riding a $5,000 race bike 5 days a week.

By now, you should be sensing that I really quite like it.

If that wasn’t clear, though, I’ve found riding a top-end race bike — one that’s light, responsive, solid as a rock, looks great, and urges you on at every twist and turn in the road — to be a joyous experience. Given its price tag, I’d be concerned if it was anything other.

Back in April, after a few hundred miles on it, I said that it was kind of expensive, but you get what you pay for. In hindsight, I feel that statement now sounds a little underwhelming. Even though the Canyon costs $5,000, you get a lot for your money, and it has never left me wanting more. In fact, it’s pretty good value for money.

[Read: Review: The Charge XC is a well-rounded ebike that folds flat for storage]

I consider the Ultimate CF SLX one of the most feature-complete race bikes in its class, and it does so at a price that’s, nine times out of ten, more alluring than the competition. Similar bikes from competitors come out 5% to 10% more expensive, or aren’t spec’d quite as highly as the Canyon.

Besides putting the bike together and selling it, Canyon’s main responsibility is to manufacture the frame, forks, handlebars, and seat post. On this particular bike, Canyon has opted for Sram’s Force ETAP wireless gears and brakes — check out my thoughts on that here.

After living with the Ultimate for a few months, I applaud Canyon for making a bike with a pragmatic approach to frame design. The brake hoses are internally routed through the frame, but enter on the downtube. It’s becoming de rigeur to have no cables showing at all, which means they have to route through the handlebars, through the headset, into the downtube, and onward to the component they control.

It does mean bikes look clean, elegant, and minimal, but when it comes to maintenance, it creates nothing but headaches. Canyon’s downtube routing is far more friendly to the home mechanic. If you travel with your bike, it’ll also save a lot of time spent rebuilding your bike after a trip.

Canyon’s seat post is also top-notch. It’s a standardized size — 27.2mm, round shape — which means replacements are easy to find. The seatpost also has a ton of flex, the most I’ve ever experienced, which noticeably cushions the blow when you accidentally hit unseen potholes or bumps in the road.

It makes the bike feel very settled, comfortable, and capable beneath you because it’s the seat post flexing and not the frame. When parts of a bike flex, they absorb energy, rather than transferring it to the road as forward momentum. So I tend to prefer comfort to be built into bits which aren’t critical to forward momentum.

Believe it when I say the seat post is a blessing to the overall package. The Canyon is a stiff out-and-out race bike. While I found it incredibly comfortable and refined, it’s still plenty stiff where you need it. When laying out all the power I could muster, the bike never twitched, sagged, or hinted that it was struggling to keep up. In fact, it was probably the other way round.

That feeling is quite refreshing. Riding a machine that is more capable than myself leaves no ambiguity that individual performance is entirely a construct of one’s own ability. The bike is just the medium that facilitates this experience.

Thanks to the Canyon’s all-round capability, it’s reinvigorated training for me. I’m excited to do high intensity sprint workouts because the bike is so efficient. Yet I’ll happily sit on it for upwards of five hours on longer rides and cruise round in comfort at a relaxed pace. It’s a jack of all trades.

The icing on the cake

I also want to make a quick note about the wheels. The DT Swiss DiCut Arc 1400s are the solid gold cufflinks and tie clip to a bespoke Savile Row suit that is the Ultimate SLX. Their 48mm deep profile just makes me feel cool and professional; they’re mean, purposeful, and are super contemporary.

They perform great too. I’ve been testing these in Holland, where it’s bloody windy, and they’ve been stable in crosswinds that exceed 35 mph (56 km/h). They weigh under 1600 grams a set and are the best climbing wheelset I’ve ever used — yes, there is a hill in Holland.

While I’ve not done any isolated testing of the wheels, on the Canyon I’ve been able to sit on the front of group rides with my local club at over 25 mph (40 km/h) with what feels like relative ease compared to what I’m used to. It helps bring the whole package together to create a bike that’s aero-influenced and performance oriented, with few drawbacks.

The road to perfection

While the Canyon Ultimate is one heck of a good bike, it’s not perfect for me. There are a few tweaks that I think Canyon could make that would refine the bike’s performance and take it another step towards being the best bike for the money.

One thing that got on my nerves was an inconsistent rattle. I narrowed it down to one of the internally routed hoses. For total transparency, the rattle only happens when riding over brick cobbled roads, which induce high-frequency vibrations.

Canyon uses a clasp halfway along the downtube to hold the hose in place, but it’s not entirely effective. The hose can still rattle around in the bottom bracket and chain stay junction. I managed to silence this using some pipe insulation, which cost less than 50 cents.

There are plenty of professional solutions for this common problem available that I would like to see Canyon implement. Jagwire, a company that specializes in brake and gear cables, makes a simple foam-based liner that you slide over the outside of cable housing to soften the interface between cable and the inside of the frame. For the sake of a few quid, Canyon could add this to every bike it makes, and make them even more refined. The rest of the time the bike is silent, there have been no unnerving creaks under 1,200 watt sprints or up sharp hill sprints.

My only other criticism is of the handlebars — which can be replaced if it’s a big issue for you. I love the shape of the tops, and I love that Canyon specs its bikes with relatively narrow bars. Narrower means more aerodynamic which means faster.

But my issue is with the drops; the curve from the tops to the drops feels a bit too steep. With this, I found my wrists were angled a little more harshly than I’m used to. I prefer a handlebar drop that’s a little shallower.

That said, I’ve got used to the handlebars, and their deep drop is great for sprinting on. So it’s a bit of a non-issue in the grand scheme of things, but one to note if you’re thinking about buying a Canyon with its integrated handlebars.

I have a few concerns when it comes to expensive racing bikes. Generally speaking, I worry that pricey bikes sacrifice practicality and how easy they are to live with in pursuit of microscopic gains in lightness and speed — most of which the average consumer would never notice or take advantage of.

Imagine having a tire that’s super fast and super light. It’ll probably end up puncturing far more frequently than a more robust tire that weighs just a handful of grams more. Last time I checked, when you’re stood at the side of the road fixing a puncture, you’re not going that fast. In my mind, a bike that’s in the real world is a clever blend of practicality and performance, not a machine that’s designed for out-and-out speed.

This intelligent blend is something that I think Canyon nails with its all-round Ultimate CF SLX. But if speed is important to you, and you have your own mechanic or can afford so many bikes that having one out of action isn’t an issue, you should be buying the aerodynamic focused Canyon Aeroad.

That blend has had a pronounced effect on my enthusiasm for riding. It’s helped me ride further and faster than I’ve ever done before with no stress about maintaining the bike either.

What’s more, It’s also helped me take a handful of local Strava KOMs, which, whilst I don’t really care about KOMs, has been a delightful boost to confidence.

Over the course of a year, I typically ride somewhere between 3,000 and 4,000 miles on the road. At my current rate, by the end of this year I should have ridden over 5,500 miles, and I give most of the credit for that to the Canyon.

Like opening your bedroom windows after a hot stuffy night to welcome in a cooling and refreshing breeze, the Canyon has reinvigorated my love for cycling in the most positive way possible.

It does so without fuss or concern, and despite the fact it costs five times more than I’ve ever spent on a bike, I never felt inadequate or undeserving of the bike.

The best bit is Canyon’s range has a bike for pretty much every budget, and things like the bike’s geometry and well-thought-out design are consistent among much of its road bike range.

I’ve just boxed the bike up and sent it back to Canyon, and came over a little wistful and sad to see it go. We didn’t have much else to do here in the Netherlands during lockdown, so I ended up cycling — a lot. I’d say that opportunity to ride and having the Canyon has given me the best summer of cycling I’ve ever had. I’ve taken Strava KOMs, bested my own times, and done my first 200km ride.

The Ultimate CF SLX is a road racing, mile munching machine worthy of its name. 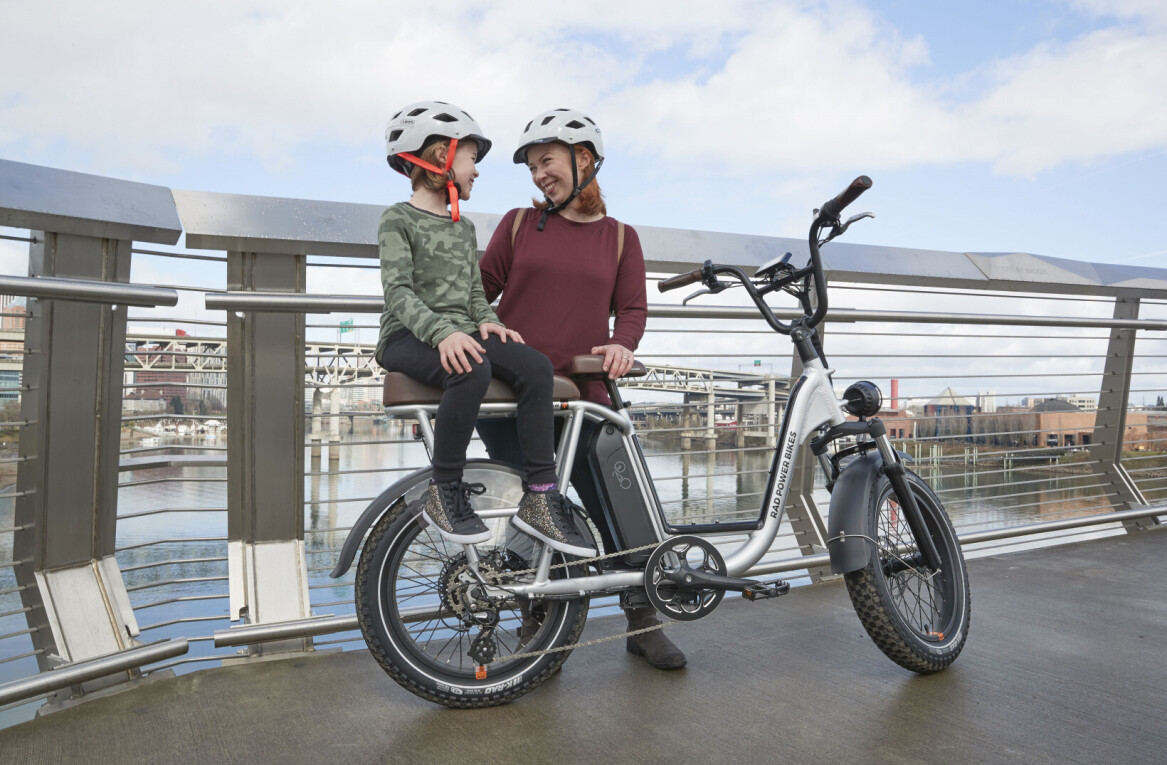 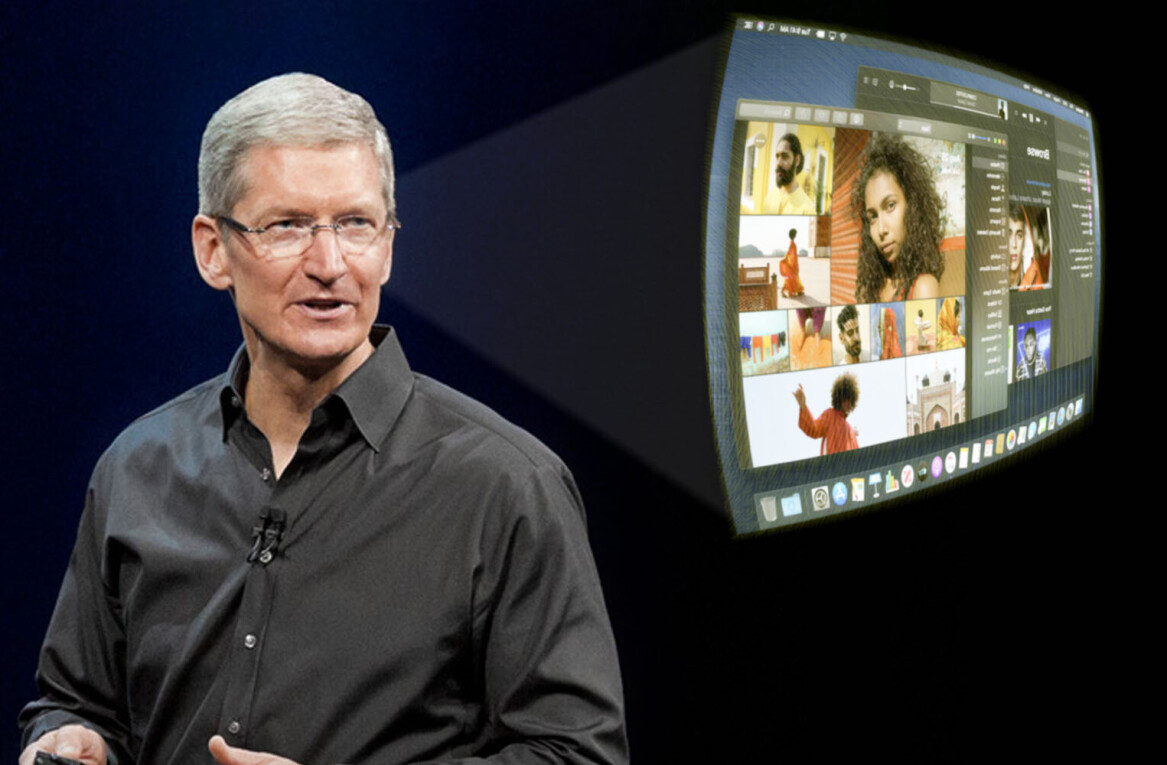