The anti-SOPA movement has been gaining momentum in recent months, and The White House has now officially responded to two petitions – Stop the E-PARASITE Act online petition and Veto the SOPA bill and other future bills that threaten to diminish the free flow of information, which it is required to do if it receives 25,000 signatures within 30 days of the petition being initiated.

We the People is a section of The White House’s website, which launched in September last year, giving an easy way for voters to petition the administration’s policy experts.

Victoria Espinel (Intellectual Property Enforcement Coordinator at Office of Management and Budget), Aneesh Chopra (US Chief Technology Officer and Assistant to the President and Associate Director for Technology at the Office of Science and Technology Policy) and Howard Schmidt (Special Assistant to the President and Cybersecurity Coordinator for National Security Staff) have officially responded to the petitioning, acknowledging the issue of online piracy, whilst stating that it would oppose anything that would reduce ‘freedom of expression’, anything that would undermine the ‘global Internet’. They say:

“While we believe that online piracy by foreign websites is a serious problem that requires a serious legislative response, we will not support legislation that reduces freedom of expression, increases cybersecurity risk, or undermines the dynamic, innovative global Internet.” 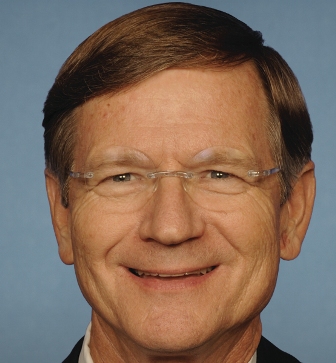 The Stop Online Piracy Act (SOPA) is a bill that was introduced in the House of Representatives on October 26 last year, by Republican Representative Lamar Smith, and a group of 12 co-sponsors. The bill proposes to extend the power of law enforcement and copyright holders in the US to combat online piracy, and it would essentially allow the US Department of Justice – and copyright-holders – to seek court orders against websites accused of facilitating copyright infringement.

On Christmas Eve, we reported that domain name registrar Go Daddy had lost over 21,000 domains after it announced its support for SOPA, whilst Internet heavyweights such as WordPress has asked its 60m users to help stop SOPA.

The White House’s response also says that efforts to fight online piracy “must guard against the risk of online censorship of lawful activity and must not inhibit innovation by our dynamic businesses large and small.”

The statement also goes on to call on all sides to work together to pass “sound legislation” that provides prosecutors and rights holders new legal tools to combat online piracy originating beyond US borders, before requesting the public’s “best ideas” on how to curtail rogue websites that profit from the creative efforts of American artists and rights holders.

Here’s The White House’s response to the anti-SOPA petitions in full:

“Right now, Congress is debating a few pieces of legislation concerning the very real issue of online piracy, including the Stop Online Piracy Act (SOPA), the Protect Intellectual Property Act (PIPA) and the Online Protection and Digital ENforcement Act (OPEN). We want to take this opportunity to tell you what the Administration will support—and what we will not support. Any effective legislation should reflect a wide range of stakeholders, including everyone from content creators to the engineers that build and maintain the infrastructure of the Internet.

Any effort to combat online piracy must guard against the risk of online censorship of lawful activity and must not inhibit innovation by our dynamic businesses large and small. Across the globe, the openness of the Internet is increasingly central to innovation in business, government, and society and it must be protected. To minimize this risk, new legislation must be narrowly targeted only at sites beyond the reach of current U.S. law, cover activity clearly prohibited under existing U.S. laws, and be effectively tailored, with strong due process and focused on criminal activity. Any provision covering Internet intermediaries such as online advertising networks, payment processors, or search engines must be transparent and designed to prevent overly broad private rights of action that could encourage unjustified litigation that could discourage startup businesses and innovative firms from growing.

We must avoid creating new cybersecurity risks or disrupting the underlying architecture of the Internet. Proposed laws must not tamper with the technical architecture of the Internet through manipulation of the Domain Name System (DNS), a foundation of Internet security. Our analysis of the DNS filtering provisions in some proposed legislation suggests that they pose a real risk to cybersecurity and yet leave contraband goods and services accessible online. We must avoid legislation that drives users to dangerous, unreliable DNS servers and puts next-generation security policies, such as the deployment of DNSSEC, at risk.

Let us be clear—online piracy is a real problem that harms the American economy, and threatens jobs for significant numbers of middle class workers and hurts some of our nation’s most creative and innovative companies and entrepreneurs.  It harms everyone from struggling artists to production crews, and from startup social media companies to large movie studios. While we are strongly committed to the vigorous enforcement of intellectual property rights, existing tools are not strong enough to root out the worst online pirates beyond our borders. That is why the Administration calls on all sides to work together to pass sound legislation this year that provides prosecutors and rights holders new legal tools to combat online piracy originating beyond U.S. borders while staying true to the principles outlined above in this response.  We should never let criminals hide behind a hollow embrace of legitimate American values.

This is not just a matter for legislation. We expect and encourage all private parties, including both content creators and Internet platform providers working together, to adopt voluntary measures and best practices to reduce online piracy.

So, rather than just look at how legislation can be stopped, ask yourself: Where do we go from here? Don’t limit your opinion to what’s the wrong thing to do, ask yourself what’s right. Already, many of members of Congress are asking for public input around the issue. We are paying close attention to those opportunities, as well as to public input to the Administration. The organizer of this petition and a random sample of the signers will be invited to a conference call to discuss this issue further with Administration officials and soon after that, we will host an online event to get more input and answer your questions. Details on that will follow in the coming days.

Washington needs to hear your best ideas about how to clamp down on rogue websites and other criminals who make money off the creative efforts of American artists and rights holders. We should all be committed to working with all interested constituencies to develop new legal tools to protect global intellectual property rights without jeopardizing the openness of the Internet. Our hope is that you will bring enthusiasm and know-how to this important challenge.

Moving forward, we will continue to work with Congress on a bipartisan basis on legislation that provides new tools needed in the global fight against piracy and counterfeiting, while vigorously defending an open Internet based on the values of free expression, privacy, security and innovation. Again, thank you for taking the time to participate in this important process. We hope you’ll continue to be part of it.”