Launching initially for iPhones and iPod Touches, the app can be seen as a natural (permanent) successor to its Olympic app which launched in the summer, offering 24 simultaneous live streams and went on to secure more than two million downloads.

At launch, the BBC Sport app won’t carry any streaming media itself though, with the likes of Radio 5 Live acknowledged via a link to the mobile browser version of its live-stream. However, we’re told that live and on-demand video/radio will be included in subsequent updates to the app, and the Android app is a matter of weeks away. It’s perhaps also worth noting here that although the app will work on iPads, it won’t be optimized for Apple’s omnipresent tablet, and there are no imminent plans to do so as the mobile version of the site is deemed more than adequate. 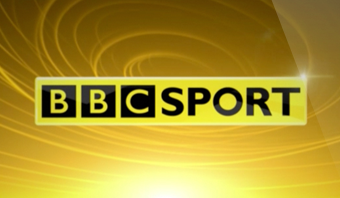 The Next Web was given a demo and hands-on of both the iOS and Android app last week and, well, it’s probably everything you’d expect from a BBC mobile app.

It’s really just an extension of the BBC Sport website, except it’s optimized for the native requirements of iOS and Android. In terms of the sports it covers, there’s the Quick Links section which by default includes the top seven most popular sports on the BBC – football, Formula 1, cricket, golf, rugby union, rugby league and tennis.

Now, there is a ‘More Sports’ section which includes everything else – cycling, athletics and such like, but these are essentially shortcuts to the mobile website for now. Within the next couple of months, however, these will be properly integrated into the app alongside the other seven sports.

It’s also worth mentioning here that you can fully personalize which sports show up, so you can drag them around and delete at will, so that cycling (for example) can be top of your Quick Links if so desired.

There is also a new mobile football Live Scores section, letting users follow all the action, providing a league-by-league overview of the latest scores and scorers at a glance, accompanied by dedicated match pages for more in-depth information. This includes starting line-ups, match stats, post-game reports and live text commentary which you ‘pull down’ to refresh.

In addition, a new fixtures and results section has been developed to help you keep on top of all the major UK and international football competitions, by selecting any day in the season from the app’s calendar.

“Through the huge success of the Olympics we know that audiences love to access sport services through both mobile browser and apps,” explains Lucie McLean, Executive Product Manager for Sport, BBC Future Media. “The new BBC Sport app builds on the success of London 2012 to give users an even easier way to get the content they love, whether it’s checking out how their team got on, following live text updates on the day’s sporting action or catching up with the latest news.”

One omission is the lack of dedicated pages for football teams as there is on the main website, but this too will be catered for in subsequent launches. I also floated the idea of having push notifications, informing users that their favorite sports team has just scored a goal/point, but while there’s no timescale for such a feature, it seems this is on the longer term roadmap for the app.

Given that almost a third of BBC Sport’s traffic comes from mobile during the weeks, rising to 40% at weekends and as high as 45% on a Saturday afternoon, it was really only a matter of time before native mobile apps were launched. But in some respects, the app almost feels like it has been launched prematurely – people have come to expect video and radio through the main BBC Sport portal, though admittedly the wait for such features won’t be a long one.

In the future, whenever there’s a big sporting event on – be it Wimbledon or the Commonwealth Games – you can expect a lot of video action going on within the app, and it will be interesting to see how it evolves over the course of this year and beyond.

For now, the app is available to UK users only, but as with the BBC News app which launched domestically first before rolling out globally, I’d imagine an international version of the sports app will eventually arrive courtesy of the BBC’s commercial arm, BBC Worldwide.

The new BBC Sport app for iOS is live now. Meanwhile, check out the official promo video below.