This article was published on September 19, 2021

The Surface Laptop 4 isn’t the most exciting laptop I’ve ever reviewed. Testing it gave me a serious case of déjà vu; its design has barely changed since I first went hands-on with the original in 2017. The most obvious exterior change on my 13-inch review unit — other than being a different shade of blue — is that it comes with a USB-C port instead of a Mini DisplayPort. That’s it.

And yet I still consider this laptop to be near the top of its class. A few quibbles aside, it’s one of the easiest to recommend laptops on the market. I don’t think Microsoft can get away with another year of this design, but starting at $999, the Surface Laptop 4 is still one of the prettiest, most pleasant to use laptops money can buy. Here are some of the reasons why.

Sometimes newness for the sake of newness is overrated. As the saying goes; if it ain’t broke, don’t fix it. I came into this review preparing a big eye roll at the few changes, but every time I switch to the Surface Laptop from other devices I’m testing, I can’t help but get a little giddy.

Despite an ‘old’ design by tech standards, the Surface Laptop 4 is still one of the prettiest laptops around, although I’m admittedly biased toward blue gadgets.

I’m equally biased by the Alcantara material. I don’t care if it can get a little dirtier than metal with your grubby hands. The Ice Blue Alcantara on my model feels luxurious when typing in a way no other laptop feels (the soft-touch finish on the Dell XPS 13 is nice, but not quite there). In any case, it gets way less dirty than you might expect. Even after several months, there’s just a slight hint of wear.

When I think about what I really want Microsoft to change, only a few things come to mind. Smaller bezels would be nice, especially on a device like this which does not turn into a tablet and doesn’t need the space to have somewhere to grip.

Alternatively, keep the bezels, but give the Surface Laptop a 360-degree hinge. To be honest, I can’t imagine Microsoft doing that, but the lack of a tablet mode does significantly limit the utility of the Surface Pen.

Still, there are still very few laptops out that match the Surface Laptop on the design front, even though they’ve had the time to catch up.

The speakers are great by thin laptop standards

So many mainstream laptops tend to have an annoying bottom-firing speaker design. I don’t like it. It means the sound is inconsistent, varying depending on whether you’re using the laptop on your lap, your bed, or a table. Rarely does it actually sound good.

The Surface Laptop 4 instead fires sound up through the keyboard. That seems like a recipe for disaster, but somehow it ends up sounding pretty great, by laptop standards anyway.

Granted, I didn’t get as technical about it as I do with actual speaker reviews, but to my ear, it has a balanced, warm tonality that is a nice contrast from the usual tinny and/or boomy sound you’ll find in other laptops. I never get it when laptops have various automated EQ presets for things like movies, games, and music. That’s dumb. Good speakers are just good speakers. You just need to create decent sound without all the gimmicks.

It has a goldilocks display

One of my pet peeves with laptops in this category is that they tend to force you to pick either a 1080p-ish display or a 4K-ish display.

I think 1080p on a 13-inch display is a pixel-fest by modern standards. Some people claim you don’t need higher resolution on a display this size, I’ve never seen a 1080P display on anything larger than a tablet that I didn’t think looked fuzzy.

Meanwhile, 4K displays, many of them OLED, tend to eat through battery life like nobody’s business.

For some reason, very few laptop manufacturers actually try to strike a balance of resolution that’s the right pixel density for the display size. Apple is one of them, and Microsoft is another.

The 13.5″ Surface Laptop 4 comes in at 2256 x 1504 (201 PPI), and it’s just about perfect. I wouldn’t mind a little higher pixel density, but it’s just about at the point of diminishing returns. Increasing the resolution further would lead to barely noticeable gains in sharpness while draining more battery.

Mind you, it’s not perfect. The display isn’t the brightest or most vibrant you can get, but color calibration and contrast is on point and generally competitive with others in this category while striking a better balance on resolution. I also appreciate that whether you choose to save money on a low-end configuration or opt to max out the specs, you’re still getting the same great display.

It’s faster than ever

While most of what I mentioned before applies to earlier Surface Laptops, the Surface Laptop 4 benefits significantly from its new internals.

The Surface Laptop 3 felt a bit like it lagged behind its competitors in terms of performance especially with the AMD variant that was based on older technology than the competition.

On my Intel Core-i7 equipped review unit with 16GB of RAM, it flies through everyday tasks with nary a hiccup, and as with all Surface products, it is mercifully free from the bloatware that occupies many other devices.

Gaming performance on the Intel model has increased significantly thanks to the Iris Xe GPU, but it’s still not a device you buy for huge framerates in AAA title. Still, at least you should be able to play most games at lower resolutions and settings.

This isn’t a laptop you get for performing the most intense workloads on the go, nor will it stand out tremendously from other laptops with comparable intel or AMD parts. But likewise, it won’t be left behind, and subjectively, it seemed to maintain its performance well over extended usage.

You can pick between Intel and AMD

Microsoft is giving laptop buyers more choice than they usually get in terms of processors. You can choose between several Intel and AMD configurations, which gives you significant flexibility based on your budget and your intended usage.

While I didn’t get to test the AMD version of the Surface Laptop 4, benchmarks and user impressions of that model have been far superior to its predecessor. In particular, it appears to excel in battery life and multi-threaded performance, while the Intel option is better for gaming and has more memory and storage options.

It still has the best keyboard

Keyboards are a personal thing, but the Surface Laptop 4 is simply my idea of a perfect laptop keyboard. It’s quiet, it’s clicky, it’s responsive. It feels nice.

Heck, I like it more than many a desktop keyboard I’ve used. It’s better than the one even on the Surface Book 3 too. Coupled with the Alcantara material, it’s a writer’s dream.

I love it. As far as I’m concerned Microsoft could keep the keyboard exactly the same on the Surface Laptop 5 and I’d still be happy.

(And the trackpad is pretty neat too — I think the best one you’ll find this side of a MacBook.)

It lasts longer than ever

Microsoft claimed it added an hour and a half to the Surface Book 13’s battery life, and indeed, it feels like it can get me through a workday more easily than before. Unless I was doing a lot of work in photoshop and lightroom, I rarely had to charge the laptop before the end of a workday.

It’s not the longest-lasting laptop I’ve used, but it should outlast most 4K laptops out there with barely a visible hit on display quality. It’s the benefit of that ‘goldilocks’ display resolution and careful optimization by Microsoft.

Microsoft claims the Intel version will go for 17 hours, which is big old ‘lol, no’ from me, but 7-10 hours, depending on your workload, is pretty realistic; I tend to run on high brightness too. Mind you, the AMD version should last even longer, as it has more careful power management when unplugged. Microsoft claims it’ll last 19 hours, so it should get an extra hour or so over the Intel variant.

It’s not the Surface for me, but it’s the traditional laptop I recommend the most

As much as I like the Surface Laptop 4, it’s not my daily driver. That honor goes to the Surface Book 3, not just because of the GPU, but because for me using the device in tablet mode is essential. I use the stylus for writing notes in OneNote, editing photos, annotating sheet music, solving math problems, etc. Plus, it’s just nicer to watch movies with the screen pushed forward.

It makes me wish Microsoft would come up with a reasonably priced Surface Laptop that had some kind of 2-in-1 capability. The Surface Book is too expensive for most people, and although the Surface Laptop supports does support the Surface Pen, it’s very awkward to use in this form factor. There’s usually very little compromise to a flippy hinge — the HP Spectre x360 14 is also one of the nicest laptops I’ve used too, convertible or not.

Also, because I don’t know where else to put it in this review: I also wouldn’t mind a few more USB-C ports on the next revision.

Still, a lot of people just want a plain-old traditional laptop that looks nice, feels nice, and is generally hassle-free in terms of performance and battery life. Though it’s a little dated by its bezels, it’s a testament to the strength of the original design that the Surface Laptop 4 still looks and feels so good. At the end of the day, it’s the overall experience that matters, not how ‘new’ it is.

The Surface Laptop was never really broken, but Microsoft has ‘fixed’ it enough to make it a better buy than ever. 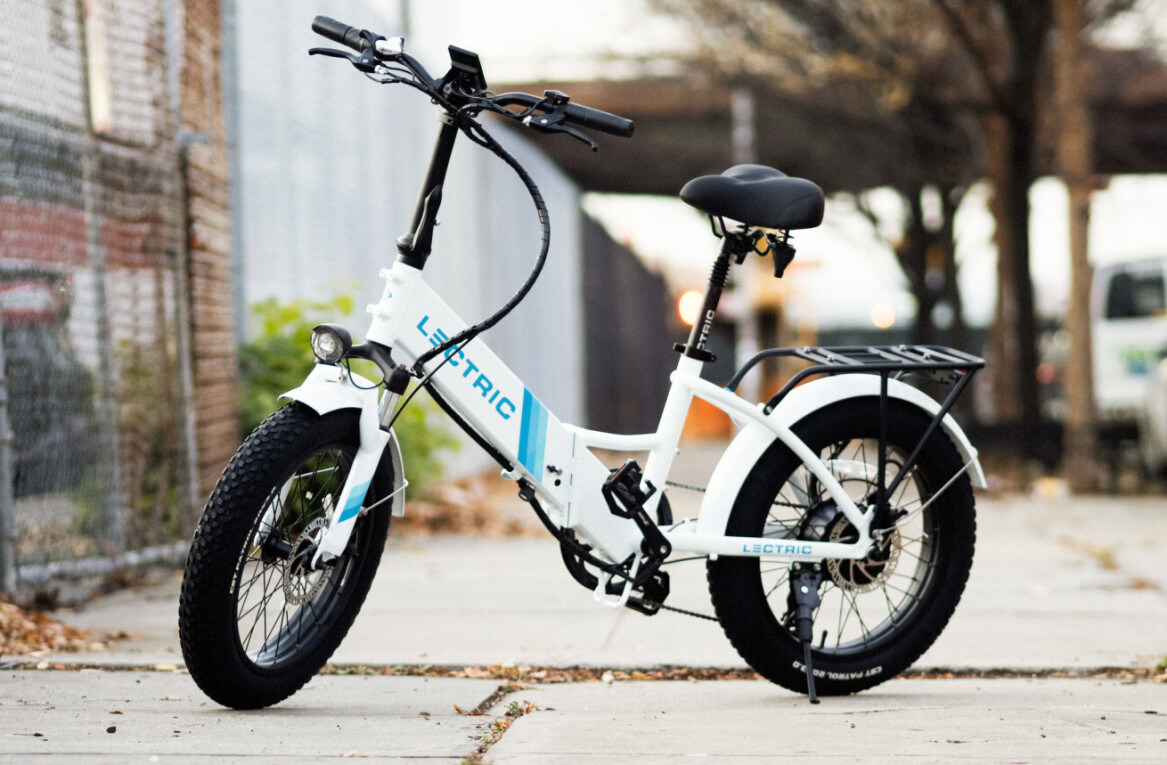