From flocks of birds to fish schools in the sea, or towering termite mounds, many social groups in nature exist together to survive and thrive. This cooperative behavior can be used by engineers as “bio-inspiration” to solve practical human problems, and by computer scientists studying swarm intelligence.

“Swarm robotics” took off in the early 2000s, an early example being the “s-bot” (short for swarm-bot). This is a fully autonomous robot that can perform basic tasks including navigation and the grasping of objects, and which can self-assemble into chains to cross gaps or pull heavy loads. More recently, “TERMES” robots have been developed as a concept in construction, and the “CoCoRo” project has developed an underwater robot swarm that functions like a school of fish that exchanges information to monitor the environment. So far, we’ve only just begun to explore the vast possibilities that animal collectives and their behavior can offer as inspiration to robot swarm design.

Robots that can cooperate in large numbers could achieve things that would be difficult or even impossible for a single entity. Following an earthquake, for example, a swarm of search and rescue robots could quickly explore multiple collapsed buildings looking for signs of life. Threatened by a large wildfire, a swarm of drones could help emergency services track and predict the fire’s spread. Or a swarm of floating robots (“Row-bots”) could nibble away at oceanic garbage patches, powered by plastic-eating bacteria.

Bio-inspiration in swarm robotics usually starts with social insects – ants, bees and termites – because colony members are highly related, which favors impressive cooperation. Three further characteristics appeal to researchers: robustness, because individuals can be lost without affecting performance; flexibility, because social insect workers are able to respond to changing work needs; and scalability, because a colony’s decentralized organization is sustainable with 100 workers or 100,000. These characteristics could be especially useful for doing jobs such as environmental monitoring, which requires coverage of huge, varied and sometimes hazardous areas.

Beyond social insects, other species and behavioral phenomena in the animal kingdom offer inspiration to engineers. A growing area of biological research is in animal cultures, where animals engage in social learning to pick up behaviors that they are unlikely to innovate alone. For example, whales and dolphins can have distinctive foraging methods that are passed down through the generations. This includes forms of tool use – dolphins have been observed breaking off marine sponges to protect their beaks as they go rooting around for fish, like a person might put a glove over a hand.

Forms of social learning and artificial robotic cultures, perhaps using forms of artificial intelligence, could be very powerful in adapting robots to their environment over time. For example, assistive robots for home care could adapt to human behavioral differences in different communities and countries over time.

Robot (or animal) cultures, however, depend on learning abilities that are costly to develop, requiring a larger brain – or, in the case of robots, a more advanced computer. But the value of the “swarm” approach is to deploy robots that are simple, cheap and disposable. Swarm robotics exploits the reality of emergence (“more is different”) to create social complexity from individual simplicity. A more fundamental form of “learning” about the environment is seen in nature – in sensitive developmental processes – which do not require a big brain.

Some animals can change behavioral type, or even develop different forms, shapes or internal functions, within the same species, despite having the same initial “programming”. This is known as “phenotypic plasticity” – where the genes of an organism produce different observable results depending on environmental conditions. Such flexibility can be seen in the social insects, but sometimes even more dramatically in other animals.

Most spiders are decidedly solitary, but in about 20 of 45,000 spider species, individuals live in a shared nest and capture food on a shared web. These social spiders benefit from having a mixture of “personality” types in their group, for example bold and shy.

My research identified a flexibility in behavior where shy spiders would step into a role vacated by absent bold nestmates. This is necessary because the spider colony needs a balance of bold individuals to encourage collective predation, and shyer ones to focus on nest maintenance and parental care. Robots could be programmed with adjustable risk-taking behavior, sensitive to group composition, with bolder robots entering into hazardous environments while shyer ones know to hold back. This could be very helpful in mapping a disaster area such as Fukushima, including its most dangerous parts, while avoiding too many robots in the swarm being damaged at once.

The ability to adapt

Cane toads were introduced in Australia in the 1930s as a pest control, and have since become an invasive species themselves. In new areas cane toads are seen to be somewhat social. One reason for their growth in numbers is that they are able to adapt to a wide temperature range, a form of physiological plasticity. Swarms of robots with the capability to switch power consumption mode, depending on environmental conditions such as ambient temperature, could be considerably more durable if we want them to function autonomously for the long term. For example, if we want to send robots off to map Mars then they will need to cope with temperatures that can swing from -150°C at the poles to 20°C at the equator.

In addition to behavioral and physiological plasticity, some organisms show morphological (shape) plasticity. For example, some bacteria change their shape in response to stress, becoming elongated and so more resilient to being “eaten” by other organisms. If swarms of robots can combine together in a modular fashion and (re)assemble into more suitable structures this could be very helpful in unpredictable environments. For example, groups of robots could aggregate together for safety when the weather takes a challenging turn.

Whether it’s the “cultures” developed by animal groups that are reliant on learning abilities, or the more fundamental ability to change “personality”, internal function or shape, swarm robotics still has plenty of mileage left when it comes to drawing inspiration from nature. We might even wish to mix and match behaviors from different species, to create robot “hybrids” of our own. Humanity faces challenges ranging from climate change affecting ocean currents, to a growing need for food production, to space exploration – and swarm robotics can play a decisive part given the right bio-inspiration.

This article is republished from The Conversation by Edmund Hunt, EPSRC Doctoral Prize Fellow, University of Bristol under a Creative Commons license. Read the original article. 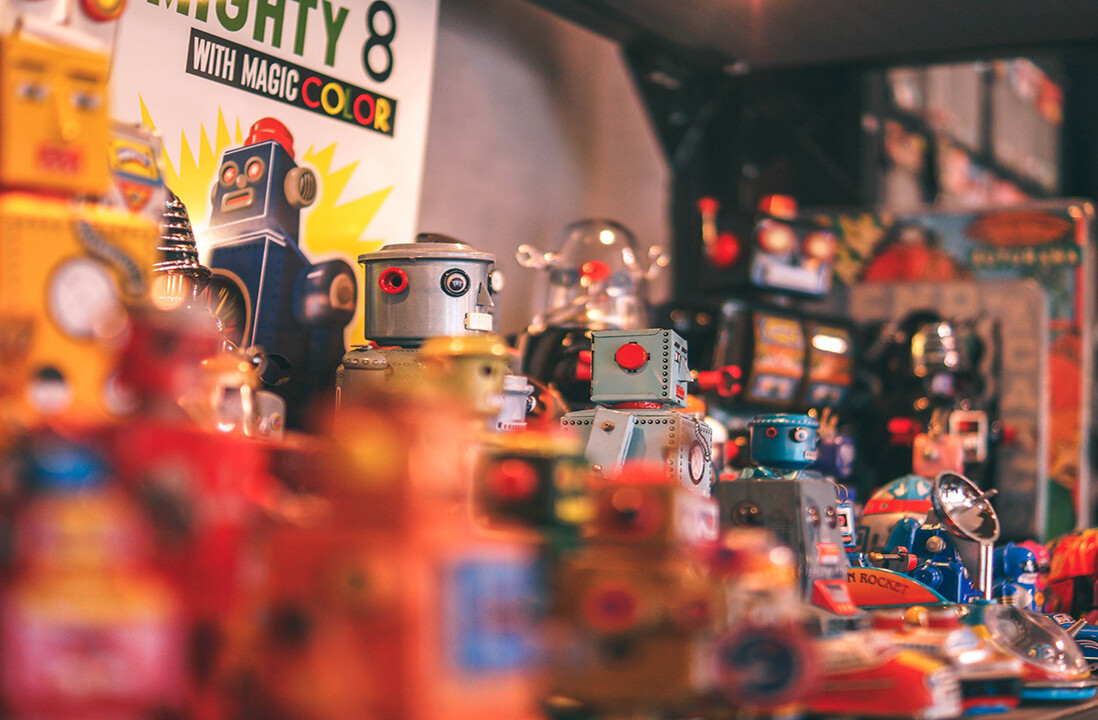 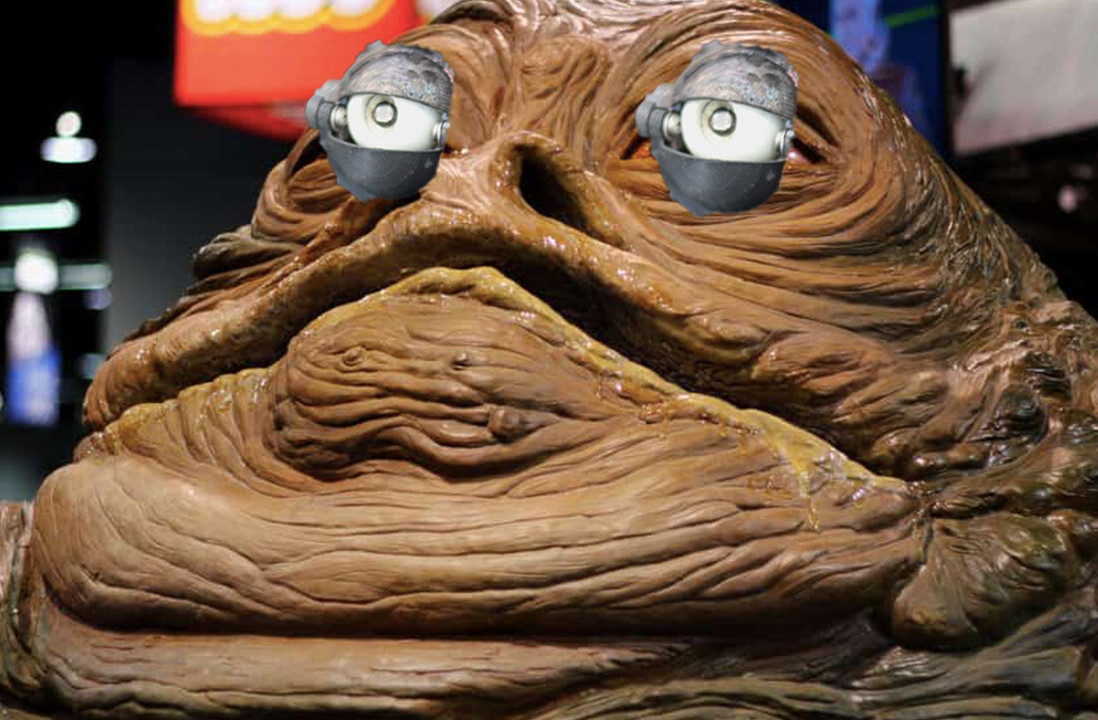