Stack Overflow today released the results of its 2019 Developer Survey. The report highlights trends across a sample of 90,000 developers, located around the world, and focuses on a variety of subjects, including education, job satisfaction, and preferred technological stack.

Some findings aren’t especially surprising. The survey shows that Python remains a popular – if not beloved – programming language. It also highlighted meaningful shifts in the ages when people learn to code. We’ll talk more about both later.

There were some surprises, though. Stack Overflow asked developers about how satisfied they were with their job. It found that those working in DevOps and Site Reliability Engineering (SRE) – two roles that, by anyone’s estimation, are really bloody challenging – are the most contented with their roles and the least likely to look for new employment.

DevOps (or, at least, the term) is a fairly recent innovation in the software engineering world. If you imagine a Venn diagram with one circle for developers and another for sysadmins, DevOps engineers are right in the middle. Although they may not be shipping customer-facing code, these unsung heroes still spend hours immersed in their preferred text editor, as they’re responsible for automating the processes required for things like testing, building, and deployment.

There’s a lot of overlap between DevOps and Site Reliability Engineering (SRE). The biggest difference is that while DevOps folks are more concerned with lubricating internal development processes, SREs are concerned with ensuring that the infrastructure of a product is scalable and avoids unnecessary downtime.

According to the survey, DevOps and SRE professionals rank among the most experienced workers in their organizations. Accounting for this, Stack Overflow Chief Data Scientist Julia Silge pointed out that although these job titles are fairly new, the actual practices themselves are well established.

And she’s right. Coders have been automating tedious processes for years. Emphasizing this point, the Bash scripting language turns 30 this year. However, it’s only recently that teams routinely require dedicated DevOps and SRE personnel. That’s arguably because applications are getting a lot more complex, while development teams simultaneously become larger and larger.

But that doesn’t account for why they’re so content. If anything, I’d expect the opposite: that DevOps and SRE engineers the most stressed-out members of any software team. In my imaginary world, DevOps guys are cauldrons of stress and anxiety, taking time off each year because they’ve given themselves a nasty stomach ulcer.

You’d assume that, given they’re not necessarily shipping customer-facing code, DevOps and SRE professionals sit somewhere in the background, not necessarily getting the credit or props they’re due.

To use a slightly torturous musical analogy, I thought that if a front-end developer is Florence, your mate from DevOps is The Machine. If a back-end engineer is Kool, the folks in DevOps are The Gang. If application architects are Echo, SREs are The Bunnymen.

But that’s completely wrong. “When we look at [job] satisfaction, they are among the most satisfied with their careers and their jobs,” Sigle said.

Why? Part of the answer is confidence. If you constantly feel out of your depth, you’re probably going to have a miserable time at work. People working in DevOps and SRE don’t have that problem – at least, not all the time.

“We found that DevOps and SRE engineers, on average, have the highest experience levels, whether you look in Europe, the US, or globally,” Sigle said, adding that this experience allows these engineers to have a meaningful impact in their workplaces.

“Code is written by a set of people, but then what are you going to do with it? How are you going to get that code safely and reliably from the people who wrote it to production? And how are you going to have reliable and reproducible practices for deploying code?I think the trends we see [in the 2019 Developer Survey] show how impactful DevOps practices are for organizations that are embracing them.”

It probably helps that DevOps and SRE engineers are among the best paid software development professionals, too.

I asked Silge if Stack Overflow broke down the definition of DevOps further to encompass growing new industry trends, like DataOps and MLops. These buzzwords are pretty new, but they’re real things, trust me. They even have their own Wikipedia pages.

The answer was no, but Silge pointed out that respondents can self-identify with several different career paths at the same time. On average, those who filled out the survey identified with three different roles, highlighting the diversity of work people do.

And, in fairness, DataOps and MLops are both niches within a niche. Maybe give it a couple of years before they make their mark on these important industry surveys.

Half of all developers in Stack Overflow’s sample wrote their first line of code before the age of 16. That’s a pretty impressive figure by itself. However, it gets even more interesting when you look at gender and regional variance.

The countries where people tend to start coding the earliest vary wildly. Unsurprisingly, developers in affluent countries start earlier. Silge mentions Australia and the UK. Surprisingly, the US sits right in the middle of the table. You wouldn’t expect that, given its long-held position as the epicenter of all things tech. America has Silicon Valley, Stanford, and MIT. If anything, it should be leading the pack.

Programmers in low-to-middle income countries, like India and Brazil, tend to start coding later than their Western counterparts. Despite that, it doesn’t seem to have hampered them in any way. India has a thriving technology sector and several excellent universities that specialize in STEM fields – like the venerable Indian Institutes of Technology (IIT).

If young people believe programming is a one-way ticket to a lucrative career, they’ll pursue it. And they do, with great enthusiasm. They want to be the next Narayana Murthy or Satya Nadella. And indeed, many have found success in the technology field. Indians have had an oversized role in the history of Silicon Valley, founding 11.3 percent of the country’s startups, despite only representing one percent of the overall US population.

(Forgive the segue, but there’s a really good book about India’s tech sector called Geek Nation: How Indian Science is Taking Over the World, by British author Angela Saini. It does an excellent job of explaining how India became a global tech powerhouse, focusing on the country’s people, and its many research institutions. It’s well worth a read.)

Things get more interesting when you take into account the distribution of age. In the UK, for example, it tells a story of government education policy over the years. Older programmers – those who grew up with the BBC Micro and Commodore 64 – were especially likely to have gotten their start in coding early.

That’s not much of a surprise. During the tumultuous 1980s, the Thatcher government saw the value in having a booming high-tech sector, especially as the country was transitioning from a manufacturing-based economy to a services-based economy. Overnight, computing became part of the national curriculum, and school rooms were filled with boxy-looking computers from manufacturers that have long ceased to exist, like Acorn and Commodore.

During the 1990s and 2000s, schools shifted away from teaching programming skills. As computers became cheaper and more ubiquitous, the Labour government insisted that schools should teach Microsoft Office skills. Pupils ceased to be creators of software, and instead became consumers of it.

This disastrous policy was canned during the coalition government, and in 2014 schools started teaching computing again. It’s for that reason why British Gen Z-ers are especially likely to say they started coding in their early teens.

Sadly, it’s not all good news. According to the survey, girls tend to start programming much later than boys. The actual figure varies depending on the country, but there is a meaningful gulf. I asked Silge if this impacts girls further along in their career. Unfortunately, the survey didn’t try and get that qualitative data. However, it could be an avenue for further research.

Despite that, the survey shows that women are equally as enthusiastic as men when it comes to their love for technology. It also showed that women are represented in all parts of the tech field, from upper management to low-level code slinging.

This is something we’re seeing across the tech field – not just in programming. Last week, survey data from the (ISC)2 showed that women were accomplishing tremendous things in leadership roles within the information security and cybersecurity industry.

The Python programming language regularly fares well in best-of lists, and 2019 was no exception. The popular interpreted language ranked fourth on Stack Overflow’s list of ‘most popular technologies,’ behind JavaScript, HTML/CSS, and SQL, but ahead of Java, C#, and PHP.

Python has long been favored by beginner programmers, thanks to its easily graspable syntax. It’s one of the simplest programming languages to grok (excluding the likes of MIT’s Scratch, obviously), and has a wealth of high-quality tutorials, like Zed Shaw’s Learn Python the Hard Way. Despite that, it’s actually useful. Python isn’t a toy language. Not by any stretch of the imagination.

DevOps engineers use it to script important tasks. It’s used heavily in AI and IoT scenarios. Google’s TensorFlow library is primarily used with Python. Developers also use Python to create websites, thanks to tools like Django, Flask, and the Pylons Project.

A great example of a popular website built with Python is Reddit, which was converted from Common Lisp in 2005. The late Aaron Swartz, who at that point worked with Reddit, attributed the move to the fact that Python is easier to read and maintain, and required fewer lines of code than the equivalent application written in Lisp.

I’ve touched on just a few findings from the report. The report itself is quite large and covers a huge swathe of topics, ranging from people’s day-to-day working lives, to how they entered the software development industry. If you’re curious, you can check it out here. 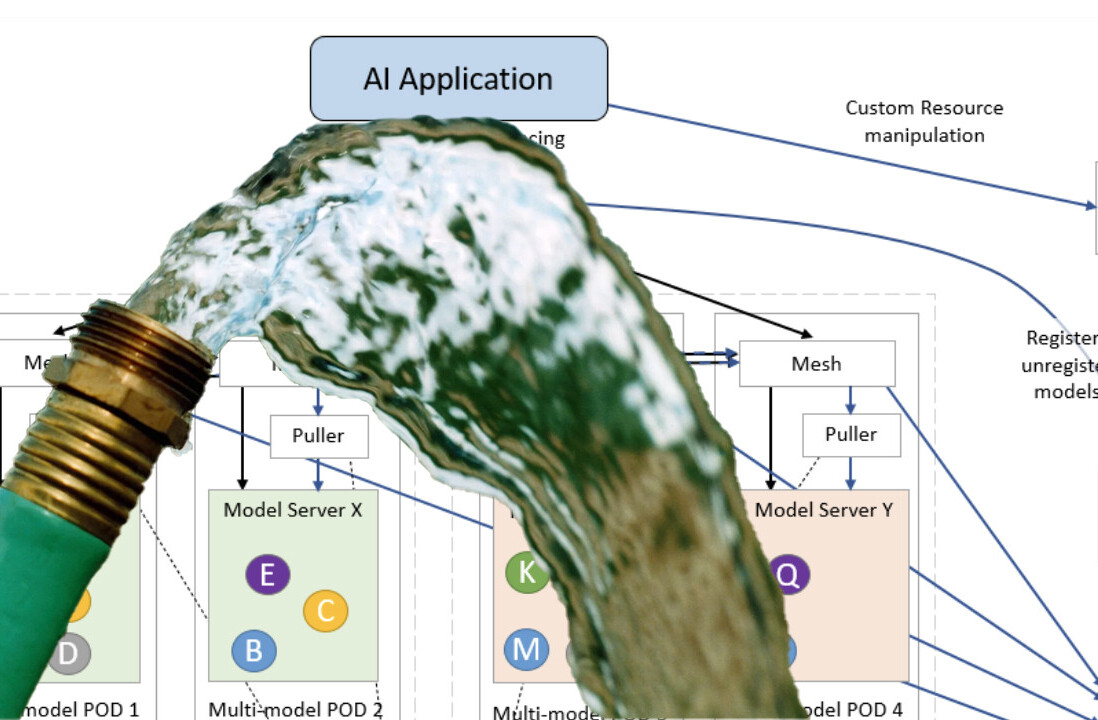 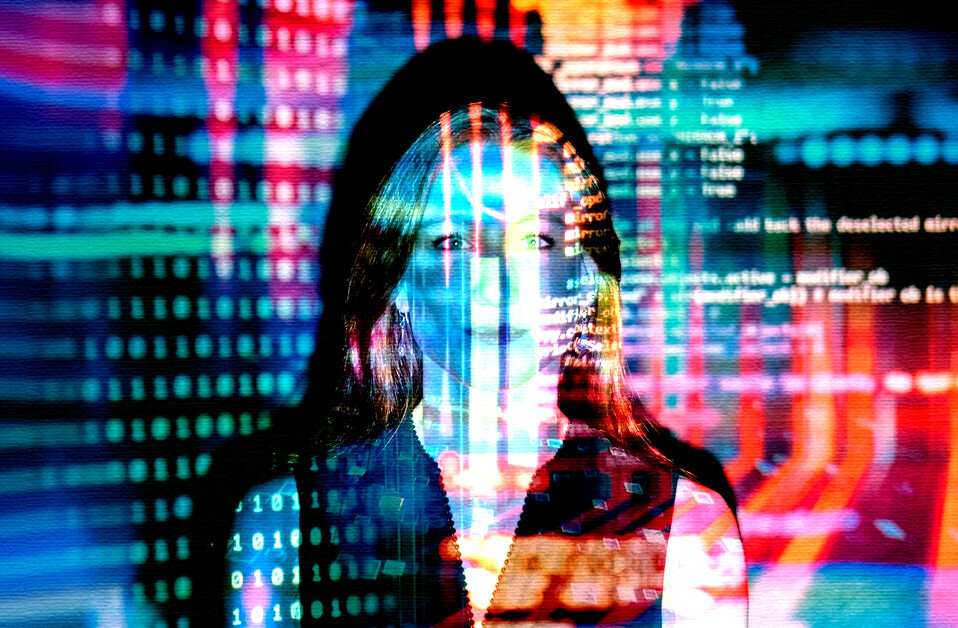