The Ultimate Fighting Championship (UFC) is preparing itself for a new fight in its ongoing battle against Internet piracy. The organisation’s supremo Dana White has been vocal in his stance, but his organisation is taking its efforts to the next level with plans to sue individual Internet users that watched its content illegally.

As part of its action against now defunct greenfeedz.com, the organisation has obtained details of the streaming site’s userbase, including email addresses, IP addresses and information pertaining to which of its members watched each event.

Using this data, the UFC is planning to sue each and every greenfeedz member who watched its content via the site for copyright violations, according to Bloody Elbow.

While sites face prosecution for illegally streaming content, moves against individual users are far less common. The UFC’s actions could set a precedent for cracking down on streaming services users, and it certainly sends a strong message to those that consider tuning in unofficially. 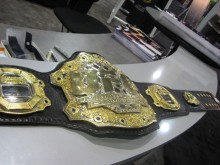 The UFC has taken an aggressive approach to Internet piracy, which saw it throw its weight behind SOPA, while White himself has been involved in public showdowns with prominent Anonymous members on the subject.

Anonymous members hacked the UFC website following its support of the controversial draft US legislation, which led to White labeling the group as “terrorists.” The UFC chief spoke out again, claiming that Anonymous’ hacking exploits could help revive support for SOPA, ACTA and future proposals.

Anonymous continued its onslaught against White when, following a high profile argument on Twitter, members of the group hacked the UFC site once again and posted a number of White’s personal details online.