While earlier leaks gave us a pretty good idea how Samsung’s upcoming Galaxy S8 flagship compares in size with its premium Plus variation, we are yet to see how the handset measures next to other devices – like its Galaxy S7 sibling and the iPhone 7.

Reliable leak platform Slash Leaks has unearthed another set of Galaxy S8 photos that give us a relatively decent viewpoint on the dimensions of the phone. The images show how the new device stacks up against its S7 Edge predecessor and the standard-sized version of the iPhone 7.

While, at 5.8 inches, the new flagship handset is slightly bigger than the iPhone, it’s still a tad bit smaller than the S7, which measures at 5.94 inches. Here are the pictures: 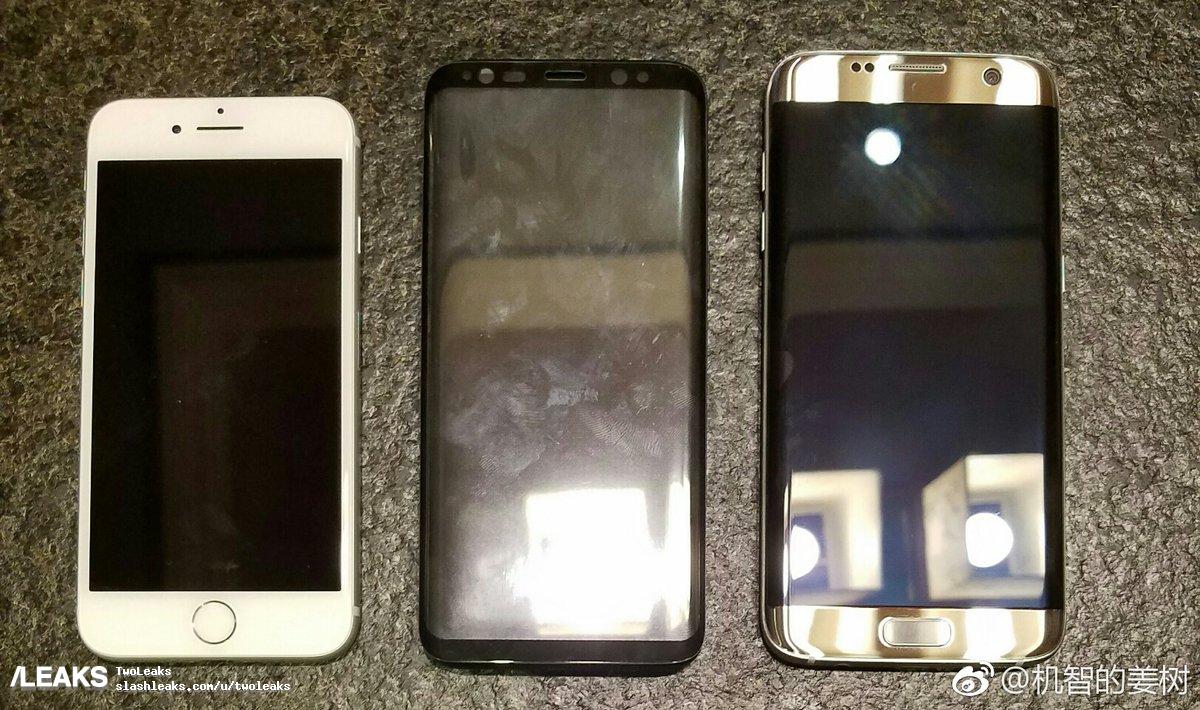 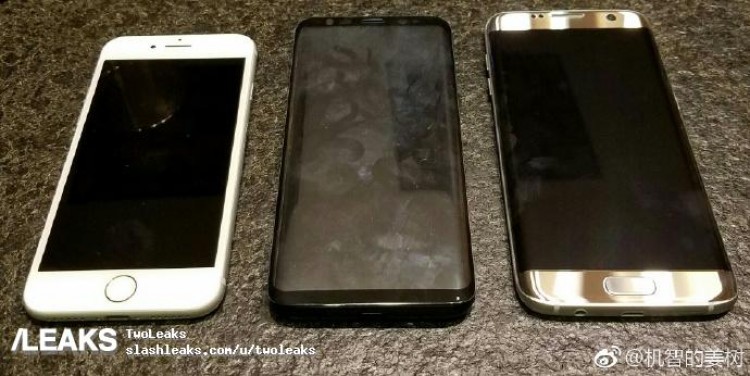 Thanks to its tiny bezels, the S8 still appears to be the more compact device when compared to the S7 – even though the latter packs a similarly sized 5.5-inch display. For more context, the panel for Samsung’s new flagship measures 5.54 inches and boasts an impressive 85 percent screen-to-body ratio.

In addition to its awesome bezels, the flagship will likely come in three different colors and support for wireless charging.

Samsung is slated to reveal the new S8 next week on March 29. The handset is expected to hit the shelves later in April at the price of €799 for the standard version and €899 for the bigger S8 Plus.