If you’ve followed the things that I’ve written around the Internet over the past year or so, then you’ll know that I have a vested, strong interest in the ecosphere of investments. I’m a big believer in financing the person and not the project, relying on hefty doses of research, understanding and “gut instinct” to tell me whether or not something is going to succeed.

So imagine my surprise when I heard about Right Side Capital Management, and its statement of “we don’t think it’s necessary to meet the founders”. Mind? Blown.

But Managing Director Kevin Dick tells me that from RSCM’s perspective, it not only makes sense to rely on math rather than instincts, but also that the time is right to look outside the Valley.

“There’s a lot of money chasing around a lot of deals. If you’re an investor and you’re looking to not pay high prices, looking outside Silicon Valley makes a lot of sense.”

Dick’s assertion lines up with the conventional wisdom that startups in the Valley are simply more expensive than ones elsewhere in the country. “An engineer, even with equity, will cost you $100,000 per year in the Valley.” So the idea is to look outside of the bay to find more typical investments, rather than trying to predict the future of what will be hot 4 years from now, as that’s a Valley specialty. 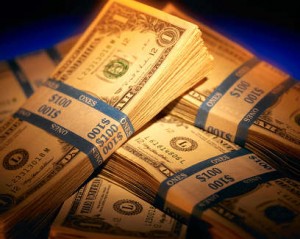 RSCM isn’t looking for $500 million exits. In fact, it’s quite happy to get numerous, smaller deals with the same methodology that we’re seeing come from some accelerators. But what’s interesting about how the process happens with the group is that it starts via an automated valuation.

RSCM first came onto my radar about a year ago, but I hadn’t really given much thought to them other than an “huh, that’s interesting” in the time that has passed. However, I saw the name pop up again as one of the investors in the recent $24 million raise by TechStars, and then an email from Dick hit my inbox.

He explains the process by talking numbers, stating that there are between 10,000 and 20,000 startups that are funded by Angels each year. As a simple matter of manpower, it’s nearly impossible for each of these startups to get a hands-on look from a person, and so RSCM set up a software that handles much of the heavy lifting.

“There’s an amazing amount of research that backs up the idea that people are really bad at interviewing other people.”

So to get started with RSCM, you download a couple of PDF forms, 1 for each founder and 1 for the company itself. Fill them in with demographic and company information and then you submit the forms to the site. With questions that cover experience, education, present funding and a myriad of other topics, it appears that each question is given a certain weight which can then translate to a dollar amount when equated to the present market for businesses that match up to specific terms.

The results? Honestly, rather impressive. Inserting 1 of each form for a half-real startup that I have in mind, RSCM’s algorithm returned a responsible, reasonable valuation and then a figure of how much funding would be prudent against that value. Granted, the idea that I submitted wasn’t for the next big thing, but it was a viable idea (in fact, already proven) and the valuation that was given was within responsible figures for an investment house that is looking to keep its risks lower.

That’s not the whole of the process, mind you. The website specifically states that there are some “next steps” that would need to be required, including looking at a business plan and then having a human judge the viability of the startup. But the algorithm isn’t meant to solve all the problems, it’s only meant to help separate the wheat from the chaff, and it appears to do that very well.

“Humans can not predict what is a good idea. If we look at eBay or Zynga, that’s a proven example. People thought those were crazy ideas.”

What we’re looking at here is certainly not a new idea. In fact, it’s a bit Hollywood-famous at the moment as we look at the story behind Moneyball. Dick addresses this specifically in a recent blog post, and how it coincides with the methods of RSCM:

“Despite the difficulty of constructing a founder rating algorithm, we can follow the general prescription of trying to find bargains.  Don’t invest in “pedigreed” founders, with startups in hot sectors, that have lots of “social proof”, located in the Bay Area.  Everyone wants to invest in those companies.”

But Dick says that, like all good projects, this one varies a bit from how it was intended. In fact, the idea of the algorithm is not how things started. “We followed the evidence. We could have just as easily come to the conclusion that VCs and Angels were doing everything right. We definitely didn’t approach it this way from the get go.”

And so the question that must be asked is whether it’s effective in the real world. We’ll know, soon. Dick tells me that the firm is looking to make its first investments by 2012. Give us your thoughts. Is an algorithm capable of outweighing the gut instinct of the top investors, or is this simply a necessary step to solving the idea that Silicon Valley is its own worst problem?