Sony Vaio laptops were once arguably the closest thing Windows had to a premium, MacBook-like experience. But after lagging sales, Sony sold its laptop division in 2014.

The Vaio team has since been slowly rebuilding its reputation as a premium laptop manufacturer with a narrowed portfolio, and the Z Flip is arguably the most versatile of these. It’s a convertible laptop like so many competitors, but it uses one the most unique hinge mechanisms I’ve seen yet.

The vast majority of convertibles have adopted one of two form factors: the Surface-like tablet plus detachable keyboard, or the Lenovo Yoga-inspired 360-degree flip.

Common caveats to the Surface school of convertibility is are flimsy keyboards and/or slow detaching mechanisms. On the other hand, the Yoga concept leaves your keyboard exposed to the elements , not to mention that having a clicky keyboard on the back of your tablet isn’t exactly elegant.

The Z Flip circumvents both these issues by using two hinges. One is on the base of the laptop as usual, and another sits midway across the laptop lid. The screen flips, but your keyboard remains covered.

Props to Vaio for so seamlessly integrating the hinge into the design; the horizontal line running through the back panel looks like an aesthetic flourish rather than a mechanical necessity. I just wish the engineers had thought of a subtler mechanism for releasing the screen than the anachronistic pull-latch.

The rest of the laptop is solidly-built and provides a comfortable portable computing experience. It’s thinner than competitors like the Surface Book, the touchpad is among the better Windows ones, and the keyboard is a bit shallow but responsive. And while it’s not the most exciting design out there, the blueish gunmetal covering most of the device is classy enough. 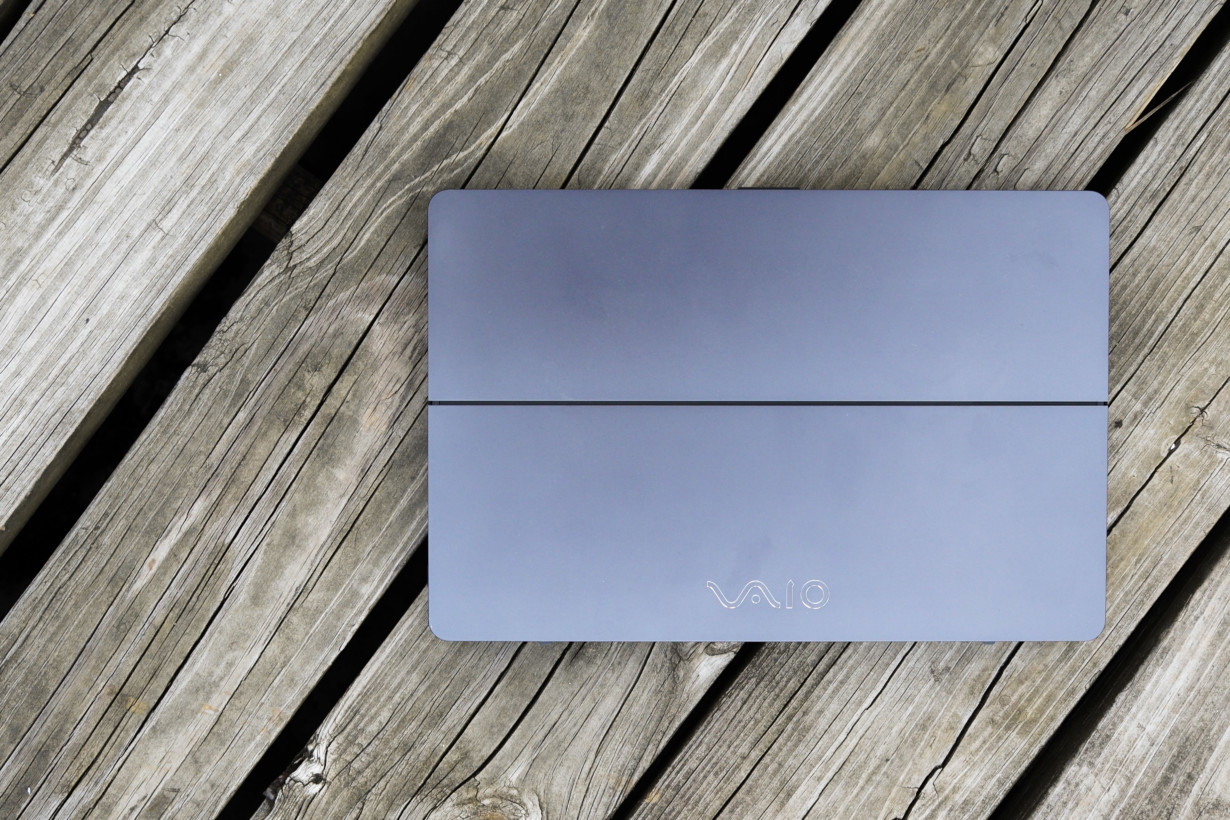 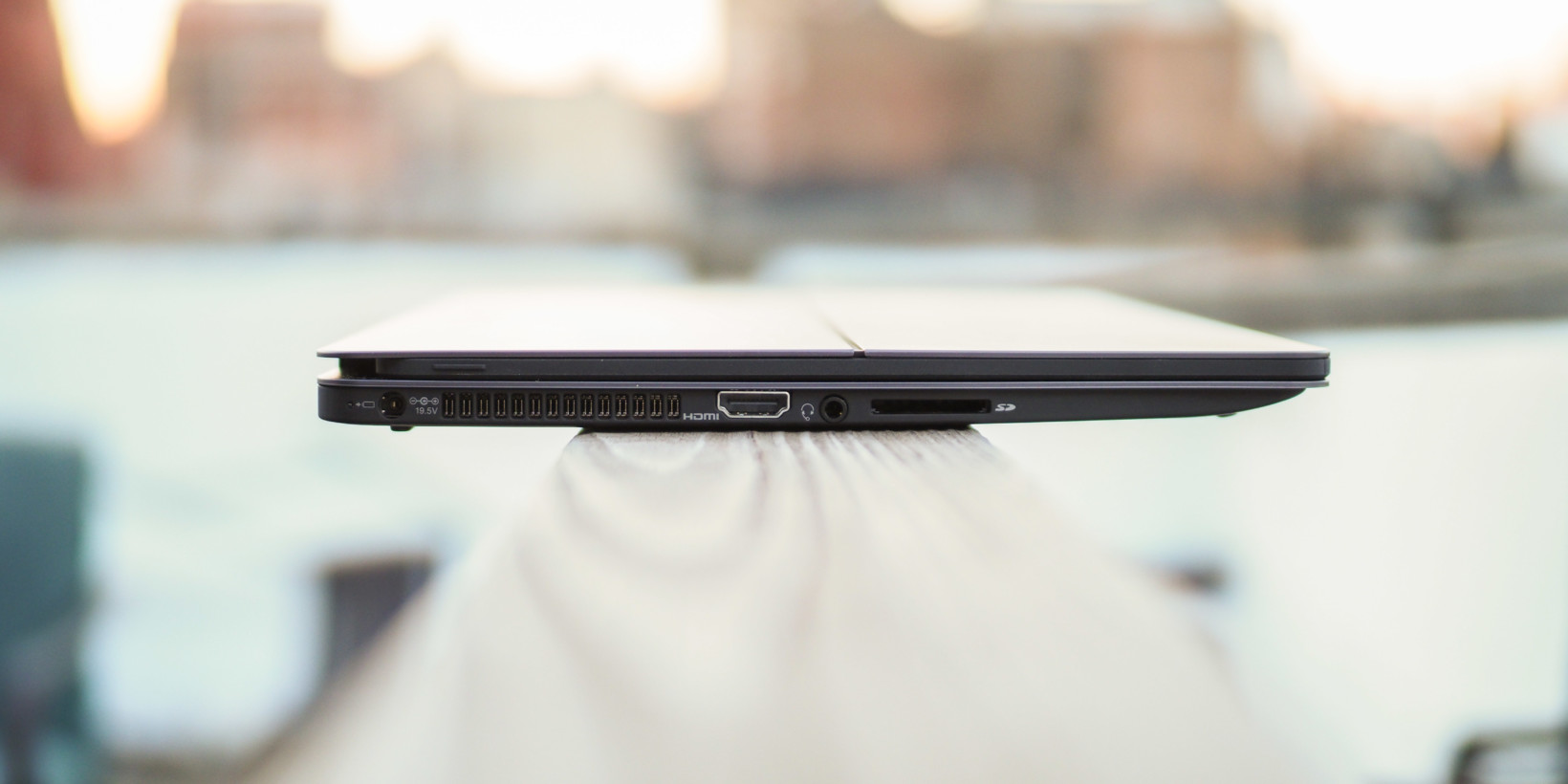 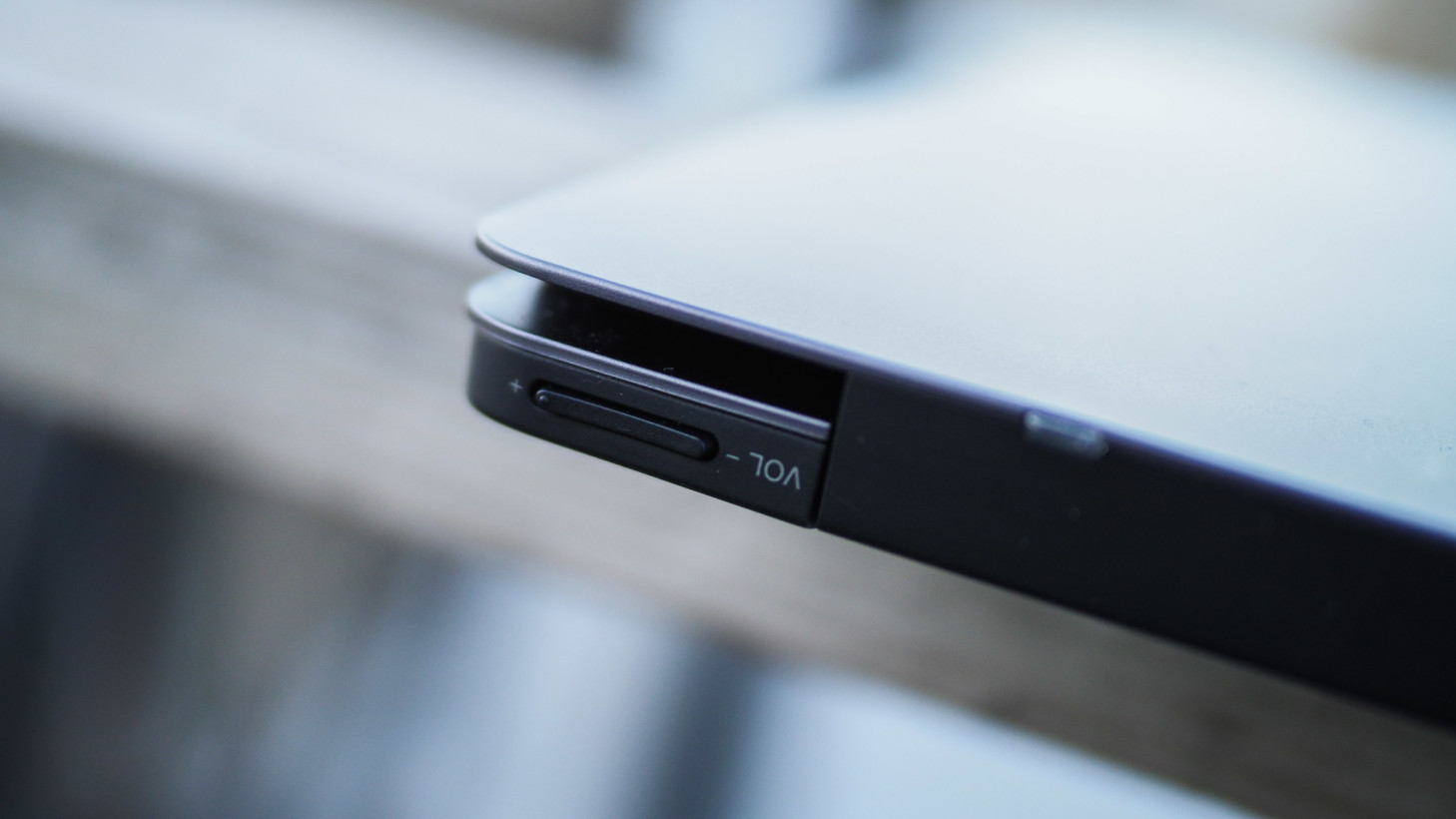 The QHD screen is vibrant and sharp, with excellent contrast and viewing angles, but not as good as premium competitors like the XPS 13, Surface Book, or MacBook Pro. The bezels are also quite portly by current standards, but that can be mildly forgiven given how svelte the laptop is relative to its internals.

And truly, the Z Flip is deceptively powerful compared to the competition. It uses the older 6th generation Skylake chips instead of the newer Kaby Lake, but unlike almost every Windows convertible – which sport 15-watt CPUs – the Flip uses a powerful 28-watt CPU and Intel Iris graphics, which is a criminally underused alternative to a low-end dedicated graphics chip. The only other major ultraportable with a 28-watt CPU and Iris is the MacBook Pro, but that’s not exactly convertible.

The internals mean I can actually get reasonable frame rates on a few older games at 1080p, like Counter-Strike: Global Offensive (~100+ fps) and Tomb Raider(~70 fps) so long as keep the settings around medium.

It’s surprisingly close to my Surface Book for gaming, and in fact, benchmarks show the Iris 550 to be roughly neck-and-neck with the custom Nvidia GPU in the original Surface Book (which is essentially a tweaked 940M). I also like that the hinge means that I can turn the laptop around to become a tablet while gaming for a more seamless viewing experience.

Gaming aside, the Z Flip generally seemed just a teensy bit more responsive in every day tasks (though the fans can get quite loud under really heavy loads). This is attributed to both the higher wattage CPU and faster SSD (its Samsung NVMe SSD reaches over 2,000 MB/s read and 1,500 MB/s write speeds).

Add to that a great stylus – which feels just as responsive as Microsoft’s and is actually cross-compatible with the Surface Pen – and the Z Flip makes for a veritable portable workstation for artists and people who often take take handwritten notes. That said, I’m saddened by the lack of USB-C, let alone Thunderbolt 3 for a bit of future-proofing.

Battery life was impressive too too. I regularly managed around 6 hours of my heavy real world usage, which generally includes a lot of image editing, web browsing, and maximum screen brightness. That said, it doesn’t quite hold a candle to my Surface Book.

For comparison, at the time of writing, a similarly spec’d Lenovo Yoga 910 runs at about $1,650, or a comparable XPS 13 2-in-1, about $1,800. Those can’t quite compete on the graphics front, but conversely offer better displays or other advantages.

That makes the Z Flip a bit of a bittersweet deal. Few laptops hit quite the combination of performance, graphics, size, and convertibility. If you need its particular combination of assets and don’t mind paying up, you definitely won’t go wrong with the Z Flip.

On the other hand, while Sony Vaio was one of the few companies that could go toe-to-toe with Apple on design, the new Vaio is competing in a much tougher Windows environment. And the fact of the matter is, there are cheaper competitive options, particularly if you don’t need the extra graphics.

As much as I like Vaio’s flippy mechanism, Dell, HP, and Lenovo and others all have convertibles that look and feel just as premium, if not more, for less money. The Z Flip just doesn’t quite have the design wow-factor of some the competition. And while power users will appreciate the extra performance provided by the Iris graphics and 28-watt CPU, the every day user likely won’t be able to tell.

You could argue the Z Flip is competing against the similarly-expensive MacBook Pro and Surface Book, but despite some of Vaio’s advantages, those offer superior batteries and displays.

The Z Flip proves Vaio is very much still in the game, but it’s going to have do more if it wants to clearly pull ahead as a premium Windows manufacturer now that the competition has gotten this good. Here’s to hoping it ramps its game up in 2017.

The Vaio Z Flip is available from Amazon starting at $1700.