It’s a good time to get into VR gaming. We’re finally starting to see some premium titles launching on PC platforms, such as Skyrim VR and L.A. Noire: The VR Case Files. In order to play them you’ll need a fairly powerful gaming rig, and if you’re in the market and on a budget, Dell’s Inspiron 5680 is definitely worth a look.

This new addition to Dell’s lineup is intended reach gamers who aren’t ready (or can’t afford) to dive in to its Alienware brand yet. But make no mistake, the 5680 is here to game. It’s got bright LED lights that shine out of its huge tower, and it’s upgradeable like its more expensive cousins. Plus, for the price, the hardware isn’t anything to sniff at. 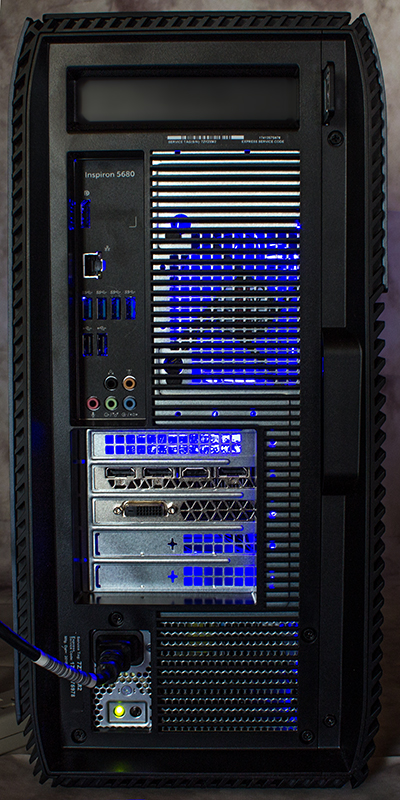 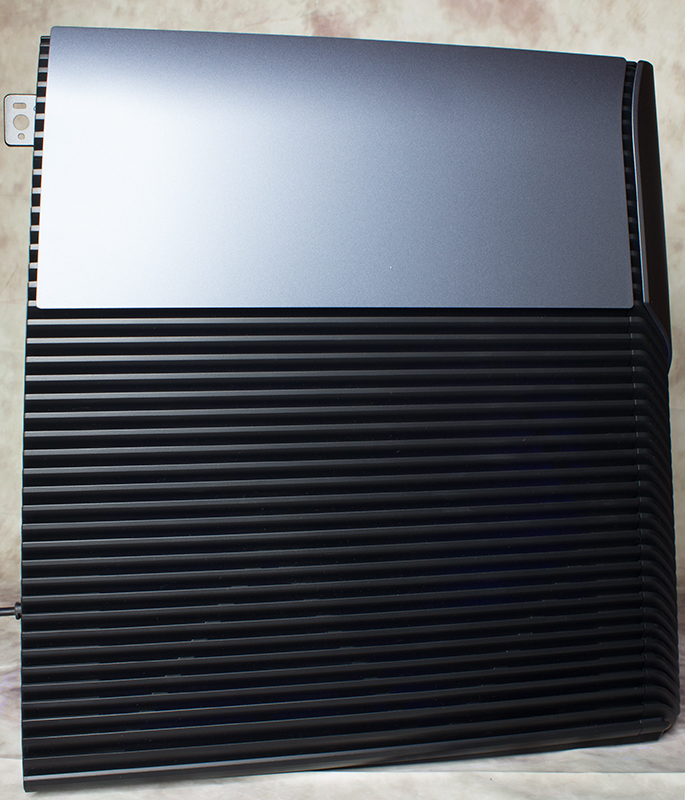 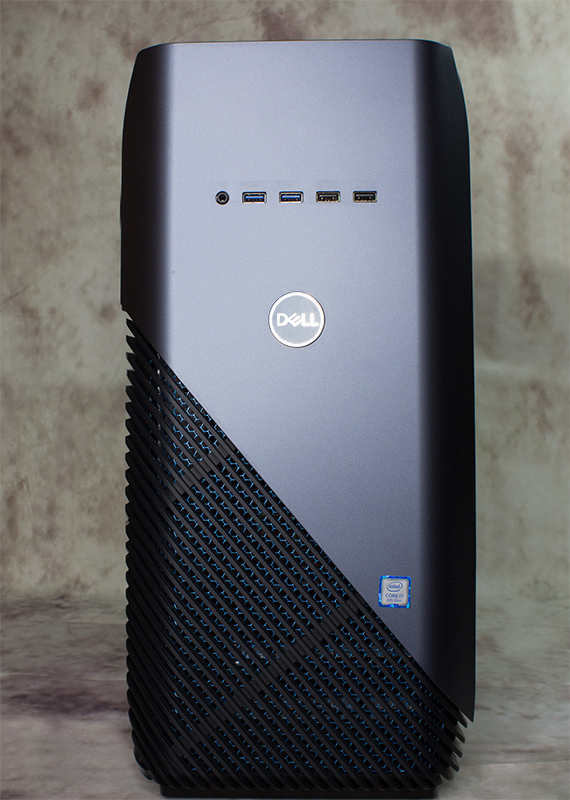 The configuration we tested had the following specifications: 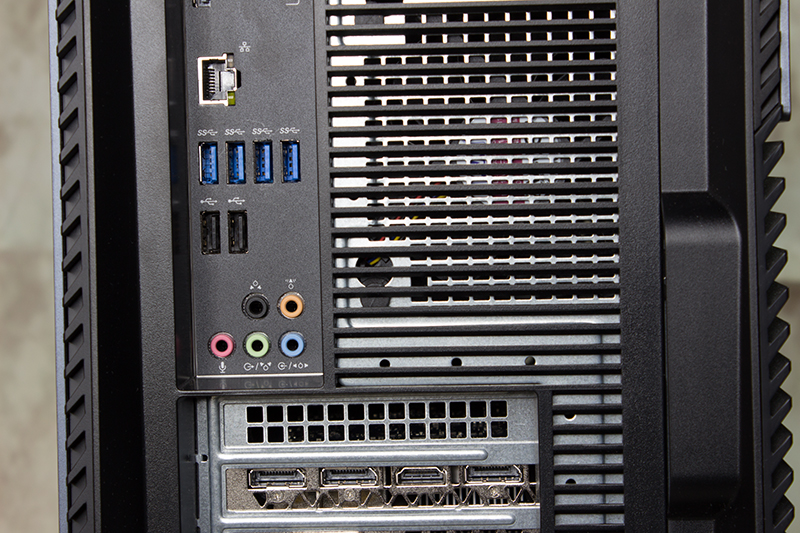 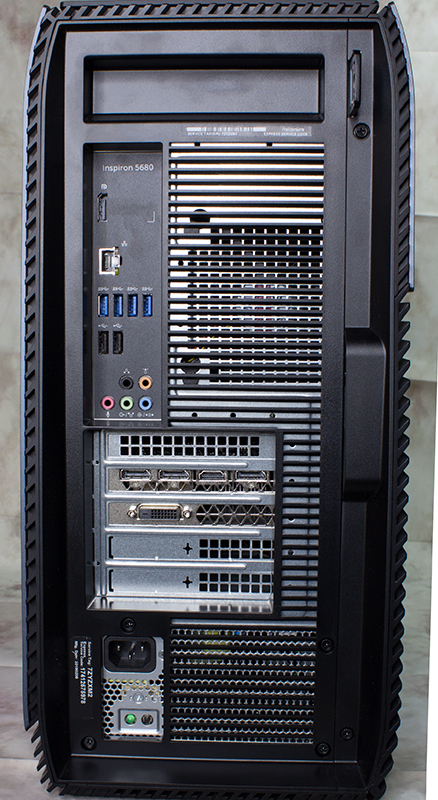 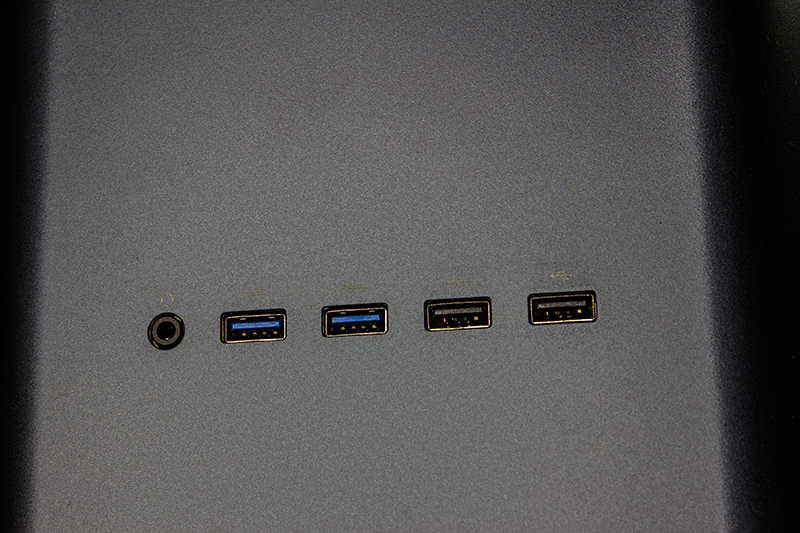 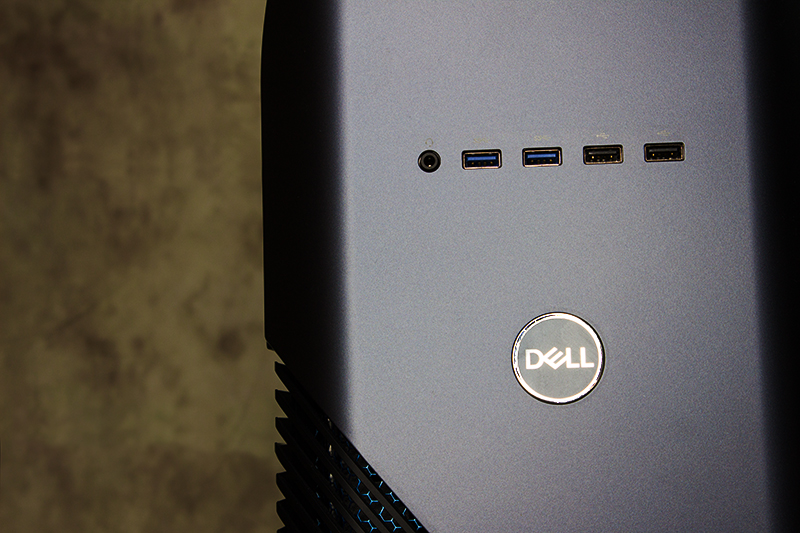 It’s well suited for entry-level VR gamers thanks to the GTX 1060 and 8700K. And for non-VR games, it’s a decent mid-tier option. Basically, if you’re going to be playing on a 1080p or lower resolution TV/monitor, this is a gaming rig that’ll support decent frame-rates in all but the most demanding of today’s premium games.

I tested it on several AAA games and dozens of VR titles and found a lot to like, but there’s a few small design problems holding it back.

Let’s talk about the good things first. The Dell Inspiron is a gaming computer so it’ll handle all the boring stuff you do. I’ve used it as my daily driver for weeks now and my habitual overuse of Chrome tabs and tendency to leave RAM-eating games running while I alt-tab back into my word processor haven’t caused so much as a stutter.

And I’m happy to report it performs as admirably when it’s time to play games whether in VR or on the big screen (as long as you don’t need 4K resolution).

I was able to get 60FPS at 1080p in The Witcher 3 with buttery smooth gameplay that felt perfect. And when I stepped into VR things were even better than expected.

Before you actually get into VR though, the computer pulls its weight. It boots up super-fast thanks to the SSD drive and Dell’s relative lack of software bloat. That means you can suffer through the almost never-ending series of game and driver updates VR early-adopters have to, with a minimum of standing around waiting for a restart to finish.

Once you’re in VR: this PC runs both the Oculus Rift and HTC Vive very well. On low-end VR experiences I didn’t notice any stuttering or freezing at all. And on the most robust games, such as Skyrim VR, turning the settings down to medium eliminated any hiccups while still maintaining gorgeous graphics.

In the looks department, the Inspiron doesn’t really impress me. I’m not a fan of gray and black technology devices and bright shiny LED lights annoy me. That’s not Dell’s fault though, and as you can see, the Inspiron looks fine. For my money, the appearance of a gaming PC isn’t all that important. 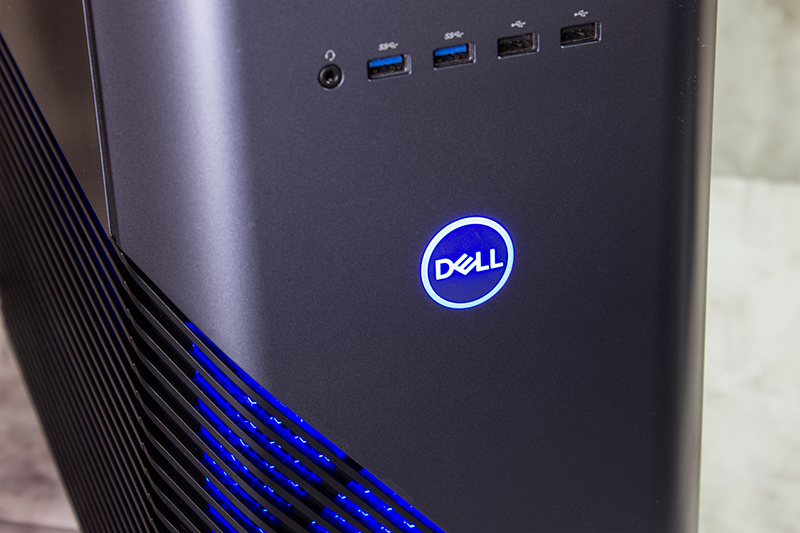 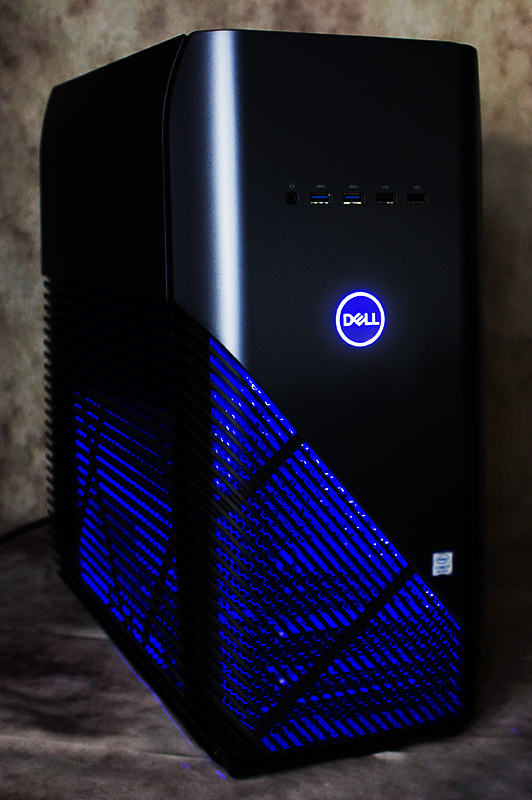 It weighs nearly 14 kg (over 30 lbs) and stands about 45 cm (18 inches) tall. This thing takes up space, it’s a bit of a monster, but that also means it’s nearly as easy to upgrade as an Alienware Aurora.

I used the Inspiron 5680 to review the HTC Vive Pro, a VR headset that requires a bit more of the PC’s resources than the standard Vive, and it performed great. Fallout 4 VR, Skyrim VR, and Star Trek Bridge Crew had never looked so good in VR, and I didn’t have any stuttering or flickering issues once I tweaked the settings.

It bears mentioning that some of these experiences don’t work perfectly at the highest settings even on rigs running Nvidia 1080s costing double the price of the Inspiron (or higher).

It’s not without a few issues, however. The first of which is that it has only a single HDMI port, and that’s the one built into the Nvidia graphics card. This wouldn’t be a big deal, except Dell is pushing this as a VR ready PC for gamers on a budget.

If you’re using this computer with a television that doesn’t support DVI or Display Port, you’re going to need an adapter to connect both your TV and an HTC Vive or Oculus Rift. I solved this problem with an HDMI to Display Port cable, but you might not have one of those lying around.

And that leads to the next issue, there’s no HDMI port on the front of the tower. When I plug my headset into the back I’m losing well over a foot of cable length unless I have the desktop sitting awkwardly sideways on the top of my desk.

And even when I’m not worried about shortening my tether, it’s still a pain to have to pull the huge desktop out and turn it so I can connect and disconnect my headsets. This might not be an issue for someone who only owns one VR headset and leaves it connected all the time, but it was for me.

This is more of an industry complaint than one specific to the 5680, as most desktops don’t have front-facing HDMI ports. I mention it here because, due to the sheer size of this tower, the problem is somewhat exacerbated. It’s something Dell and other manufacturers should consider until VR headsets go untethered.

All that being said, I would definitely recommend the Inspiron 5680 to anyone who doesn’t have a VR-ready PC already. And it starts at just $599, though my recommendation is for the configuration we reviewed, which costs $1,099. Find it here on Amazon.