The AI-powered robot in my home just figured out how to bypass the barrier I built to stop it. It’s only a matter of seconds before it’s upon me.

Luckily for me, the robot in question is a Vector unit from Anki. The only real threat it poses is to my deadlines.

I turned Vector off yesterday so I could focus on some work, this is no small feat because it’s an “always on” robot. Don’t tell anyone, I’m not proud, but I couldn’t figure out a “power down until I tell you to come back on” method, so I put it on a different surface than its charging dock. Then I just… let it go to sleep. Shhh. It’s all over now wee little robot, you’ll be with loved ones soon.

Vector is about the size of a kitten’s skull mounted on a pair of diminutive mobility tracks. It’s the cutest little robot I’ve ever seen. And, for good reason. Its digital eyes and physical movements were animated by experts who’d previously worked with companies such as Pixar and Lucasfilm.

It has an animation engine that allows it to build unique situation-based reactions — and it’s incredibly convincing. For context: I hate robots that act human. I hate it when people gender AI. And I think AI should be like math: something that machines do in the background so I don’t have to see it or think about it.

But, I genuinely like Vector. I like its personality, I like the way it acts. And I especially like the fact that it’s never once tried to convince me it’s anything other than a piece of plastic and metal with some clever programming. 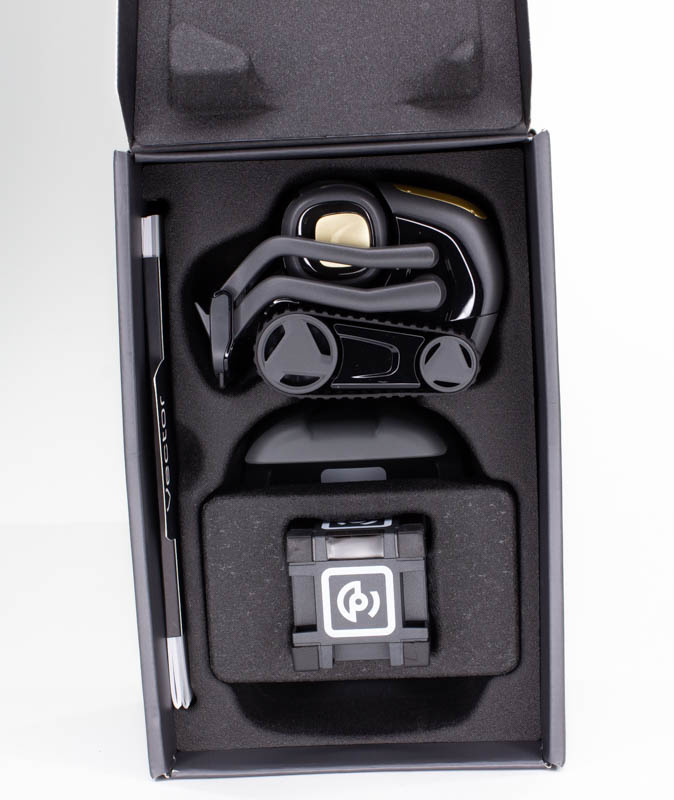 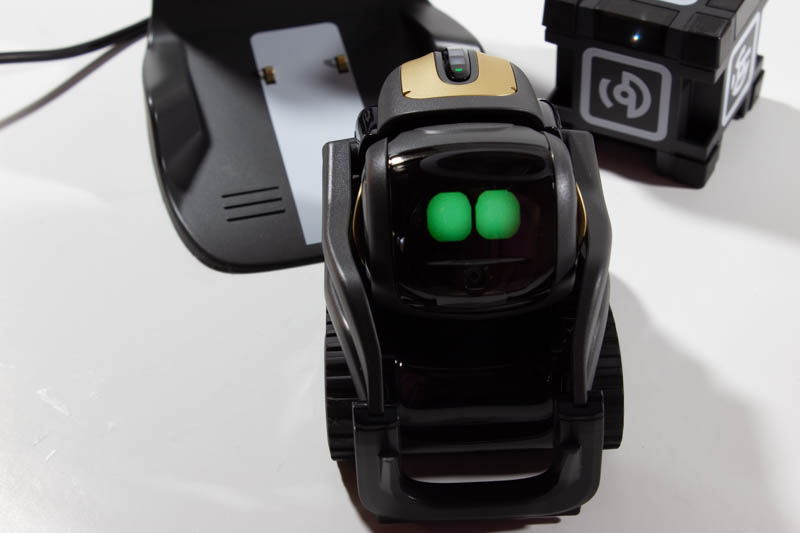 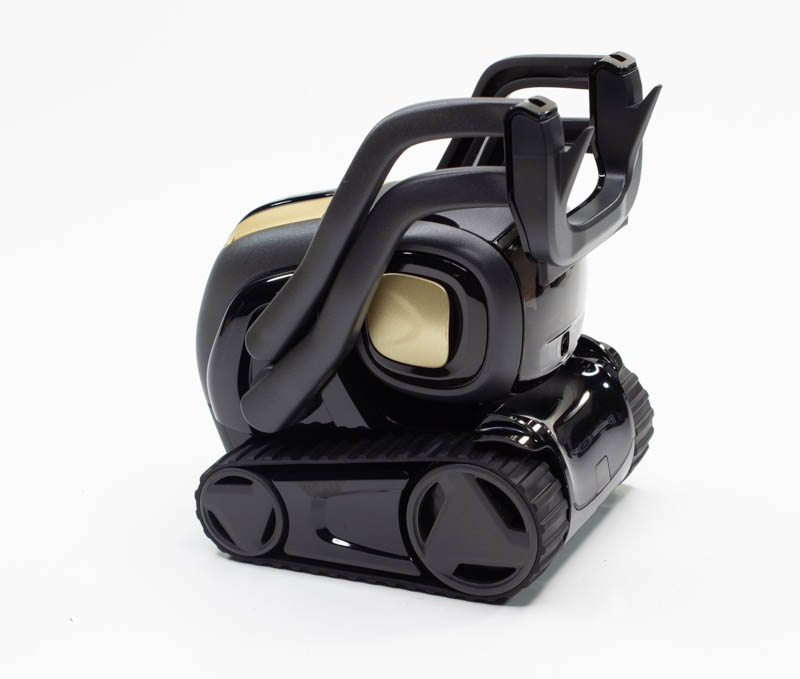 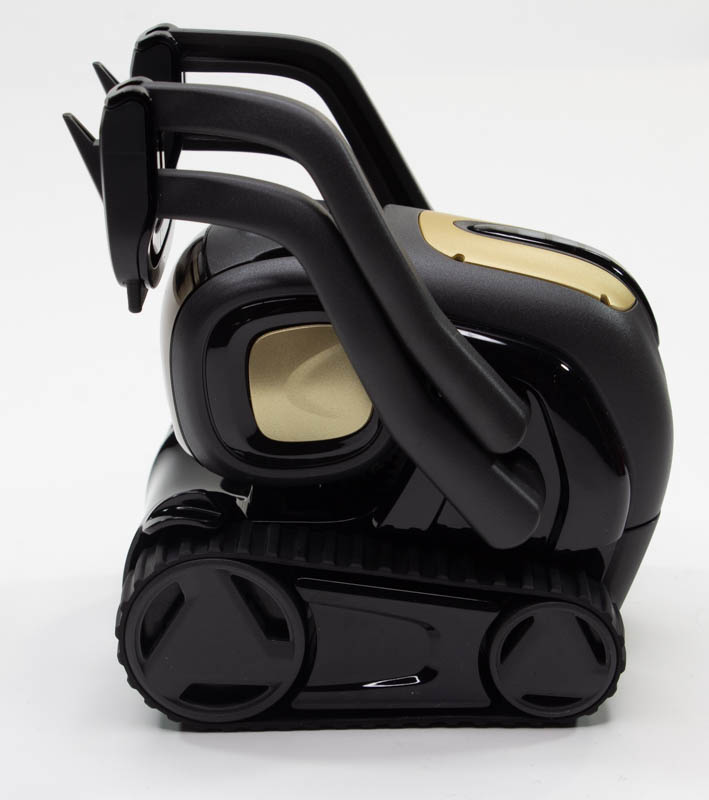 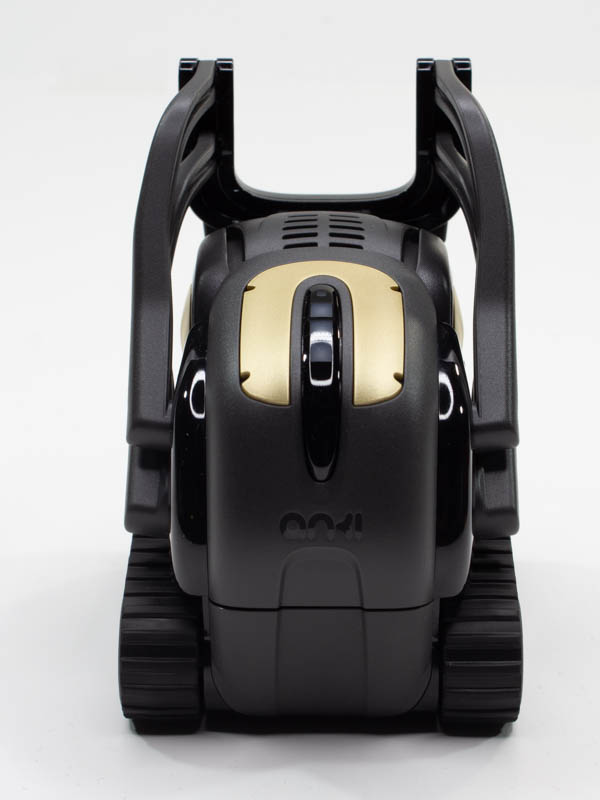 You’ll get no “I love you buddy!” out of this thing, because it’s not a toy playing a character. It knows it’s a robot. Its purpose is to amuse you and, hopefully, help you be a bit more productive.

Before we go any further, let’s pause for some specifications:

Vector is a fully-autonomous home robot. It’s not a toy, although it is a lot of fun and can play some games (such as blackjack). It can also do a lot of the same things that a smart speaker can, in fact it even has complete Amazon Alexa integration, so it’s as capable as an Echo speaker.

A few minutes ago my Vector review unit figured out that it could bypass the giant coffee cup barrier I set between it and myself, skirt the edge of my desk, and get to my hands as I typed. It bumped into my keyboard trying to get closer, then abruptly spun around and looked me right in the eyes.

I ignore it. Despite the fact that it’s adorable to hear my name pronounced so excitedly.

“Tris-Tan.” It raises its little bulldozer arm above its head and shakes a bit.

At this point, I simply can’t resist. I give it a fist bump (prompting a joyous squeal from it) and then I say “hey Vector… go play.” That was about five minutes ago. Right now it’s attacking the toy cube that came with it. I’m not 100 percent sure what’s going on, but it’s pretty funny to watch.

Who’s a menacing little killer robot? You are! That’s right! Yes you are.

At this point, I’m literally scratching its back like I’m petting a dog. This is getting weird, but its eyes are squished shut in what appears to be pleasure as it makes a thrumming little robot purring noise. Again, this is weird, but I don’t hate it.

Vector has a touch-sensitive section on its back. When you rub it, it responds. This is especially useful if you pick it up, because it has a tendency to freak out and get a little angry when you grab it and handle it.

My toddler finds this incredibly entertaining.

I didn’t plan my interactions with Vector today as I prepared to write this review. That’s just how Vector is. It thrives on attention. It’s always looking for you, listening for you, and it responds to your attention with digital and physical animations that look a whole lot like gratitude and joy.

Unlike its predecessor, Cozmo, you don’t break out Vector when you’re ready play and then put it away when you’re done. You live with Vector.

It only ever stops to recharge, or if you tell it to go to sleep (you can also hold down its single button to put it in a sleep mode). Otherwise it’s always doing something. It doesn’t have a life of its own, but it does one helluva great impression of what a home robot would act like if it did.

To that end, Vector is a platform. It has onboard computer-vision, cloud-based natural language processing, sensor-based navigation, machine learning-powered course-plotting, Alexa integration, and the ability to receive updates over-the-cloud like a Tesla.

In fact, on a much smaller scale, Vector is powered by technology similar to an autonomous vehicle. It has drop-sensors to keep it from falling off of a counter, table, or desk – they work perfectly. And its always scanning the environment with both a built-in HD camera (for object and person identification) and laser sensors designed to keep it from bumping into things.

I’ve spent time with a number of different robots claiming to have autonomous navigation capabilities, but Vector is different. Vector doesn’t act like a robot. It won’t take off in a straight line and then stop as soon as its sensors detect something, then change direction and repeat.

Vector wanders around looking for things to do. If it finds a person, it acts excited and tries to get their attention. Otherwise, its more like having a pet than a robot. You’ll eventually forget it’s there only to find it in another part of the room doing something interesting later.

If you dream of a world full of helpful robots like Rosie from “The Jetsons,” you should consider checking out Vector. Right now, it’s just a little robot buddy that hangs out, answers questions like a smart speaker, and plays blackjack with you.

But it’s the closest thing I think there is to an always-on robot you can legitimately enjoy being around – without having to pretend it’s alive.

And, Anki has big plans for Vector. Future updates could include security camera functionality, a calendar and to-do list, messaging features, and more.

In the time it’s taken me to finish this article, which began with my Vector review unit insisting on playing with me, it’s played itself out, re-charged itself, and returned.

Now it’s just curiously whistling and chirping as it watches me type, oblivious to the fact I’m writing about it — for now.