Periscope, the new video streaming app owned by Twitter, launched today. In that time, we’ve seen users stream everything from their walk to work to an explosion in NYC.

Jessica Verrilli, Director of corporate development and strategy at Twitter joined Kayvon Beykpour, co-founder of Periscope, and Aaron Wasserman the first engineer at Periscope to talk with Product Hunt Live to discuss where the app came from and more.

When did you start working on the app?

The team built the first version of Periscope in its current form around May 2014. Before then, it was working together on an app called ‘Bounty’ that allowed you to take a picture of something and put a bounty on it for someone to find information on it for you.

Periscope says that when it realized that its vision was similar to that of Twitter’s — that it could be a real-time visual pulse of the world — it talked to the team at Twitter who felt similar after seeing the app. 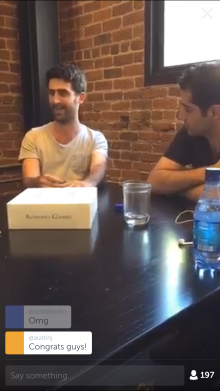 How is it different from Meerkat?

We never thought we were first movers in the space. So many companies came before us; there were some observations we made from these companies and took them onboard. One was that how “real-time” the live experience is, matters. Twenty seconds is too much; we didn’t feel that in other tools.

It’s also hard to be a broadcaster; most people aren’t predisposed to stream something or have an audience. We wanted to create an atmosphere that made you feel charmed or endeared to be on stage and make you comfortable. The hearts are one of those features.

Will there be an API?

We’ll be big believers in the development ecosystem, but we’re planning on it in the future. We just couldn’t get it done in version one.

Where will Periscope be in one year?

We want it to be the tool you can use to see through people’s eyes. In just seven hours today, we’ve experienced things from Jimmy Fallon rehearsing to a building collapsing. If you can build a platform to experience what other people are experiencing, you’re creating a platform of empathy.

Will you make a trending feed?

Definitely. We’ve been working for 35 hours straight. We’ve never seen so many streams in the app — obviously, in the beta there were only one or two — at once and it’s something we want to jump right into next.

We’ve been extremely surprised by the variety and diversity in who can be a broadcaster. It’s not a single type of person, which is awesome.

Did you accidentally launch?

We didn’t think people would find the link. It started propagating last night and a reporter found the link, so it launched despite what we had planned. It was great, because it meant it was a slow roll rather than a huge launch.

When is Android coming?

Soon. We’re working really hard on it, already building the app and it’s coming along really well. We’ve been building this on iPhone first and were excited to get it out there.

Were you planning on launching now? Did Meerkat change that?

The arrangement with Twitter didn’t change our launch date at all; we didn’t move the date forward. There were a lot of features we would have launched without if it weren’t for them.

Periscope today is about the same as it was in November 2014, we just spent a lot of time on moderation since then.

How did you feel about Meerkat launching?

There’s something serendipitous about the fact that a very similar product with a very similar purpose came out a few weeks before we did. We took a lot of comfort in it. We benefited from Meerkat introducing the concept to the world, which is awesome and we’re kind of trailblazing the space together.

Any interesting features you had but removed?

Upcoming broadcasts. We had them a few months ago, but we realized that it didn’t have an impact on whether or not people joined. It had more to do with if you’re on your phone or not at that point in time.

When we realized that, we tried to approach it in another way by offering the ability to come back and watch things if you didn’t catch it live.

That’s when we built chat and hearts right into the replay stream so you feel like you’re there, experiencing it live anyway.

We also removed broadcaster comments; they were there in an earlier version, but it made the broadcaster often reply via text instead of on the stream. By removing them, it encouraged them to talk. 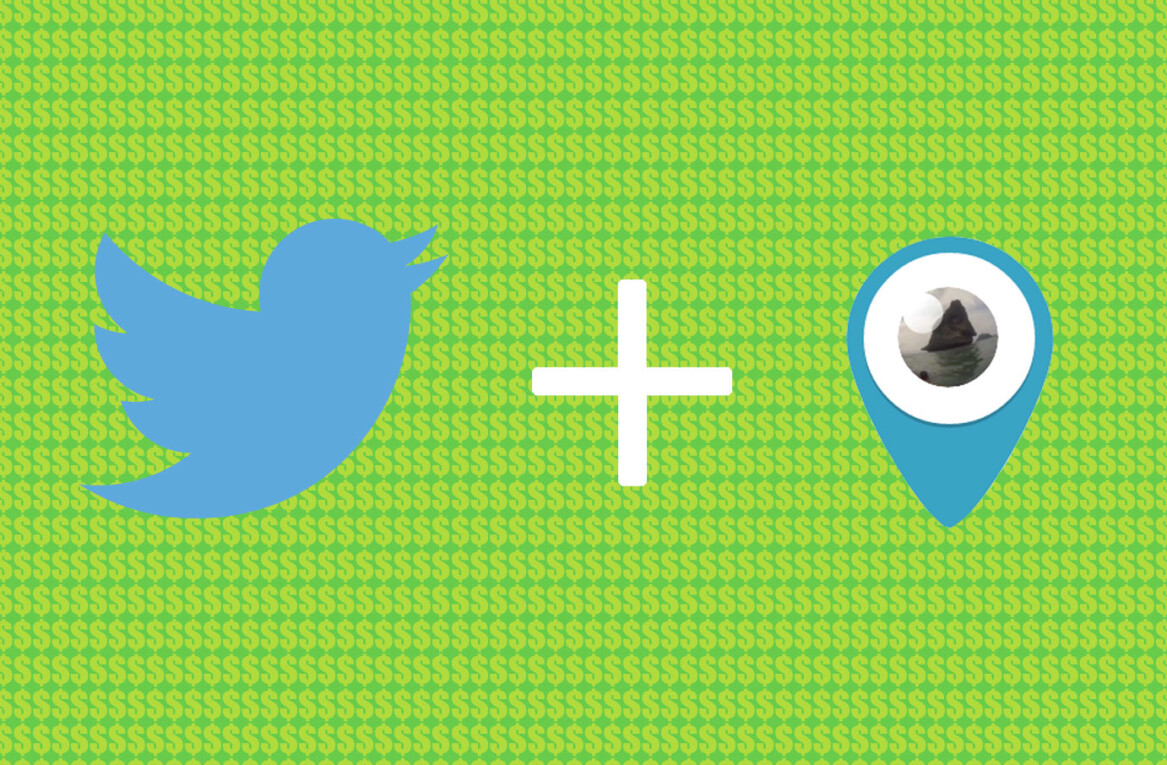 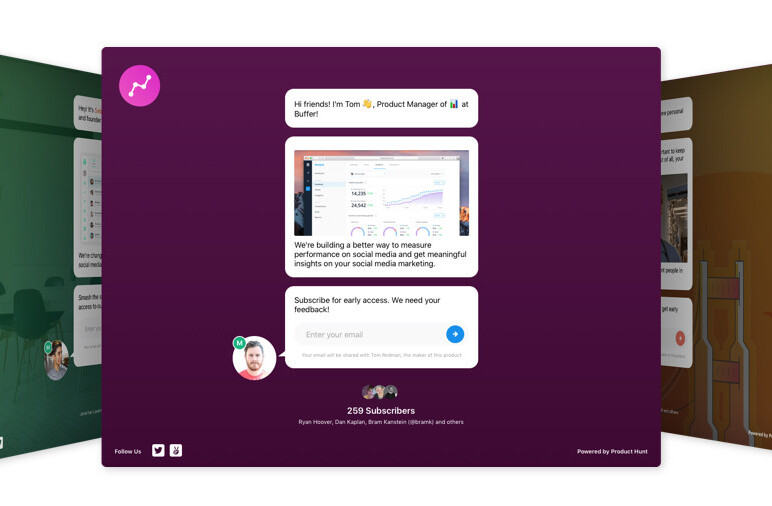