As a leading maker of mobile browser products, Opera Software releases a monthly ‘State of the Mobile Web’ report to zoom in on key trends. But Opera is more than just a browser software company; it’s also a sizeable player in the mobile advertising space, especially after spending up to $100 million on buying companies like AdMarvel, 4th Screen Advertising and Mobile Theory.

Opera claims it has contributed $240 million in revenue to mobile publishers in 2011, and anticipates to drive in excess of $400 million to publishers this year.

Today, the Norwegian company is releasing its inaugural ‘State of Mobile Advertising’ report in an effort to highlight key data and trends in mobile advertising worldwide, using data mined from its network of 35 billion+ ad impressions.

The findings of the report will be presented today by Mahi de Silva, EVP of Consumer Mobile for Opera, during his opening keynote at Mobile + Web DevCon in San Francisco. I had a chat with de Silva yesterday and received an early look at the report. Let’s take a look at some of the findings.

The iPad is not a phone, but still worth noting: the tablet computer delivers an average of $3.96 across Opera’s mobile ad platform.

For your comparison, Research in Motion’s BlackBerry and Microsoft’s Windows Phone platforms show an average eCPM of $0.64 and $0.20, respectively. 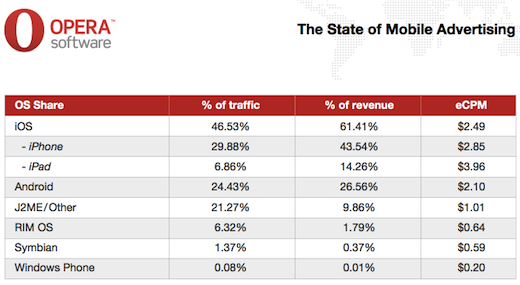 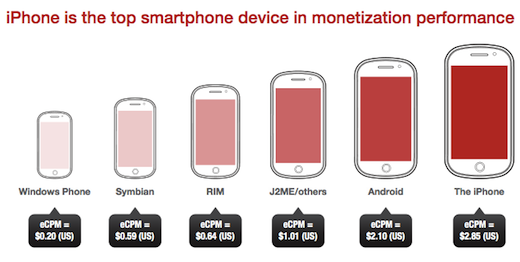 According to Opera’s Rich Media Index, 66 percent of users that click through to a video will complete that interaction, with an average dwell time of 52 seconds. Photo-taking capabilities warrant an even higher dwell time (1 min 25 secs), and de Silva says roughly half of consumers will continue to interact with the ad post-click. 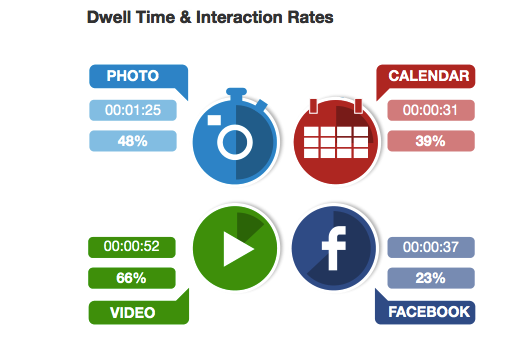 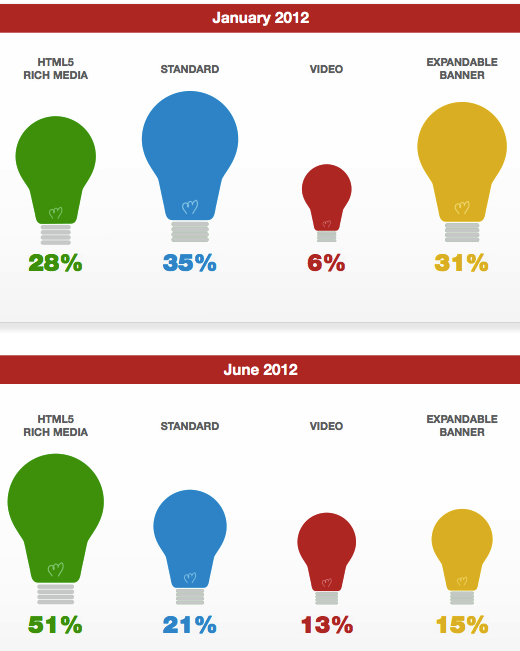 Taking into account that Opera primarily targets premium publishers (clients include CBS, News Corp, BBC, Condé Nast and Bloomberg), the majority of ad requests are generated in the United States and Canada, with 73 percent of the global total.

The average eCPM of mobile ads is also the highest in the United States at $1.98, closely followed by the EU5 (France, Germany, Italy, Spain and UK) at $1.94. 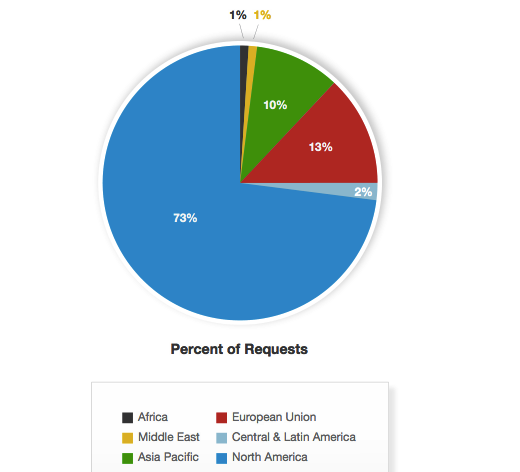 Zooming in on revenue categories, Opera found that ‘Business & Finance’ is the top category, as it generates more revenue per ad impression than any other category, including News, Games, Sports and Health. 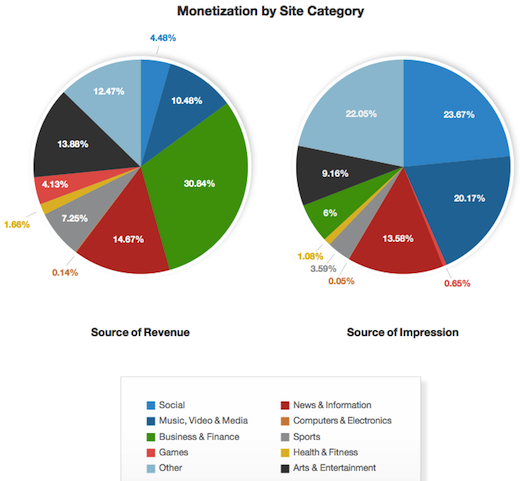 Opera Software expects to book roughly $50 million in revenue for the second quarter of the year, and de Silva tells me mobile advertising is poised to become an increasingly important part of its revenue stream in the future.

And no, we don’t know if Facebook is going to buy Opera. Yet.