With October now nothing but a fading memory, we thought we’d take a retrospective look at some of the more notable apps to hit our radar over the past month. So without further ado, here’s a quick snapshot of some of the best across Android.

Circa was already one of our favorite news reader apps for the iPhone, breaking stories down to only the essential facts, quotes or photos. And last month, it finally hit Android too.

Circa is different to other news readers as it uses an in-house team of editors to create each atomized story. Every segment of the article is sourced from multiple news outlets, but it’s the staff at Circa who piece them all together and manage each story within the app. 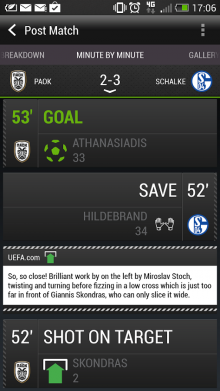 Almost two months after YouTube co-founders Steve Chen and Chad Hurley launched their latest venture, a video remix app called MixBit, October saw it land on Android too. As with the iPhone incarnation, MixBit for Android lets users create their own sixteen-second video clips and share them with other users.

It’s not like Vine or Instagram though – through the website, users can add to and remix videos made by other users, and create pastiche videos of up to 1 hour in length.

A little over two months after FindIt first launched for iPhone, the email- and file-search app quietly rolled out on Android too. It connects with Gmail, Google Drive and Dropbox, though there is scope for opening this up to additional cloud-based services in the future.

With FindIt, you can opt to search for things by person, time or file-type and, crucially, you can search universally across all compatible services in one fell swoop.

Available for smartphones and tablets running Android version 4.0.3 and above, Clash of Clans lets you log-in immediately and bring over your progress from other platforms (iOS). ➤ Clash of Clans Quixey (Free)

Quixey, the so-called search engine for apps, extended its enterprise-grade platform to cover consumers for the first time with Quixey for Android, which is now in public beta. Quixey lets users search for apps without having to figure out the right title or keyword. The company’s proprietary search technology lets users find apps “that do what they want” by using natural language that doesn’t require them to know exactly what they’re looking for. So users just describe what they want to do in simple terms.

Check the official demo video for yourself:

Themer is an app that lets you completely transform your Android OS in seconds, and it entered open beta last month. Themer offers much more than just skins though – the ‘themes’ give your phone a whole new identity. To access it, simply enter your email address here and you’ll instantly receive your access code. Meanwhile, check out this promo skit. 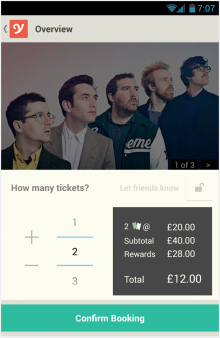 YPlan, the app that promises to find you and your friends something to do in New York or London (for now) launched on Android last month, bringing its full curated list of events.

It suggests things for you to do, such as going to see Chessboxing, Rebel Bingo, Future Cinema, Beyoncé, Ellie Goulding or Louis CK, and it can be booked in two taps, with no need to print out any tickets. 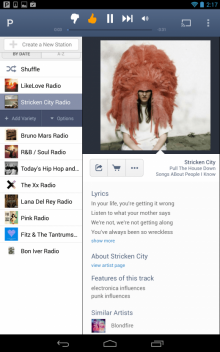 Pandora launched a new tablet-optimized Android app for its Internet radio and music recommendation service in the US, Australia and New Zealand. The experience was designed from the ground up to take advantage of the added screen real estate offered by larger devices.

Aviate is a stunning, smart new Android homescreen built for the age of context. It is still in private beta though, available by invite-only, but it does offer a fresh take on what a mobile homescreen should look like.

Coming from a Silicon Valley-based team that includes two ex-Googlers, Aviate shuns the familiar rows of app icons that we’ve grown accustomed to, and makes a big bet – that it can know what apps and information you need before you do.

If Google Now knows you, Aviate wants to do the same for your phone. ➤ Aviate Aero (Free)

The service, which uses an array of tiny antennas to pick up local TV broadcast signals and pipe it to individual subscribers over the Internet, is US-only and is not available to all. Currently the service is open to those in New York, Boston, Atlanta, Salt Lake City, Miami, Houston and Dallas – but there are plans to widen that this year and throughout 2014.