We don’t know very much about our universe. We’re fairly certain it exists, but we don’t know how it got here, how long it’s been here, or how big it is. Heck, we don’t even know if our universe is unique.

Ever since Albert Einstein came up with the theory of relativity and other scientists realized that classical physics and quantum mechanics don’t really line up, we’ve been trying to reconcile those worlds.

Many theoretical physicists believe that bridging the gap between obvious reality (classical physics) and the wacky quantum realm could help us finally understand the true nature of our universe.

As far as we know, there’s no such thing as a “god’s eye view”of the universe. We can’t just zoom out in space and time and figure out what’s going on like we’re dealing with a 3D model.

Instead, we have to use math to describe all the features of the universe beyond those we can directly measure with sensors and observations. Basically, scientists take the cosmic events they can observe and measure, and use them as data-points to help inform hypotheses about all the things that could happen beyond our field of observation.

And, when it comes to describing the universe, we need a theoretical framework that can unify classical and quantum physics with an explanation that makes sense of mysterious occurrences in both worlds. That’s where singularities come in.

Why black holes though?

Einstein and his longtime research partner Roger Penrose spent a lot of effort trying to figure out singularities because they’re among the most powerful, exotic objects in existence that we know of. They literally bend light, space, and time. If we can figure out what’s really going on inside a black hole, we’ll be well on our way to determining what’s happening everywhere else in our universe.

The problem: We have absolutely no idea how to physically study a black hole. As far as we know, anything that gets close enough to slip over the event horizon of a singularity is gone forever.

Scientists have long posited that black holes could contain exotic space materials that could have been present at the universe’s genesis event – most commonly thought to be the “Big Bang.”

But, that’s just a guess. As to what’s actually inside of them: we can only theorize.

M-theory, or string theory, has long been considered a strong candidate for unifying quantum and classical physics. At the risk of grossly oversimplifying, string theory is exactly what it sounds like: instead of being made up of infinite particles, the universe is made up of strings that connect everything to everything else.

And then there’s superstring theory. This adds supersymmetry to the mix which, again grossly oversimplified, accounts for fermions and bosons, particulate objects that are essential to quantum mechanics.

An international team of researchers recently published a pre-print paper that uses superstring theory to posit a unified explanation of classical and quantum physics that not only explains the origin story for our universe, it also theorizes the existence of innumerable other universes.

And it all relies on black holes.

This provides a simultaneous resolution of both the black hole and Big Bang singularities.

And there you have it, in one fell swoop we’ve figured out that rather than being destructive vacuums from which nothing can escape, black holes are objects of creation. They’re pregnant with young universes that, one far away day, could mature to contain stars and planets and life just like our own.

No. Not really. I mean, maybe. The scientists aren’t saying any of this is true. In fact, this pre-print paper isn’t actually saying anything is true: it’s positing mathematical possibilities that could explain why black holes act the way they do.

One the one hand, they could just be sucking everything into them, as Einstein figured, because of regular old gravity-related stuff. That’s pretty much what relativity is; the more massive something is, the more powerful its gravitational pull should be. And black holes are incredibly massive.

But, if they are just acting out extreme classical physics, then we have no way of explaining how they function in the quantum realm. And the problem with that is, we’re pretty sure quantum mechanics drives the machinations of black holes.

So we need a better answer.

And even though superstring theory and the idea that black holes exist to feed energy (or dark energy maybe?) to other universes might seem unbelievable, it does make a modicum of sense.

The bulk of the paper is dedicated to describing the theory in mathematical terms, so the physicists do show their proverbial work. But, because this is a pre-print, it’s still awaiting recognizable peer-review. And we should take everything it says with a grain of salt until then.

Ultimately, this is a pretty wacky take on the typical theory of everything. But Occam’s Razor tells us the simplest explanation is often the correct one. And when you see a giant tear in the fabric of the universe that appears to be pouring unfathomable amounts of energy somewhere, it makes sense to make the basic assumption it’s a portal. 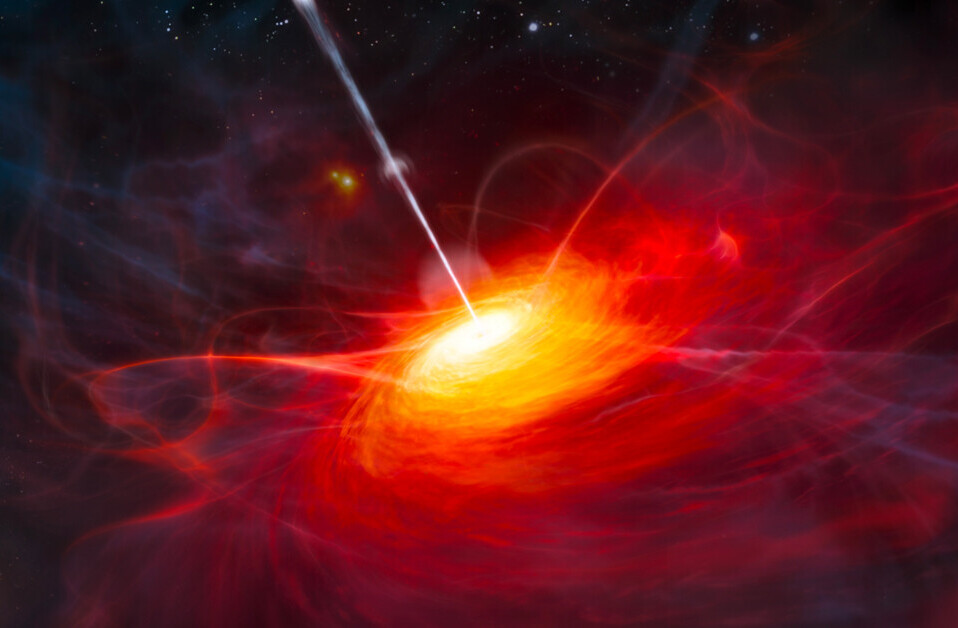 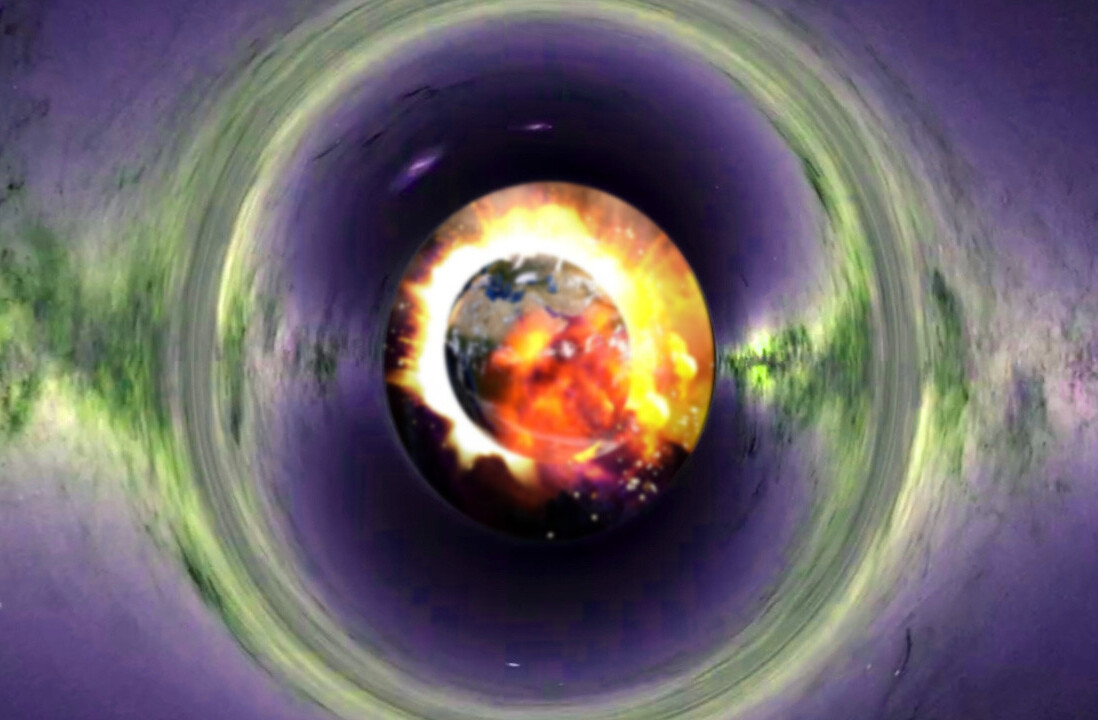