Kakao, the maker of popular mobile messaging service Kakao Talk, has taken a leaf out of Facebook’s book by launching KakaoHome, a Facebook Home-style launcher for Android devices, for users in Korea.

Kakao Talk users enjoy free text (chat) messaging and voice calls — alongside group chat, games, virtual content and more — and the launcher — first spotted by the Guardian — is an extension of that. Once installed, it provides “a customized home screen experience on your smartphone” that puts Kakao Talk at the center of the device, featuring notifications, quick replies, various Kakao-branded widgets and deeper integration than the app offers.

Importantly, KakaoHome supports all devices running Android 4.0 and above, which alleviates the issues of limited availability that have caused initial problems for Facebook Home.

The Kakao Talk service has 90 million registers users worldwide — of which more than 50 million are on Android phones — but there are no immediate plans to make the software global, a company spokesperson told TNW:

We want to focus on the local market first for the time being, and see how KakaoHome is received by our users in Korea.

The Kakao rep added that Kakao had not been in contact with Google while developing the service, and went on to explain some of its key features:

One of the most notable features of KakaoHome is the ‘notifications’ page. The ‘notifications’ page, which can be pulled out from the left side of the first page of the home screen, displays new KakaoTalk messages, KakaoStory notifications, birthday alerts, KakaoGame news and daily weather updates, all at once. The page also provides users with the option to respond to messages and open up specific chat rooms directly from the home screen, without having to launch the actual app.

Interestingly, there is a ‘snooze’ widget that shuts down sound and vibration alerts from Kakao Talk for up to eight hours, allowing anyone who is busy — at work, school or home — to at least try to disconnect from the service. 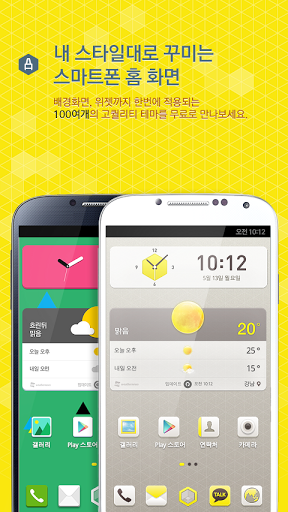 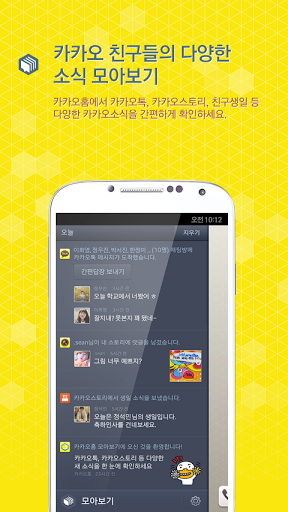 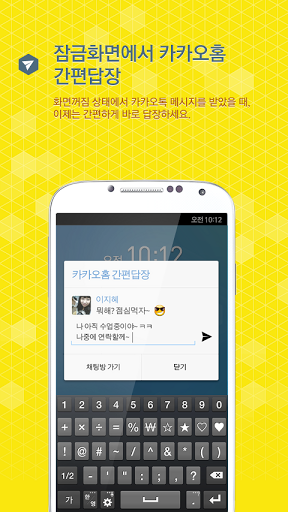 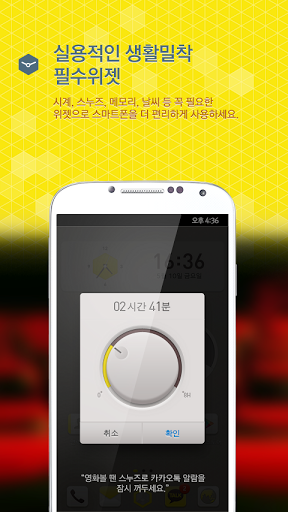 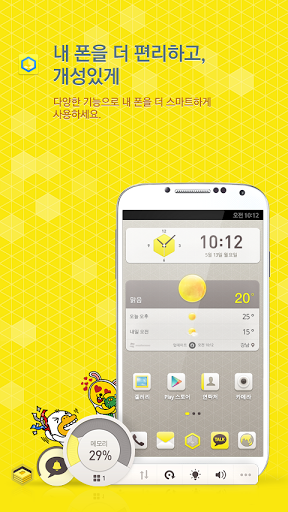 Facebook Home has struggled its way to 1 million downloads one month after its launch, but KakaoHome appears to have more promise (in Korea at least) where it is installed on more than 90 percent of smartphones. Importantly, Android holds a dominant 90 percent share of smartphones in the country, according to Statcounter data.

Released only yesterday, it already has a 4.1 star rating from 1,300-plus reviews. That’s far better than the reception that Facebook Home got, but it remains to be seen how carriers in Korea — many of which throttled Kakao Talk voice calling last year — will react to the company’s bid to ‘takeover’ their customers’ devices.

The launcher is an important step for Kakao as its Kakao Talk business begins to take off. Last year, it made $42 million in revenue, and recorded an impressive 29 million daily active users, who send 4.8 billion messages per day. The company makes money through the sale of virtual items, particularly within titles on its Kakao Games platform, while it recently introduced an ad platform to connect users and brands.

That level of engagement — couple with its mainstream presence — in Korea is likely to give the service a good footing in its home market, but expanding overseas will be trickier.

The company recently agreed to a partnership with Evernote which CEO Lee Sir-goo said would “elevate the status of Kakao Talk as a global mobile platform”, but it’s certain that the company is not widely-known outside of Asia.

Mobile messaging apps have been in the news of late after a report from Informa found that, last year, for the first time,  the volume of messages from chat apps surpassed the number sent via SMS. However, far from being an SMS replacement, mobile services (in Asia in particular) are developing into content platforms.

Kakao Talk’s Japanese rival Line recently revealed it made $58 million during the first quarter of 2013, with $17 million of that revenue alone coming from the sale of stickers (rich emoticons). Line — like Kakao Talk — already offer games, and is planning to move into music and shopping as it builds out its platform.

However, 80 percent of Line’s revenue came from Japan. Like its competitor, Kakao Talk must find ways to grow its user base outside of Korea, as well as building on its huge presence in its home market.

Here’s the full description of the KakaoWorld app, which can be found here:

KakaoHome will make your smartphone special!
* KakaoHome Notifications: Check notifications for KakaoTalk, KakaoStory and KakaoGame at once!
* Quick reply: Reply your KakaoTalk messages straight away without getting into KakaoTalk!
* Kakao Widgets: KakaoHome offers you with various widgets such as Snooze KakaoTalk, weather, task killer, clock, etc.
* Free themes: More than 100 free themes for KakaoHome are available!
KakaoHome helps you create a customized home screen experience on your smartphone.
Get it now and be a smart Kakao user with KakaoHome!