Micromax has become the first Indian smartphone-maker to introduce Windows Phone devices, after the Canvas Win W121 and Canvas Win W092 were announced. 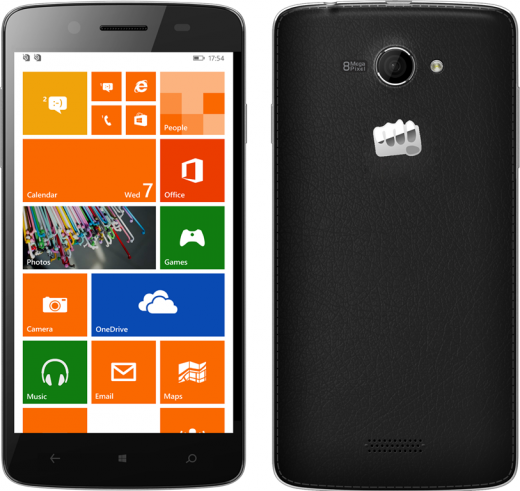 The five-inch Canvas Win W121 is priced at Rs. 9,500 (US$158), and sports an eight-megapixel rear camera and two-megapixel front-facing camera, with a Qualcomm Snapdragon 200 quad-core processor and 1GB RAM. The device includes 8GB of on-device storage, which can be upgraded to 32GB with memory cards.

The Canvas Win W092 is the cheaper of the two, priced at Rs. 6,500 (US$108). It has the same spec, but a downgraded five-megapixel camera on the front and a 0.3-megapixel snapper on the back. It is also dual-SIM, which is a draw in India.

Microsoft says the launches vindicate its decision to make the Windows Phone platform free for all devices under nine-inches in size. Micromax was announced as a partner back at Build in April.

Related: Mozilla is bringing cheap Firefox OS smartphones to India in the ‘next few months’